In the days since violence and looting erupted in downtown Boston, the presence of the Massachusetts National Guard has remained visible on the city’s streets.

The National Guard was deployed to Boston on Sunday night, after hours of peaceful demonstrations against the death of George Floyd gave way to destruction and violence. Boston police arrested 53 people, and officials said nine officers and 18 bystanders were transported to local hospitals with injuries. Dozens of businesses in the downtown area were looted and suffered damage. Since Sunday, peaceful protests have continued daily in the city and across Massachusetts, with thousands of people demonstrating against the deaths of Black Americans at the hands of law enforcement.

Below, a look at scenes from downtown Boston since the unrest erupted on Sunday. 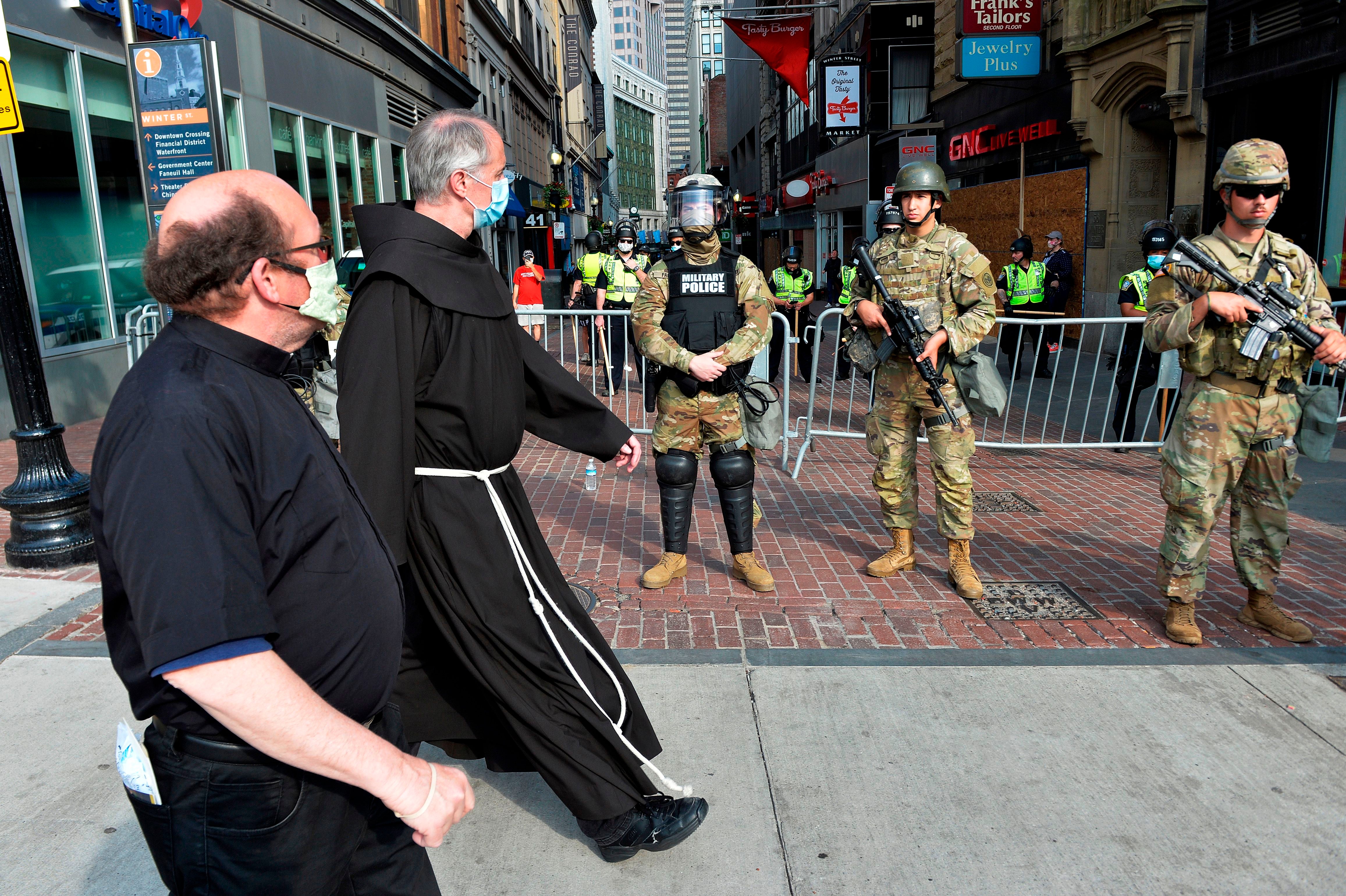 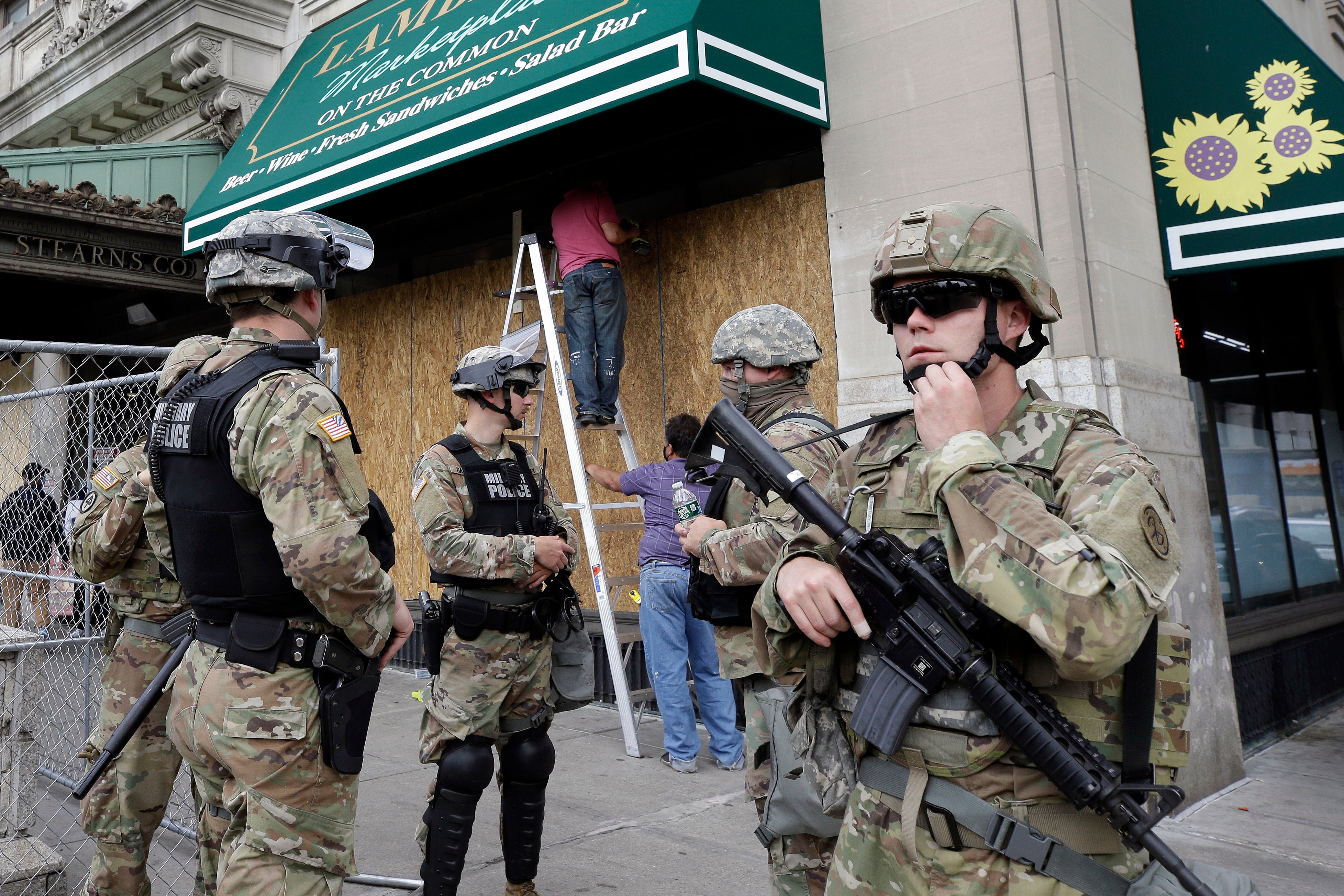 National Guard troops from Taunton stand across the street from Boston Common on Wednesday. 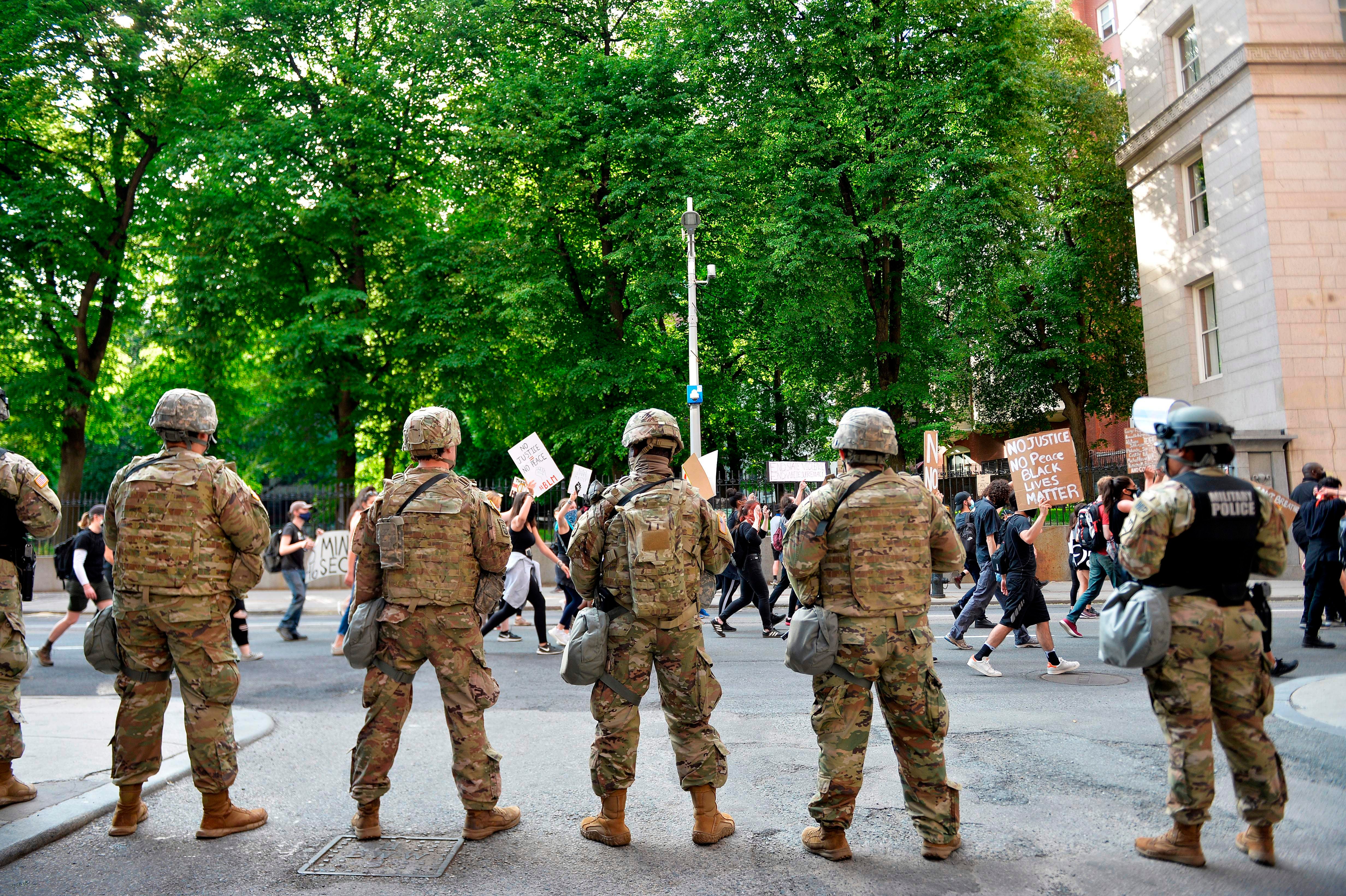 National Guard soldiers stand in a line during a “Black Lives Matter” rally and march on Wednesday.

The National Guard is still out in force in downtown Boston. pic.twitter.com/Pa0Ucg0u8T

These are military police, heavily armed, at the site of the Boston Massacre. There are several sizable groups of them as well as an armored vehicle. #bostonprotest pic.twitter.com/w4OQBtOCnA

Military vehicles and troops with automatic weapons on Boylston Street in Boston#Boston#NationalGuard pic.twitter.com/zg7W6RGch8

It’s raining in Downtown Crossing now. A bunch of military police are on Washington Street. No protesters. pic.twitter.com/VLkdpCIrL6

The marked military police vehicles are back at Park Street and at Downtown Crossing. And all around them people are walking around like things are (sort of) normal — occasionally somebody stops to take a picture. pic.twitter.com/6Nii0RssBz

To give you a sense of the seriousness of what’s going on in Boston right now, I haven’t seen humvee on Boylston Street since the Boston Marathon bombing. I just saw three on Boylston and three on Newbury Street. pic.twitter.com/1p57cqAdaf

Across town from the Black Lives Matter Boston rally in Franklin Park, police are walking down a boarded-up Newbury Street batons in hand, and military police just rolled up. They’re telling people to stay safe. pic.twitter.com/NyxmFpMkkN

The last time I remember the national guard in #Boston was after the bombing and they were SPARSE. Today, all of downtown and back bay are closed and boarded up with ntl guard on every corner with humvees and weapons. Totally proportionate response to potential looting. Damn pic.twitter.com/PGFZIIndOe

Just another spring night in Boston, where the National Guard has taken over many corners. pic.twitter.com/wTvdDPZQnf

Cops with large sticks. Military police with assault rifles. Humvees with what might be water cannons. This is one corner of America tonight. pic.twitter.com/uj0EgHHLHo

And here come the Humvees, a caravan of military policeman in fatigues, patrolling downtown Boston. pic.twitter.com/bhhw7mRSwq 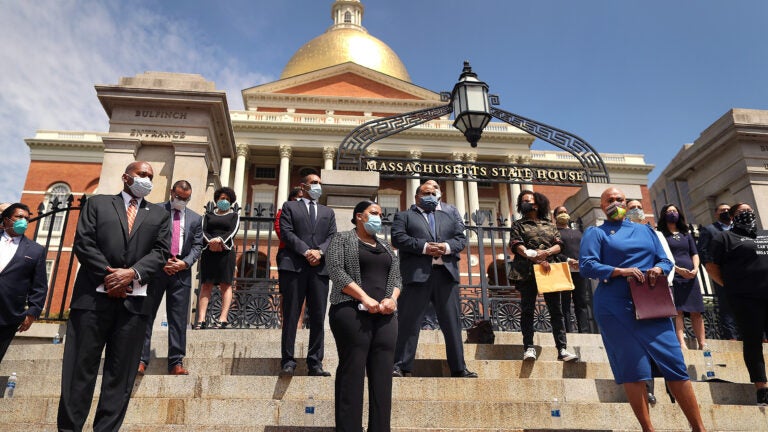