The Kingston Police Department and Rockingham County Attorney’s Office said in a joint statement that the Sanborn Regional High School students “voluntarily engaged” in what’s seen in the video and the one lying down “did not experience any impeded breathing, blood circulation or change in voice.”

In the video, one student can be seen lying on the ground face-down while another kneels on his neck holding what appears to be a gun. Both appear to be laughing, and the one lying down yells, “I can’t breathe.” Floyd, the Black man killed in Minneapolis police custody last week, uttered the same words before he died.

The statement noted that both agencies don’t “condone” the behavior seen in the video.

“Our agencies have become aware of the George Floyd Challenge on social media where kids and some adults are re-enacting the murder of George Floyd,” the statement said. “This behavior is hateful and will only serve to further separate the citizens of our country. Now is the time to bring people together with acts of kindness, tolerance and respect.”

School officials said “several students and community members” came to them late Monday afternoon to report the video. Officials then reported the incident to the police.

“The Sanborn High School and School District condemn this insensitive and offensive conduct,” the school district said in a statement. “Conduct of this nature is unacceptable and has no place in our schools, in our community, or in our country.”

A Change.org petition was created to demand the expulsion of the students. As of Friday, it had received over 1,300 signatures.

Kingston police and the Rockingham County Attorney’s Office noted that strangulation is a Class B felony in New Hampshire.

“If any member of our community commits the crime of strangulation as a result of engaging in this so-called challenge, he/she will be prosecuted to the fullest extent of the law,” the statement said. 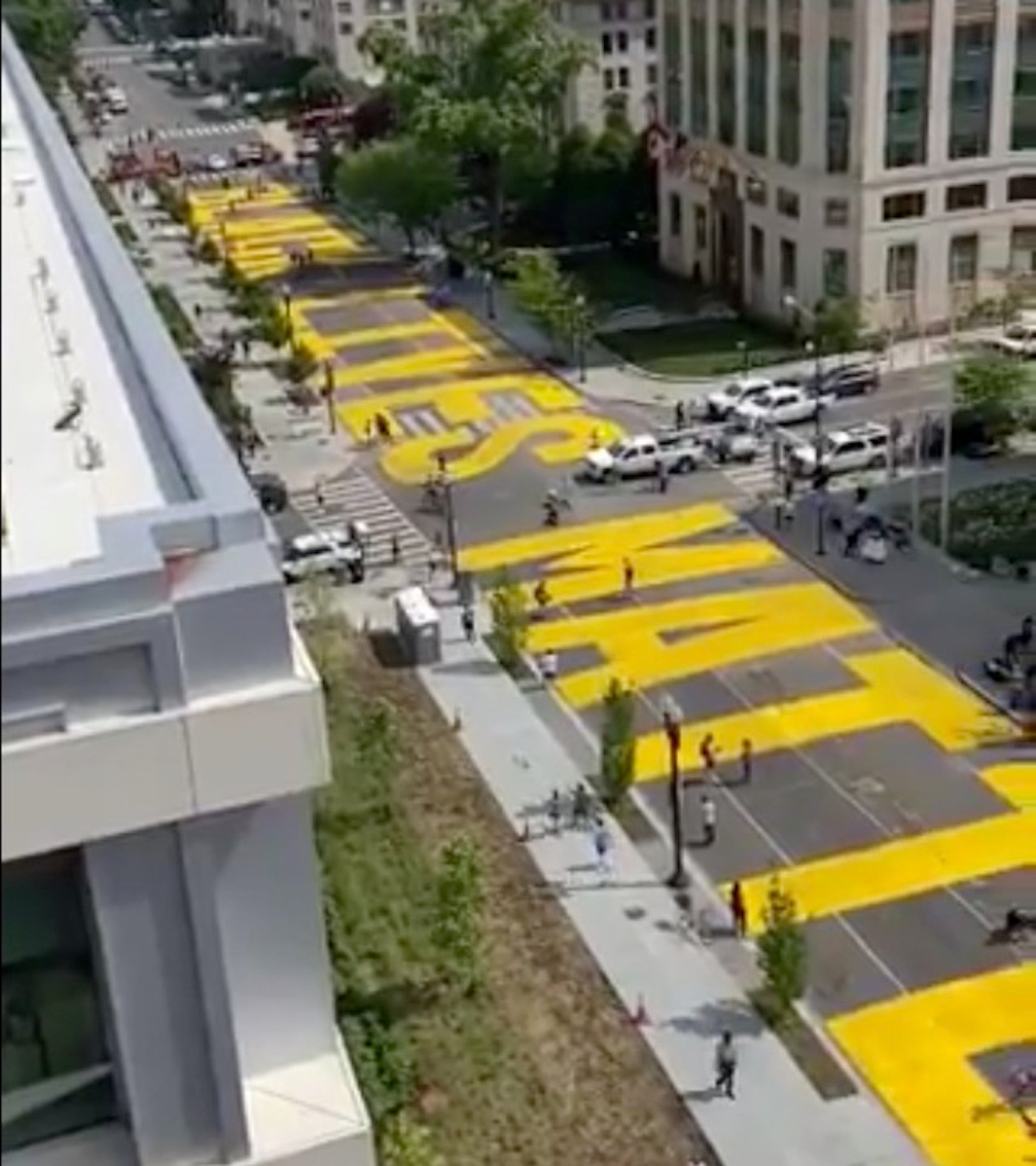 In giant yellow letters, Washington, D.C., mayor sends a message to protesters — and to Trump