Massachusetts communities once again held protests Tuesday, calling for justice for George Floyd and other Black Americans who have been killed by law enforcement.

A speak-out against racism was held outside Boston City Hall, where speakers also called for the renaming of historic Faneuil Hall. Protesters also gathered in Revere, Watertown, and elsewhere in Massachusetts.

Here are photos and social media posts from Tuesday’s protests. Outside Boston City Hall, a speak-out against racism was held by the New Democracy Coalition. Speakers also called for a name change for Faneuil Hall. 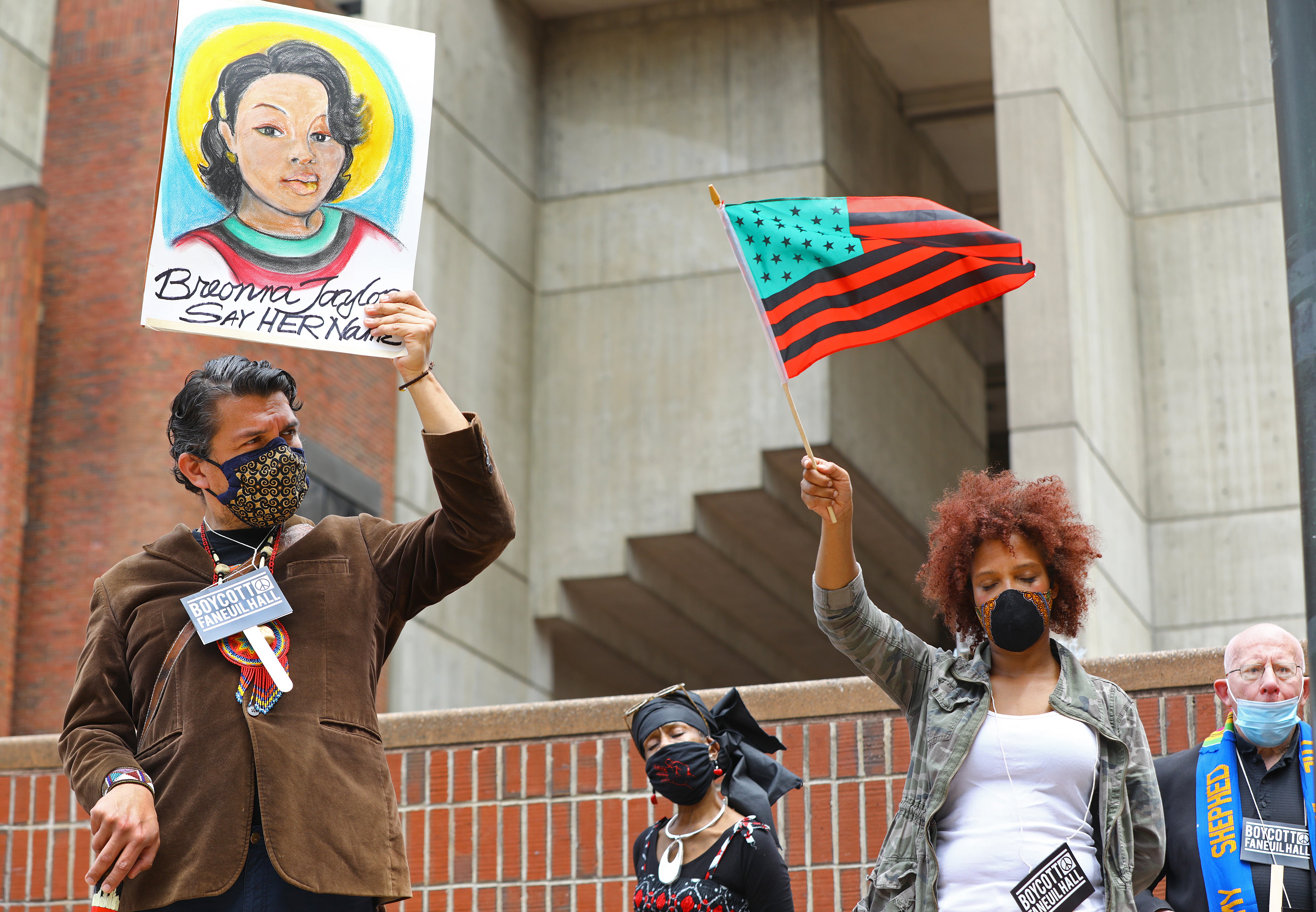 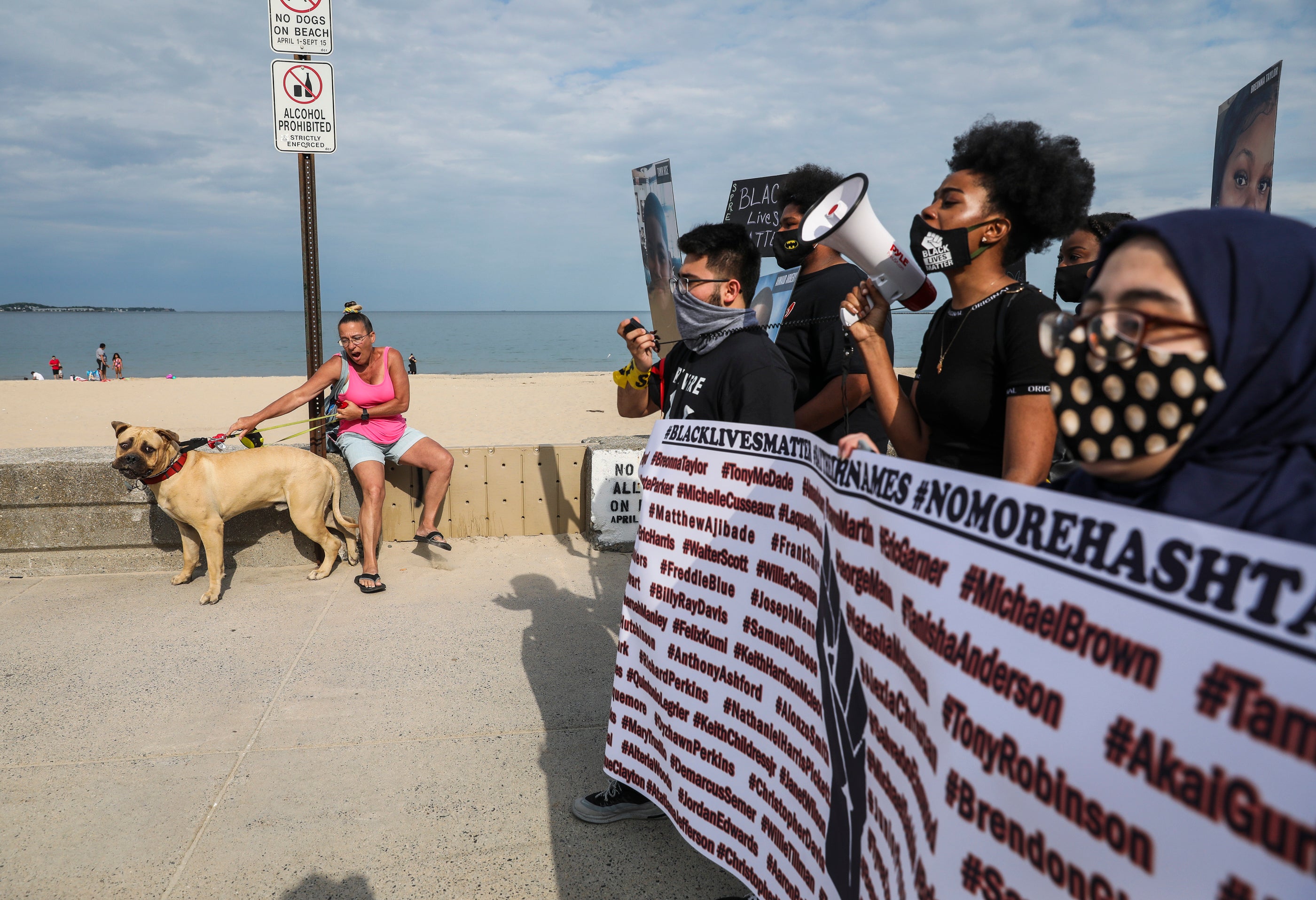 Hundreds marched along Revere Beach on the way to Revere City Hall in a demonstration for George Floyd and others killed at the hands of law enforcement. 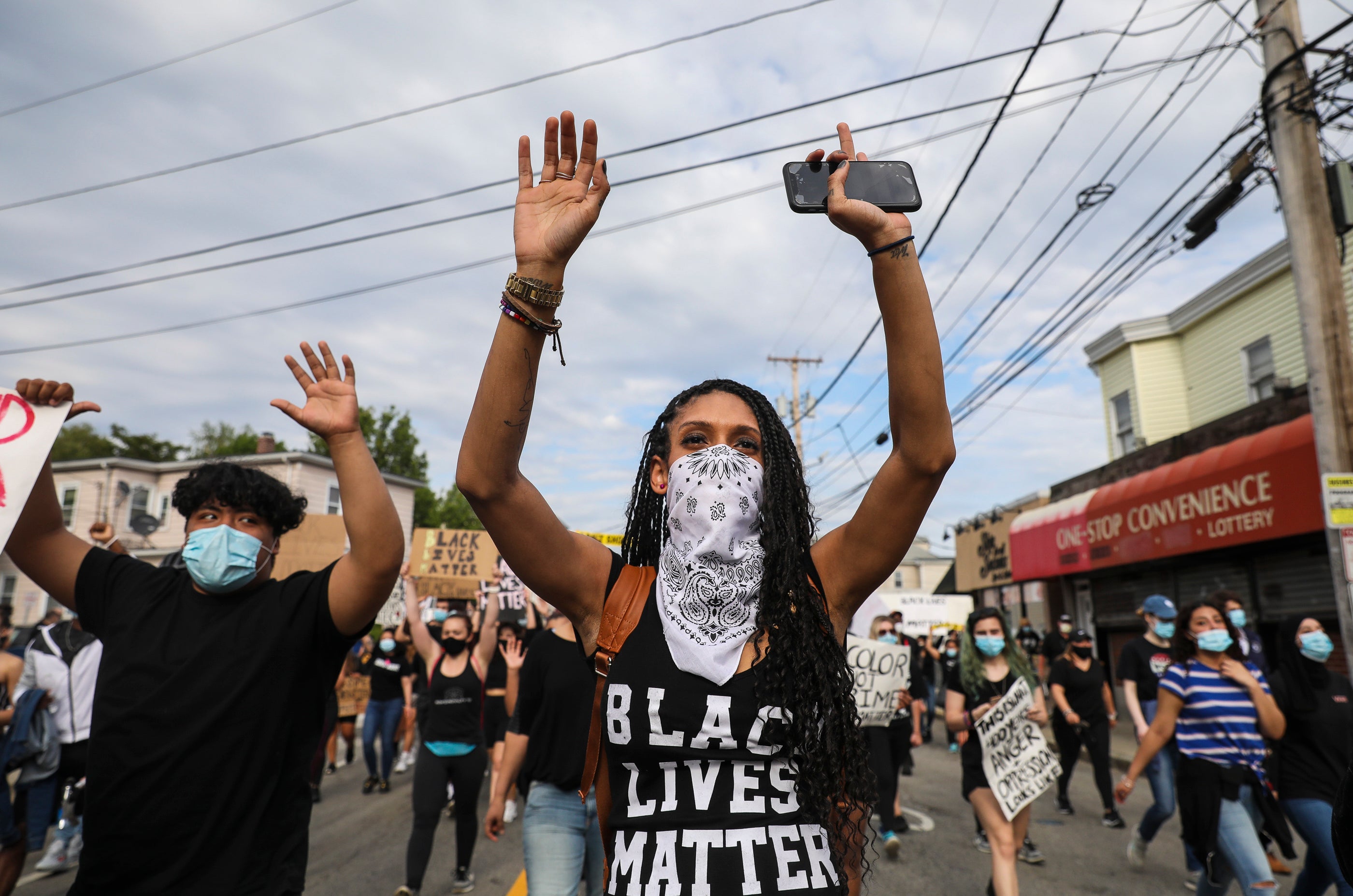 Ella McClurken, of Taunton, holds up her hands and shouts “hands up, don’t shoot” while marching in Revere. 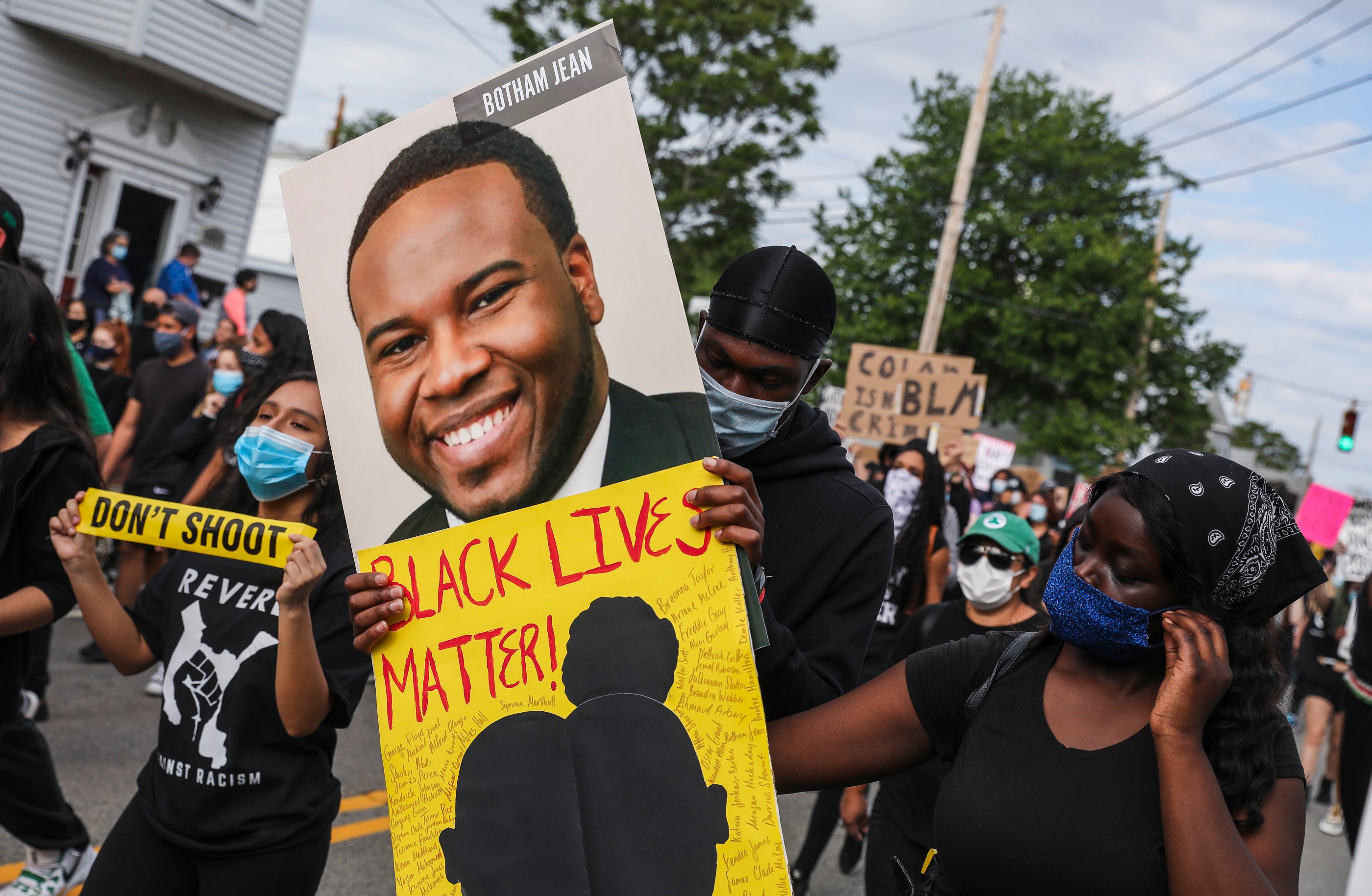 A demonstrator held a sign for Botham Jean, who was killed by a white Dallas police officer in 2018. 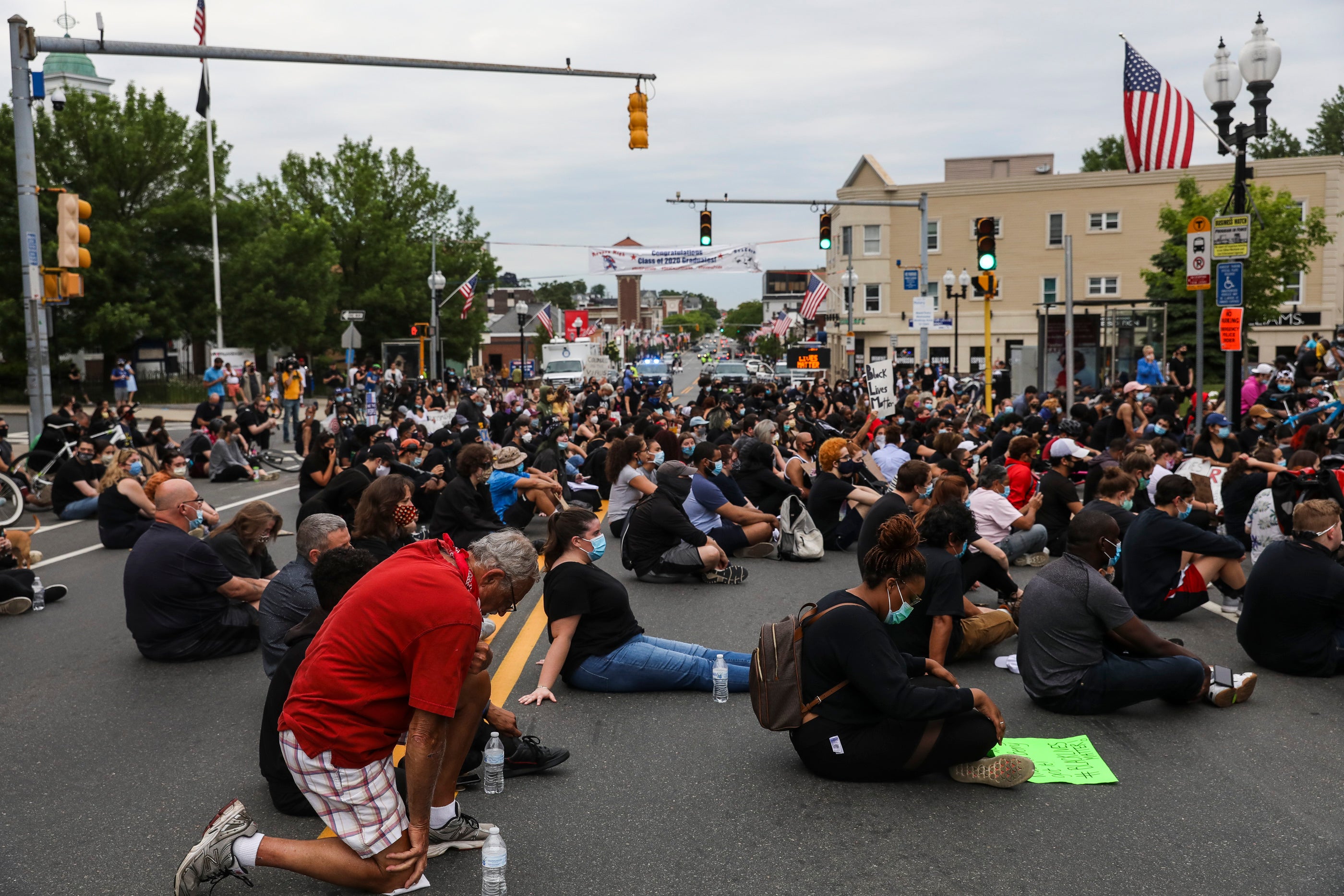 Hundreds took a knee in front of Revere City Hall for 8 minutes and 46 seconds, the amount of time a Minneapolis police officer knelt on George Floyd’s neck. 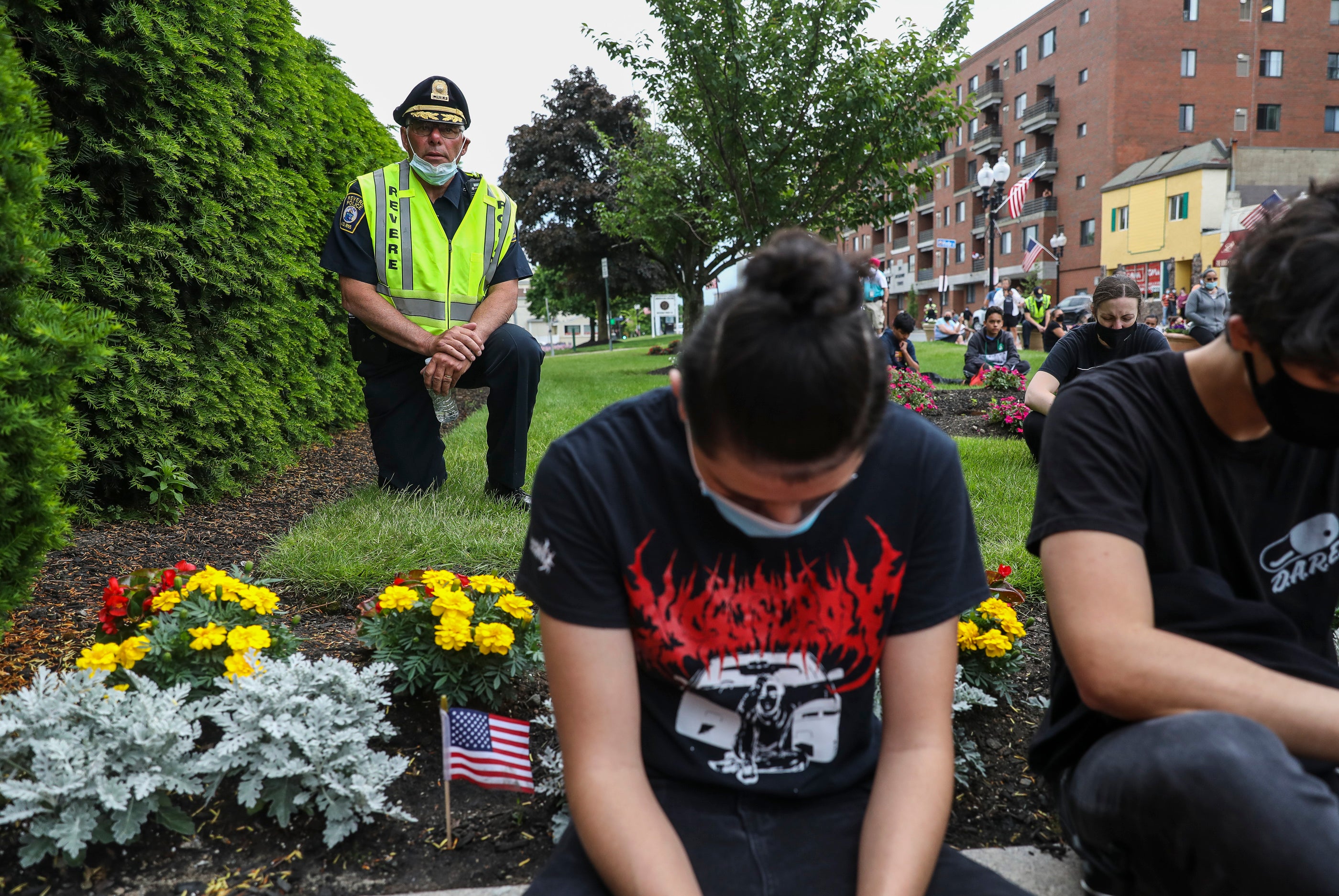 Revere’s police chief joined others in taking a knee in front of Revere City Hall.

Another record-setting crowd in Watertown Square tonight, thanks to all the young folks who organized the march. pic.twitter.com/Z5RyMy3Yj2

A small group is standing out in support of Black Lives Matter at Worcester’s University Park. They say they’ll kneel in solidarity for 8 minutes and 46 seconds at 12:30 @telegramdotcom pic.twitter.com/r6V5C6o5hb 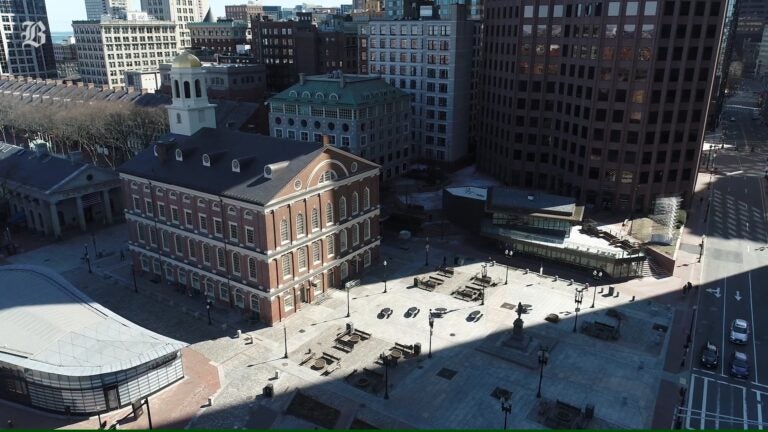 Activists speak out in continuing push to rename Faneuil Hall