A 38-year-old bus driver was arrested last week after he allegedly veered his bus off Main Street in Greenfield, driving up onto the sidewalk, and crashing into a stone wall and a building in an attempt to run over a Black man and his two kids.

Greenfield police said in a Facebook post that the Franklin Regional Transit Authority driver, Steven Connell, of Gill, had attempted to ram the group after they exited his bus near Hope Street around 3:34 p.m. last Thursday.

Connell allegedly got off the crashed bus, chased after the man, and began attacking him until a Greenfield firefighter pulled him off the victim.

On Thursday, June 4, 2020, at 3:34PM, officers were dispatched to the area of Main Street near Federal Street for a…

“Officers spoke with the driver, Connell, who stated one of the younger males was making hand gestures about having a gun on the bus leading him to believe they had a firearm so he attacked them,” police wrote in their post. “Upon asking he confirmed he crashed the bus in an attempt to get them, the Black male and two juveniles.”

Police confirmed that the man did not have a firearm.

Another person, who was sitting on the sidewalk, was almost struck by the bus when Connell drove it off the roadway, police said, adding that none of the victims reported injuries.

Connell was brought to an area hospital for an evaluation where he also ended up kicking a hospital employee, according to police.

Multiple local officials stormed social media on the issue, expressing their frustration over the incident.

“What happened in Greenfield is completely unacceptable,” Massachusetts Attorney General Maura Healey said in a tweet. “We will not stand for anti-Black violence.”

What happened in Greenfield is completely unacceptable. We will not stand for anti-Black violence. If you believe you have been the victim of race-based violence or discrimination, call our office at (617) 963-2917 or file a complaint online: https://t.co/V03XtI0unO https://t.co/qmabPWUX2E

“A father + his 2 sons were the subjects of a horrendous racist attack,” she wrote in her tweet. “A white driver crashed his bus intentionally to attack this family of color before physically assaulting them.”

Yesterday in @GreenfieldMA, a father + his 2 sons were the subjects of a horrendous racist attack. A white driver crashed his bus intentionally to attack this family of color before physically assaulting them. The Franklin County delegation joined together in response. #mapoli pic.twitter.com/3WylXkxOt2

The Franklin County delegation joined together, releasing a joint statement detailing their horror over the attack.

“The violence experienced by Mr. Erik Rudder and his children is horrifying. It’s an outgrowth of the insidious, systemic, and dangerous racism that has been present in our communities for generations,” they said. “This attack demands that we as a state elected officials redouble our efforts to dismantle racist structures and ideologies that create or perpetuate hatred and violence.”

The group of representatives and state senators pledged their support to work together against racist acts in the days ahead.

“I stand with my colleagues against all racially motivated attacks,” Susannah Whipps, the second Franklin District state representative said in her tweet. “There’s no place for hatred, violence or racism in our Districts, our Commonwealth or our Nation.”

I stand with my colleagues against all racially motivated attacks. There’s no place for hatred, violence or racism in our Districts, our Commonwealth or our Nation. https://t.co/SGeGS2iEKt pic.twitter.com/tPDvERaHui

A GoFundMe has since been organized to support Rudder and his family after the incident, raising $22,660 of a $25,000 goal as of Thursday afternoon. In the campaign’s description, organizers also included a link to a change.org petition calling to charge the bus driver with a hate crime.

He was ordered to be held without bail after a dangerousness hearing, and was arraigned in Greenfield District Court on Friday. 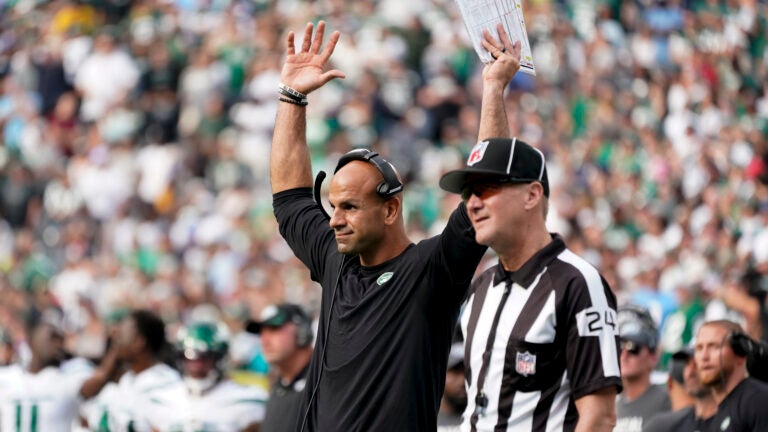