Indigenous rights groups gathered in Boston on Wednesday to call for the permanent removal of the statue of Christopher Columbus in the North End following its decapitation.

Speakers at the press conference in Christopher Columbus Waterfront Park represented the United American Indians of New England, North American Indian Center of Boston, IndigenousPeoplesDayMA, and the New Democracy Coalition, which has been calling for the renaming of Faneuil Hall for years. The gathering followed just hours after Boston Mayor Marty Walsh said the city would be reconsidering the “historic meaning” of the statue, which was taken down Thursday and put in storage as its damage is assessed.

“For our community, the message is clear,” Jean-Luc Pierite, president of the NAICOB Board, said during the press conference. “For 500 years plus, Black and indigenous people have endured a campaign of state violence.”

Mahtowin Munro, a lead organizer at IndigenousPeoplesDayMA.org and UAINE, said when she looks around the park dedicated to Columbus she sees a “beautiful space … where indigenous, Black, and people of color are not welcome.”

During his remarks Kevin Peterson, founder of the New Democracy Coalition, voiced his support for the removal of Boston’s Columbus statue and urged forward discussions for renaming Faneuil Hall, to remove the historic building’s slave trader namesake from its title.

With the recent nationwide demonstrations protesting the death of George Floyd and police brutality there have been efforts to remove statues that are considered to be representative of slavery or colonial oppression. Another statue of Columbus was torn down on Tuesday night and thrown in a lake in Richmond, Virginia.

Throughout the duration of the press conference, a man who declared himself as a resident of the North End shouted at the speakers and those gathered, at times drowning out the representatives at the microphone as he yelled his objections to the removal of the statue.

Munro said the attempt to interrupt speakers was emblematic of the silencing of indigenous voices for “centuries.”

“We will not allow ourselves to be silenced any more,” she said. 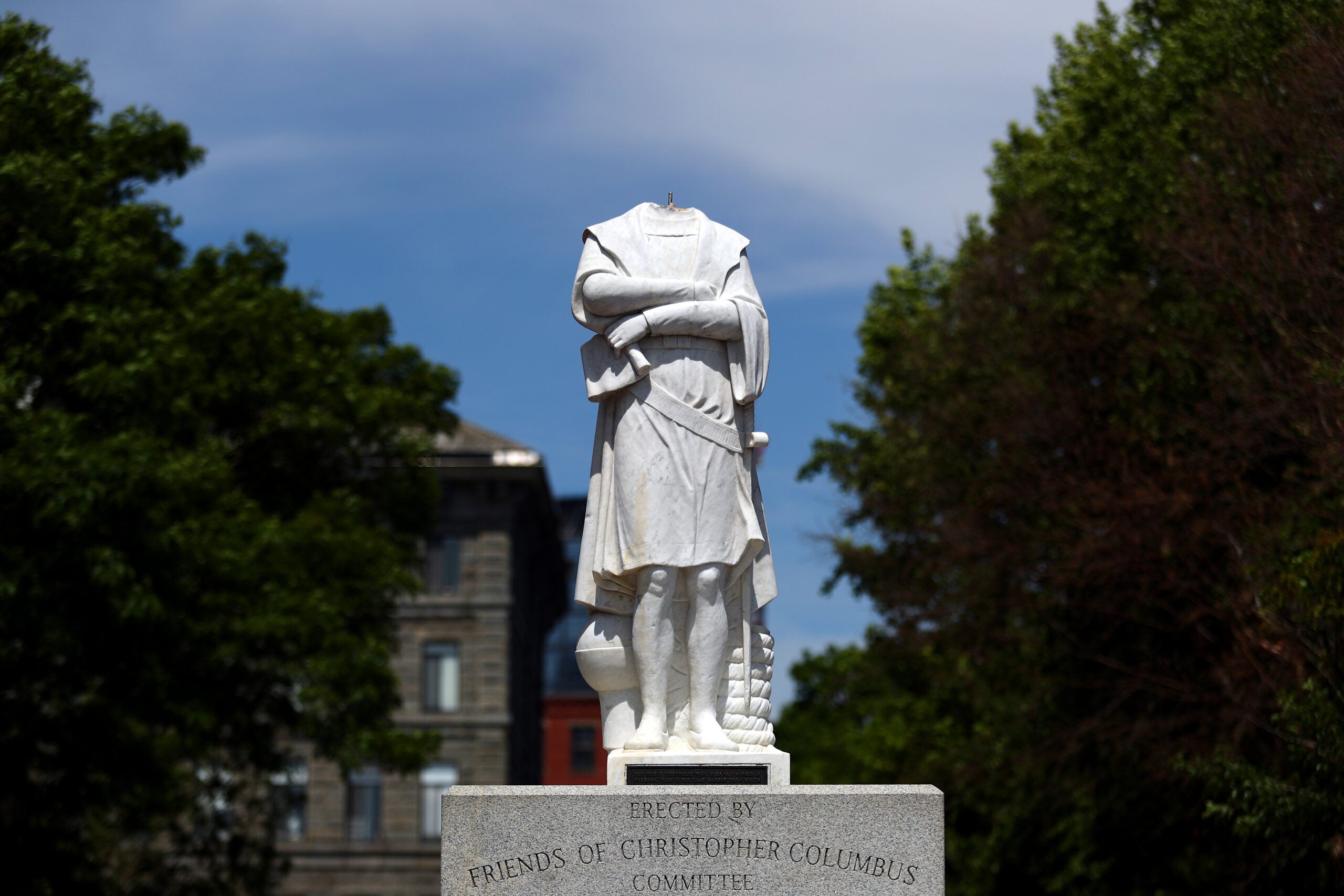