A West Roxbury traffic rotary was the setting for two separate demonstrations Wednesday evening, one supporting police officers and emergency workers and a second denouncing police violence and the killings of George Floyd, Breonna Taylor, and other Black Americans. The two protests converged at West Roxbury’s Holy Name Rotary.

A Facebook group for neighborhood residents organized the Law Enforcement and First Responder Appreciation Rally, according to The Boston Globe. A Black Lives Matter rally was held simultaneously at the traffic circle. Some participants in that protest told the Globe they took exception to the law enforcement rally, describing it as being “created to amplify the voices of police officers, and in turn silence that of Black victims.”

WCVB reported “lively exchanges” between the two groups, but no incidents.

Here are photos and social media posts from West Roxbury. Supporters of law enforcement and first responders held signs during a rally at Holy Name Rotary in West Roxbury. 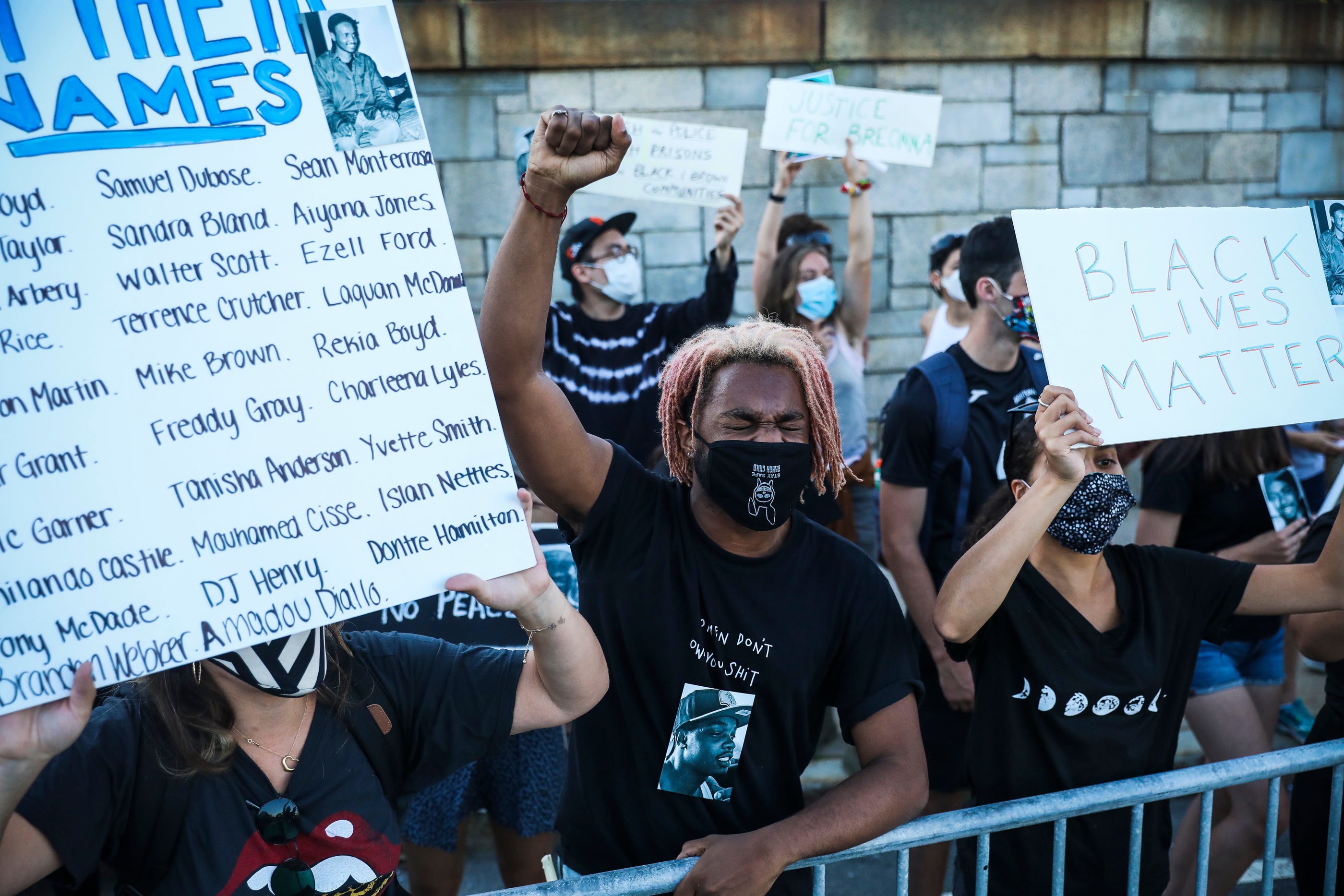 Ramon Cruz held up his fist during a simultaneous Black Lives Matter Protest at the rotary. 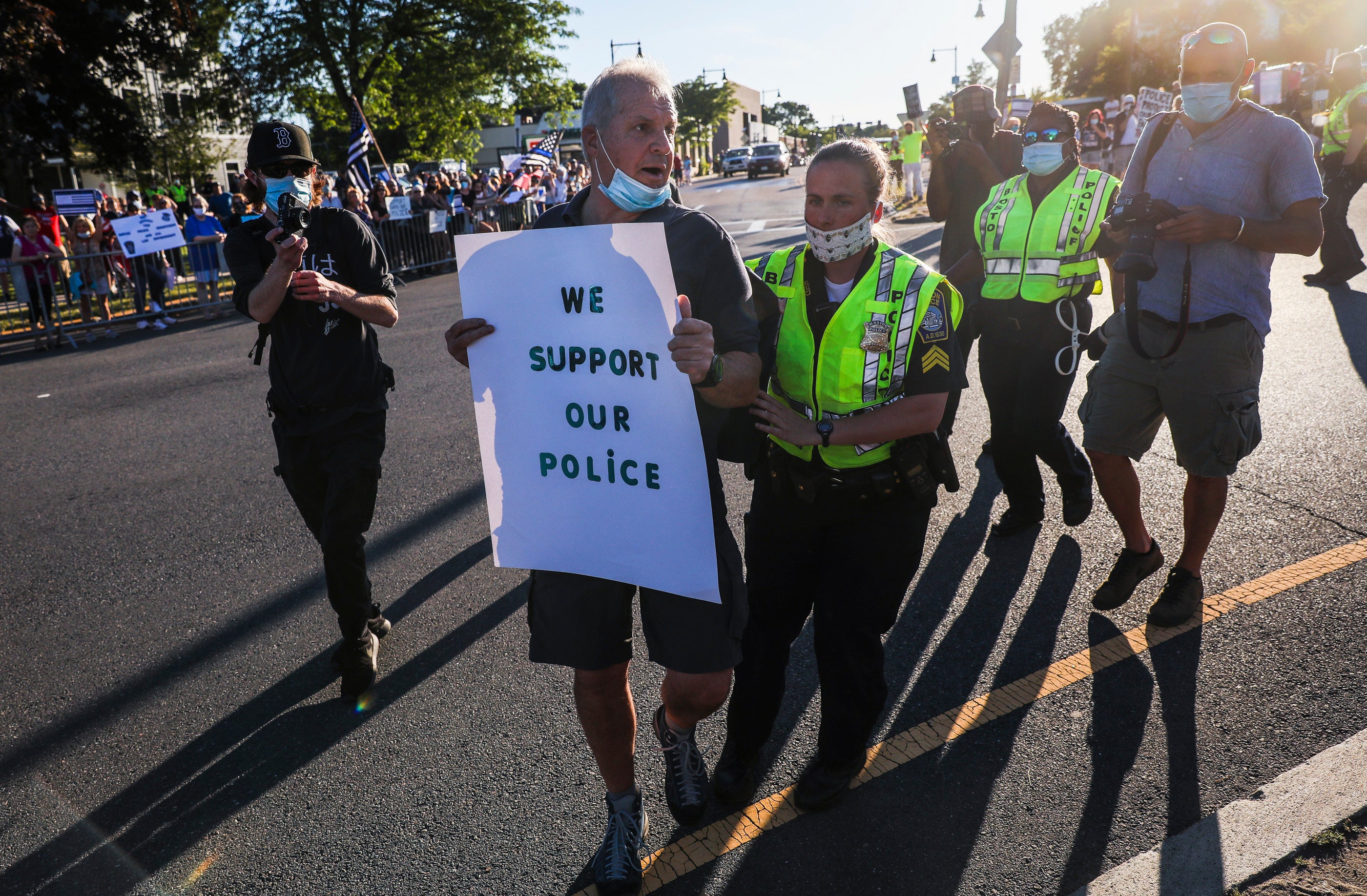 A Boston Police officer escorts a Blue Lives Matter supporter after an altercation with counter protesters. Demonstrators from both rallies held signs. An exchange between members of the two protests. A few dozen Black Lives Matter supporters standing amidst the several hundred Back the Blue supporters in Boston. Lively back and forth between the groups. #WCVB pic.twitter.com/LR5NUGuGcx

A #BlueLivesMatter demonstration tonight in West Roxbury had supporters of police and Trump locals in a verbal battle with #BlackLivesMatter activists and supporters who showed up in even numbers in this heavily pro-police neighborhood. #protest2020 @wgbhnews pic.twitter.com/AsqFD1wMt3 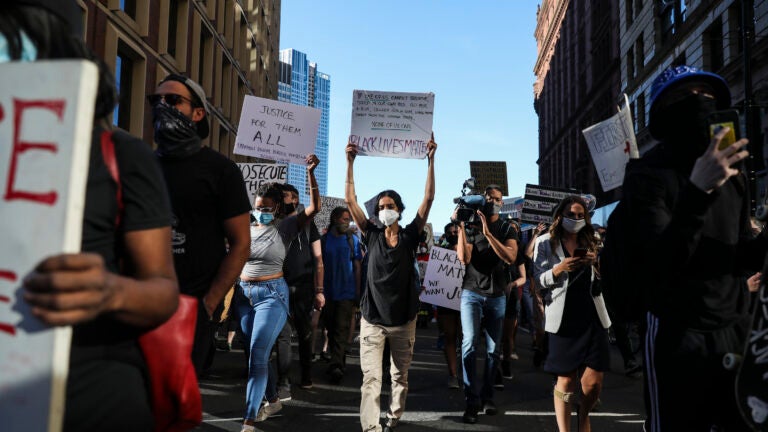