A Tuesday evening protest in Boston called for Suffolk County District Attorney Rachael Rollins to reopen cases in which Black men in Boston were killed by law enforcement.

The rally, organized by Massachusetts Action Against Police Brutality, cited the case of Terrence Coleman, who was fatally shot by police in 2016 in the South End.

Here are photos and social media posts from the event. 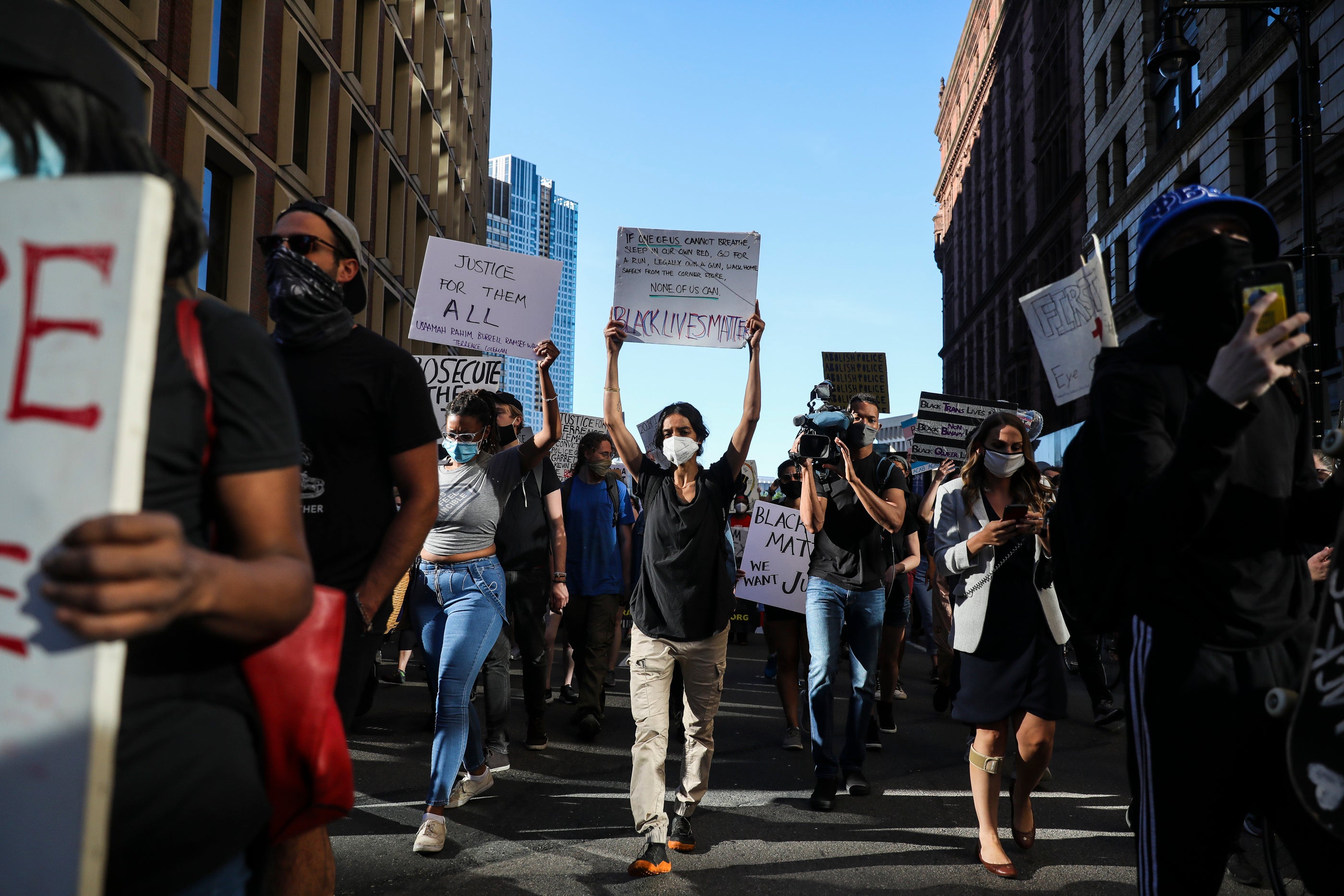 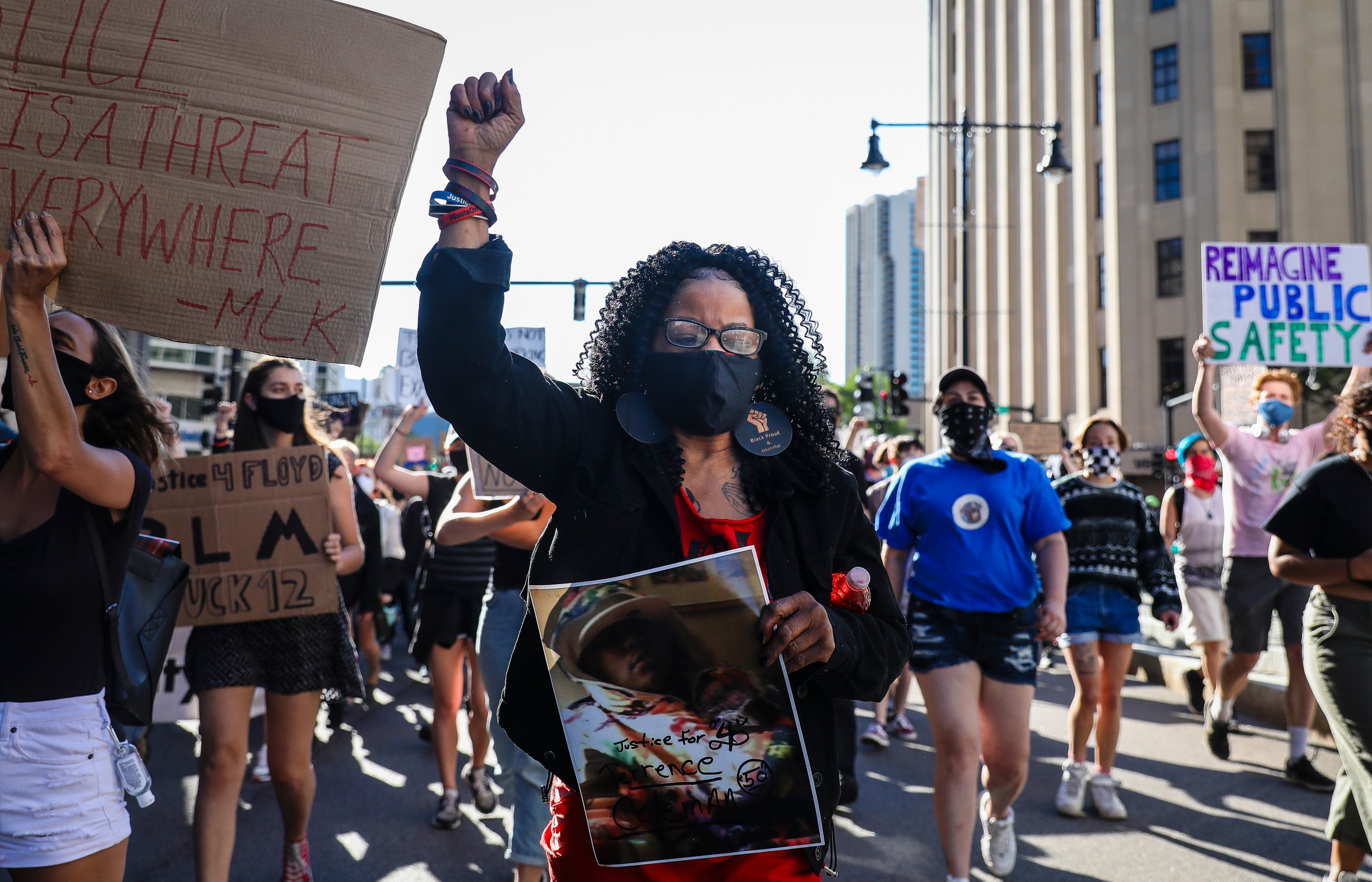 Hope Coleman holds up her fist as she marches with other demonstrators in Boston. Coleman’s son, Terrence Coleman, was 31 years old when he died on Oct. 30, 2016, after being shot twice in the abdomen by a Boston Police officer. 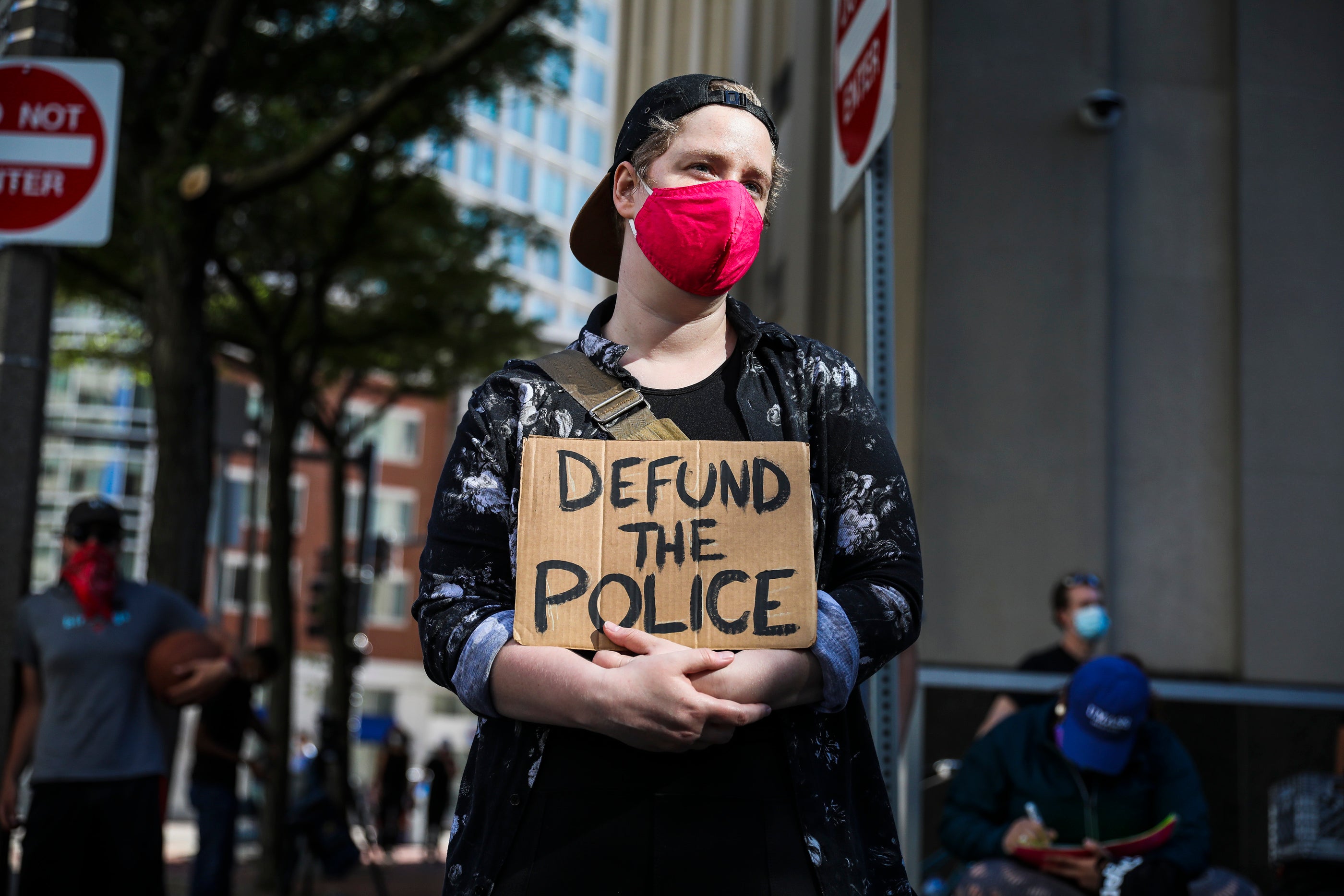 Michelle Thomas held a sign calling for police defunding during the Boston protest.

“Reopen the case!”
Demonstrators outside of the Suffolk County District Attorney’s office, calling for DA Rachael Rollins to reopen the cases of Terrence Coleman and Usaamah Rahim—two Black men in Boston, killed by law enforcement. pic.twitter.com/krihJbH38c

Protesters stop at the location where Burrell “Bo” Ramsey-White, a Black man from Dorchester, was shot and killed by a white Boston police officer in 2012. They’re now calling for Suffolk DA Rachel Rollins to reopen the case. pic.twitter.com/7TlSFy7LdH