When a New Hampshire man attempted to retrieve an air conditioner from his truck Friday night, a bear reportedly “came up behind him” and began attacking him, state wildlife officials said.

Now, authorities have set a bear trap and are asking anyone who sees the bear to report their sightings, according to the New Hampshire Union Leader.

The incident happened around 9 p.m. Friday night in Canaan, Lt. James Kneeland of the state Fish and Game Department told the newspaper.

The man was unaware of the large animal behind him as he was at his vehicle, Kneeland said, according to the newspaper.

“As he was lifting (the air conditioner) out, the bear came up behind him and pushed him against the truck and stuck his claws in his lower back area,” Kneeland said.

The man pushed the bear, and chased it off, sustaining some scratches, according to the newspaper, which reported that the man had his wounds addressed, and is recovering.

Wildlife officials believe this particular bear is the same one that was reportedly picking through garbage recently.

“This seems to me like it was entirely unprovoked,” Kneeland said, according to WMUR. ”Typically, when we hear of an incident like this, especially here in New Hampshire, the bear was cornered and maybe trying to get out of a situation where it felt trapped. In this particular instance, it ran across this gentleman’s yard and pushed him against his vehicle.”

The bear will need to be euthanized if caught, WMUR reported. 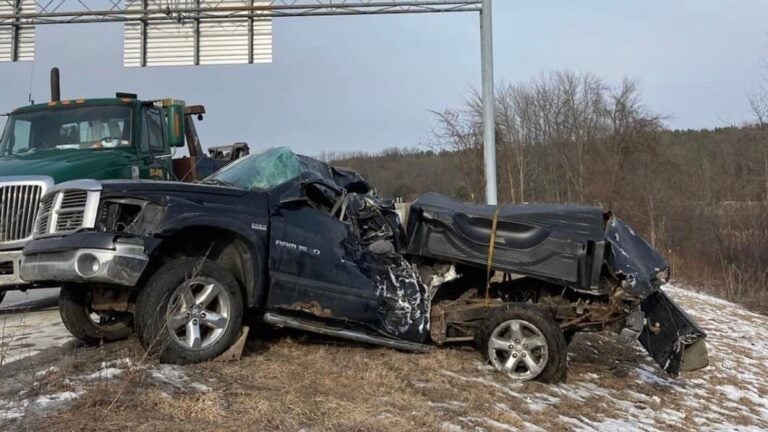 Missing man found dead in pickup truck crash off I-293