Over 1,000 people gathered in Braintree Monday night to honor Laurie Melchionda, the 59-year-old nurse and mother of three shot to death last week, allegedly by a former neighbor.

Melchionda was shot in the doorway of her 64 Howie Road home Wednesday morning. Her former neighbor, Robert Bonang, 61, is being charged with murder and firearms-related charges. Police say he posed as a UPS delivery man and shot Melchionda multiple times while holding a gun hidden inside a box bearing a UPS label. Bonang is being held without bail; he has pleaded not guilty.

Melchionda spent her career as a nurse, according to her obituary. She served for the last two years as the Weston school district’s director of nursing. Prior to that, she worked as a school nurse for the Braintree district, and at Boston Children’s Hospital.

She leaves behind her three children and husband, Robert A. Melchionda, according to the obituary.

“She was the one person that would not stop until the job was accomplished no matter what the job was,” her obituary reads. “No matter how hard or what got in her way, the job was completed to Laurie’s standards.”

Melchionda’s children spoke during the vigil as attendees held candles and wore masks. Her daughter, Juliana Melchionda, said her mother’s work as a nurse made her want to enter the field too, according to The Boston Globe.

“Mom, if love could have saved you, you would have lived forever,” Melchionda’s son, Rob, said, the Globe reported.

Here are some photos of the vigil: More than 1,000 people attended a candlelight vigil at the Braintree Town Hall to honor Laurie Melchionda, who was murdered last week, allegedly by her former neighbor. Paul Mullen, a longtime family friend, holds up a sign he created for the candlelight vigil outside Braintree Town Hall, honoring Laurie Melchionda. Joined a huge crowd of friends tonight in a solemn & beautiful candlelight vigil in Braintree to honor the life of Laurie Melchionda, member of Braintree Board of Health, Director of Health Services for Weston Public Schools & former school nurse for the Braintree Public Schools. pic.twitter.com/QYiBbIWKhn

“She was a force for good.” Anthony Melchionda tells a crowd gathered in memory of his mother Laurie who was killed–police say by a former neighbor. @KristinaRex live with more on a night of tributes @wbz 11pm pic.twitter.com/2NEmUkZvkh 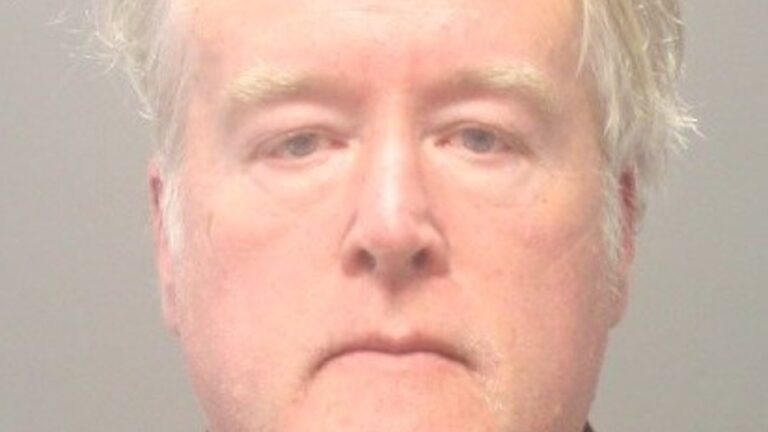 A man disguised as a UPS driver allegedly shot and killed a Braintree woman at her door. Here’s what we know about the case.