Three Boston city councilors behind a proposal to direct nonviolent, noncriminal 911 calls to health care and outreach workers say the system could save money while relieving law enforcement of responding to incidents that go beyond the scope of their jobs.

Edwards and others said the proposal is geared toward making public safety more efficient.

“This is not a ‘replace the police’ conversation,” Edwards said. “This is how do we increase safety in the most community-based and centered way?”

The ordinance, now slated to go before the council’s Committee on Government Operations, asks the city to build a plan for the system within 90 days. Ultimately, it would connect people calling in to mental health workers, health care professionals, outreach workers with backgrounds in homelessness response, and others with specialized training, officials say.

The filing comes amid the nationwide push to pour more public resources into violence prevention and public health efforts through reallocating funding from local police, as the country grapples with the longstanding ramifications of systemic racism and scrutinizes police practices.

The council, by a narrow vote after heated debate on Wednesday, passed a $3.6 billion operating budget for the coming fiscal year that reallocates $12 million from the police overtime budget into mental health, housing, and public health programs, and other efforts. Critics said, however, the budget didn’t go far enough in addressing those issues and deep-seated racial inequities in the city.

While the outburst of national activism was spurred by the death of George Floyd, the Black man killed in police custody in Minneapolis last month, Wu said the ordinance filed Wednesday directly connects to the death of Terrence Coleman, a 31-year-old Black man shot and killed by police on a South End street in October 2016.

Coleman, who suffered from paranoid schizophrenia, was shot twice in the abdomen after allegedly swinging a kitchen knife with a 5-inch blade at officers and EMT personnel, according to WBUR. Former Suffolk County District Attorney Daniel Conley ruled in 2017 that Officer Garrett Boyle was justified in shooting Coleman, although Coleman’s mother, Hope Coleman, has denied that her son had a knife during the incident.

“I should have never had called 911 because look at me now, I don’t have my child,” Hope Coleman told Boston 25 News during a protest this month, where demonstrators called on local prosecutors to reopen cases of people killed by Boston police.

Terrence Coleman is mentioned by name within the ordinance.

“As we are having a conversation about how to structure our public safety and public health infrastructure in Boston, we need to move towards responsiveness to the voices who have been crying out and wanting (us) to both deliver services and do it in an efficient and effective way,” Wu said.

Councilors say similar, various models have been used in cities around the country, including in New Orleans, Dallas, Miami, and Eugene, Oregon, where arrest and homelessness rates dropped after such a system was put in place. According to officials, those systems have also saved municipalities expenses, such as in transports, hospitalizations, and incarcerations, although councilors did not offer specific savings.

“This ordinance is about structural change and how we keep people safe and also can increase trust in our government,” Edwards said. “National polling shows that across party lines people want options when it comes to public safety.”

Edwards envisions the option to serve calls reporting incidents such as crowds of teenagers being too loud or setting off fireworks in a local park, seniors missing due to a mental health illness, and other nonviolent situations.

“We’re talking about actually the fact that police are asked to do too much,” said Edwards, who plans on bringing police and EMS to the table in crafting the program. “They’re asked to be mental health counselors, youth workers, marriage counselors. They’re asked to deal with all sorts of different things, and, in many cases, they don’t have the training for it, and, in other cases, they shouldn’t be doing it.”

According to Councilor Michael Flaherty, Boston saw 683,346 calls for 911 services last year “for everything from A to Z.”

Flaherty thinks the addition would be supported by first responders, but said the approach will have to strike a balance between theory and practice.

The system will require “buy-in” from sectors whose professionals would be tasked with responding to those calls, he said, pointing to mental health emergencies and domestic incidents.

“Those types of situations go from bad to worse real fast, particularly if someone gets violent,” Flaherty said.

Mejia said mental health experts will also be brought into the conversation.

“This is our chance to better serve members of our community, and it’s crucial that we take the time to get it right,” she said. 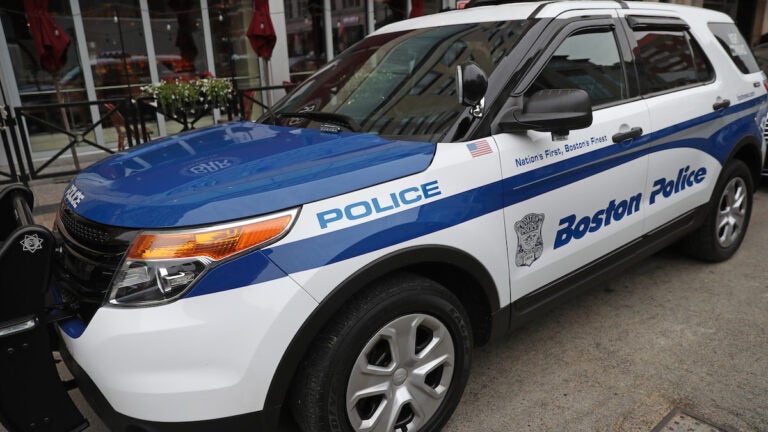