The Boston Planning and Development Agency has taken aim at the operator of Faneuil Hall Marketplace, saying they’ve lacked in providing assistance to the historic property’s restaurants, shops, and small businesses during the financial ramifications of the coronavirus pandemic.

Brian Golden, director of the BPDA, which owns the site, wrote to New York-based Ashkenazy Acquisition Corporation Wednesday, expressing “disappointment and frustration” after having learned the leaseholder “is continuing to be unwilling” to provide COVID-19-related resources to tenants.

According to Golden, the company agreed in April to defer April and May rent for tenants after a call from Mayor Marty Walsh. The BPDA recently learned the businesses that populate the tourist destination were told by Ashkenazy Acquisition Corp. that they have until Dec. 31 to pay back the rent due from those two months, he said.

Golden wrote the BPDA is concerned how tenants would be able to do that as sales and business continue to remain slow going.

“While so many organizations, businesses, and individuals have responded to these pressures in a spirit of collaboration and shared public responsibility, we fear that this has not been the case at FHM,” Golden wrote.

Ashkenazy Acquisition Corp., however, has pushed back on the remarks. The company told The Boston Business Journal that it was “surprised and disappointed by the BPDA letter.”

“It does not accurately reflect what has happened at the property or the ongoing discussions we have had with the BPDA,” the company said.

According to the Journal, an email from Faneuil Hall Marketplace General Manager Joseph O’Malley this week indicates the corporation has a different plan for rent repayment.

Qualified retailers who deferred payment between April and June would calculate the sum of the three months’ rent and pay it in one-twelfth installments within each of its monthly payments beginning next year, according to the news outlet.

An Ashkenazy Acquisition spokesperson told the Journal that the company “worked closely” with O’Malley on the plan.

The corporation could not be reached for further comment by Boston.com Friday.

The plan appears to meet one of three steps Golden asked Ashkenazy Acquisition Corp. to take: allowing coronavirus-impacted businesses to repay deferred rent through the end of 2021.

According to Golden, the BPDA has created a rent deferment plan for its own tenants, which says payments are not expected until at least the start of next year and qualified small businesses have up to five or more years to repay missed payments.

But Golden has also asked Ashkenazy Acquisition Corp. to help tenants install outdoor seating and implement cleaning protocols so they can operate safely during the pandemic. He wrote the company has so far been unwilling to allow outdoor dining for food hall purchases on the property, even as the city has tried to support local eateries through outdoor dining opportunities.

Furthermore, Golden requested the company meet with tenants “to discuss concerns and long-term business interests and provide rent relief assistance to long-term, family-owned small businesses that have long been the lifeblood of FHM.”

“If AAC is unwilling or unable to make these commitments, we request that AAC meet with the BPDA to discuss returning the property to public ownership or facilitate a transfer of the property to a private owner capable of making the investments necessary at the property,” Golden said.

City Councilor Ed Flynn, whose district includes the marketplace area, wrote to the corporation on Thursday, echoing similar “deep concerns” regarding lack of support for merchants.

“The small businesses operating within FHM are an indispensable part of our community and city, and I strongly urge that you work with these merchants to address issues related to rent and reopening safely,” Flynn wrote.

Both Golden and Flynn also asked Ashkenazy Acquisition Corp. to prioritize local minority- and women-owned businesses when filling storefront vacancies in the future. Flynn added veteran-owned businesses to that list as well.

“Part of the charm of FHM is its display of local flavors and specialities, and those are best done when Boston’s diversity is fully represented,” Flynn wrote.

According to Golden, the city charges a “a meager rental payment of $10 a year” under the lease signed by the former Boston Redevelopment Authority and the Rouse Company, the marketplace’s original redeveloper, in 1975.

“The BPDA believes that AAC and previous leaseholders have benefited greatly from this lease arrangement, and we call on AAC to come to the table with reasonable and acceptable terms for the merchants at Faneuil Hall and for the long-term management of the property,” he wrote. “It is our hope that after this pandemic is over, FHM can return as a cultural and civic destination for both the residents and visitors of Boston.”

Visit The pandemic caused financial stress for many. Here's what readers say. 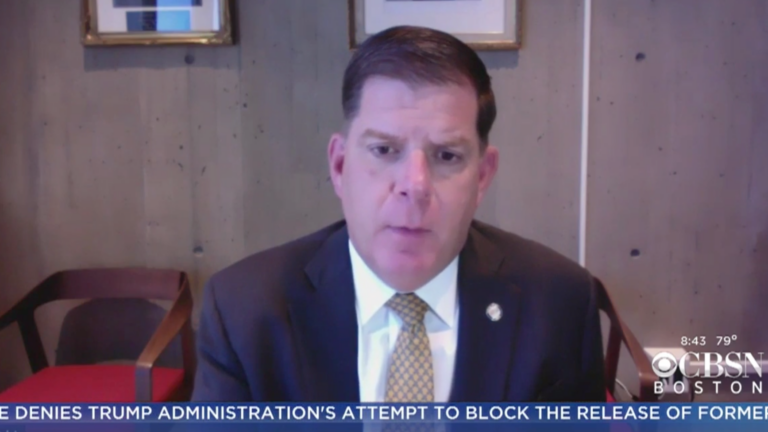