BOSTON (AP) — Communities of color in Boston are disproportionately affected by evictions in the city, with some of the highest rates in Black communities, according to a new report released Sunday.

Seventy percent of market-rate eviction filings occur in neighborhoods where a majority of residents are people of color, though only about half of rental housing is in these neighborhoods, according to three years of data by MIT researchers and a housing justice organization. The problem has only been exasperated by the coronavirus, which saw a spike in eviction filings before the state issued a moratorium in April. Almost 80% of those suspended cases were in communities of color.

“The COVID crisis acts as an accelerator. It exposes the fault lines in our housing system,” said Lisa Owens, the executive director City Life/Vida, whose group helped produce the report. “This is what you get when you don’t address generations of systemic racism.”

The racial disparity in Boston evictions is part of a nationwide trend and mirrors findings in cities across the country and in Washington state. Much of the research has found that the racial composition of a neighborhood is the most important factor in predicting neighborhood eviction rates, even more than poverty and other neighborhood characteristics.

“The Boston study really reflects what we found in Richmond as well as other urban regions in Virginia,” Ben Teresa, a Virginia Commonwealth University professor who has studied eviction rates and co-directs an eviction lab, said. “When we start looking at it in these different places, I’ve seen that race continues to be one of the most, if not the most important, factors in high eviction rates.”

Boston has other characteristics that increase eviction risks especially in communities of color. It has one of the country’s most expensive rental markets, a shortage of affordable housing and a history of segregation and racial discrimination. Neighborhoods, like Roxbury and Dorchester, Mattapan, have some of highest rates of poverty in Boston.

“The results are very troubling,” said Justin Steil, an associate professor of law and urban planning at MIT who authored the report with MIT researcher David Robinson.

“It suggest that above and beyond income, housing cost measures that race continues to play a significant role in evictions,” he said. “We see white supremacy and anti-blackness functioning in the housing markets as well as other areas of social life.”

Housing advocates said the high rates of evictions in these communities only adds the challenges already facing families. Many of those evicted, according to the report, often cannot finding stable housing, are driven into worse neighborhoods and can end up homeless.

The city of Boston has set aside $8 million in federal funds to help renters affected by the coronavirus and last year came out with a plan to reduce evictions by a third in the next five years and build more affordable housing. It also created a program to provide rental assistance to low-income tenants, including homeless families.

“The City of Boston tracks eviction data every year and the data has clearly shown that evictions rates are higher in affordable housing and neighborhoods of color,” Sheila Dillon, the chief of housing for the city, said in a statement. “The Walsh administration is committed to reducing the number of evictions in Boston and has put forth a plan to guide this work.”

But housing advocates said more needs to be done and they are focusing efforts on a bill that is expected to be introduced Tuesday and would help renters impacted by the coronavirus. It would ban evictions for a year after the moratorium lifts later this summer and freeze rents at pre-coronavirus levels among other things. There is also a separate push for lifting a ban on rent control.

“Legislators that say the care about racial justice, that they say they are on the side of Black Lives Matter, can prove that is true by working for immediate COVID-19 recovery and long-term housing stability,” Owens said. 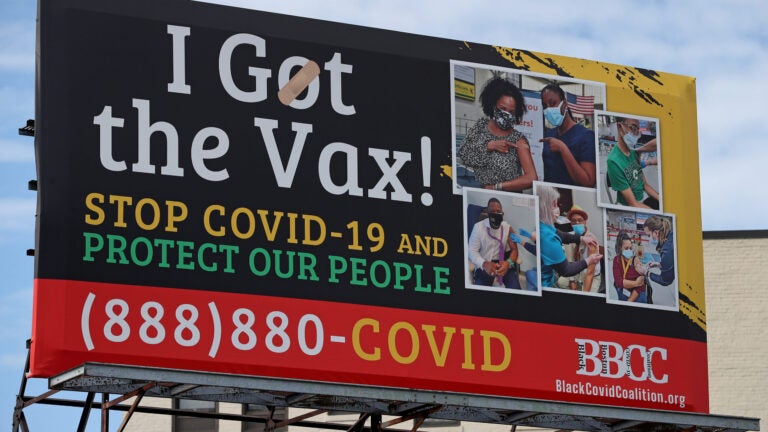