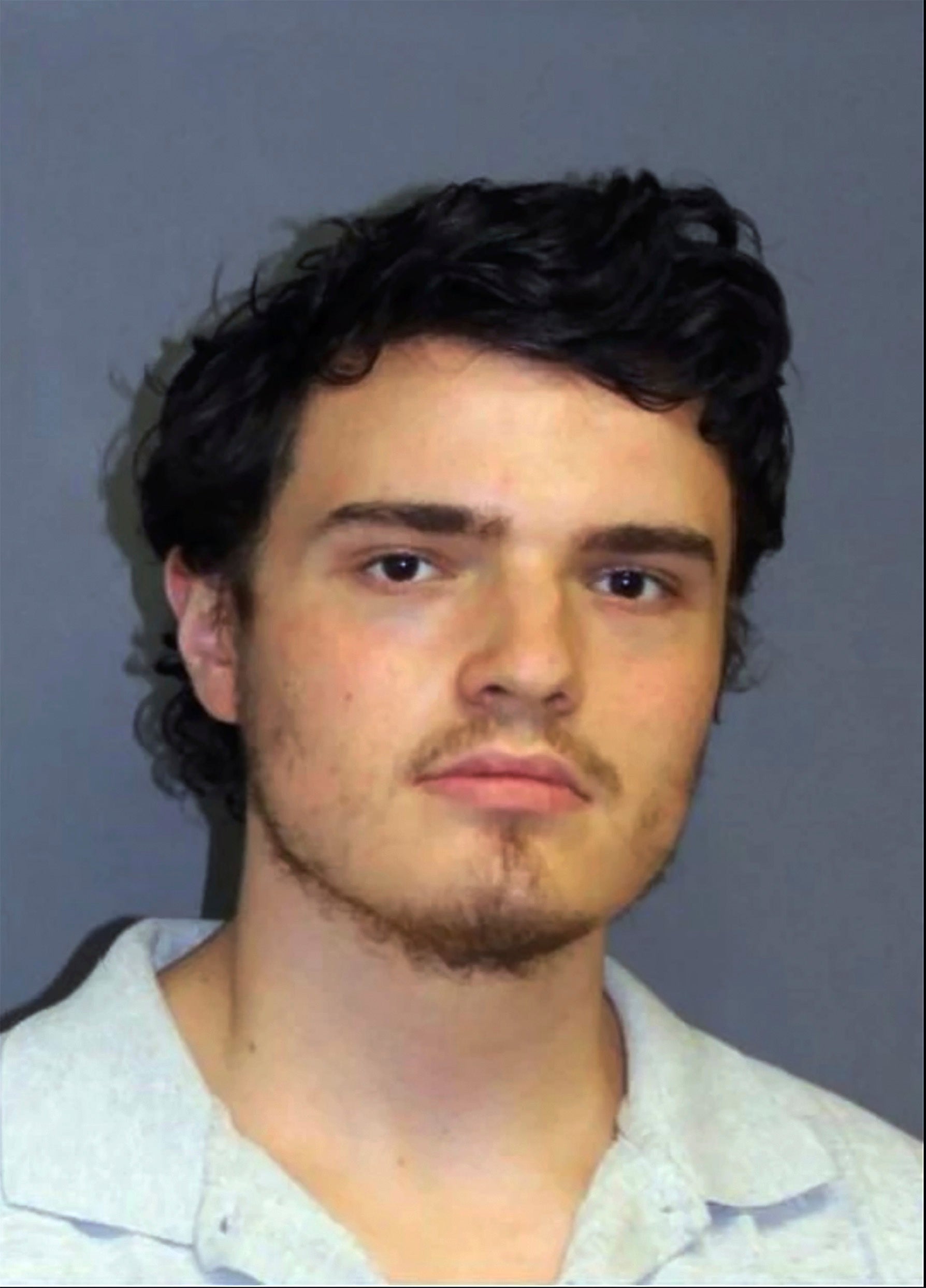 Peter Manfredonia, 23, is a University of Connecticut student who police say used a machete to kill a man and fatally shot a woman, then spent six days as a fugitive until he was arrested in Maryland.

HARTFORD, Conn. (AP) — A University of Connecticut student charged with killing two people and seriously injuring a third told a witness “he just flipped” when he fatally slashed the first victim with a sword and he was remorseful, according to an arrest warrant affidavit released Monday.

Connecticut State Police released the warrant charging Peter Manfredonia, 23, from Newtown, with murder, attempted murder and assaulting an elderly person in connection with the violent attacks in Willington on May 22. He also is expected to be charged with murder in the killing of another man in Derby on May 24.

Manfredonia, a UConn senior who was studying finance and mechanical engineering, was arrested in Hagerstown, Maryland, on May 27, ending a six-day police search in several states.

The witness told police that Manfredonia broke into his Willington home after the first attack, held a gun to his head, tied him up and held him hostage for about 24 hours. He said they had several conversations before Manfredonia took his firearms and drove off in his truck.

“I asked if he wants to talk about what took place with the murder and he told me that he hadn’t slept for 5 days and that he just flipped,” the man told police, according to the warrant. “He said he didn’t know why he did it and that he was remorseful for it. … He was very careful about what he would say and it seemed like he didn’t want to face the reality of what happened.”

“He told me he was going to have two good weeks and then he figured it would end in either a shootout, the death penalty, or life in prison,” the man told police. Manfredonia surrendered peacefully to police when they spotted him and drew their guns, officials said.

Authorities allege Manfredonia killed 62-year-old Ted DeMers and seriously wounded another man in what appeared to be a samurai sword attack. The attack came while DeMers was giving Manfredonia a ride on the back of an ATV to Manfredonia’s motorcycle, which Manfredonia said he crashed down the road, the warrant said. The wounded man survived.

It’s not clear why Manfredonia was in DeMers’ neighborhood. But a female acquaintance of Manfredonia’s who lives near DeMers’ home told police she stopped seeing him after learning on March 18 that he had hacked into her social media accounts, police said. She had considered getting a restraining order against Manfredonia, police said.

State police also said Manfredonia had been “associated with numerous law enforcement investigations to include suicidal and homicidal ideation.”

Manfredonia’s lawyer, Michael Dolan, declined to comment on the allegations in the warrant but said, “We plan to mount a vigorous defense.” Dolan has said that Manfredonia had a history of depression and anxiety, but had never shown signs of violence.

After the home invasion, police said Manfredonia drove about 70 miles (110 kilometers) southwest to Derby and fatally shot a high school acquaintance, 23-year-old Nicholas Eisele. Manfredonia, then forced Eisele’s girlfriend into a car and fled the state.

The woman was found unharmed with the car at a rest stop near near Columbia, New Jersey, near the Pennsylvania line.

Investigators tracked Manfredonia to Pennsylvania, where police said he took an Uber to a Walmart in East Stroudsburg. Authorities searched the area but didn’t find him. A man fitting his description was later spotted near Scranton, Pennsylvania, prompting another search there.

Police believe Manfredonia stole a car and abandoned it in Chambersburg, Pennsylvania, before taking another Uber to Hagerstown, where he was captured.

Manfredonia is being held on $7 million bail. He is scheduled to appear in court again on July 30 in connection with the Willington crimes.