WATERBURY, Conn. (AP) — A statue of Christopher Columbus in Waterbury has been decapitated amid protests over racial injustice and the legacy of the 15th-century navigator.

The statue had been the focus of a standoff earlier in the week between its supporters and Black Lives Matter protesters who wanted it removed.

Several Columbus statues in Connecticut have been removed in recent weeks as anti-racism protesters have argued that the renowned explorer was responsible for the exploitation and genocide of Indigenous people.

Crews removed a Columbus statue from its pedestal in Hartford on Monday, and city leaders said it would be placed in storage until a decision is made on what to do with it.

The Waterbury statue was donated to the city in the 1980s by UNICO, an Italian American organization. 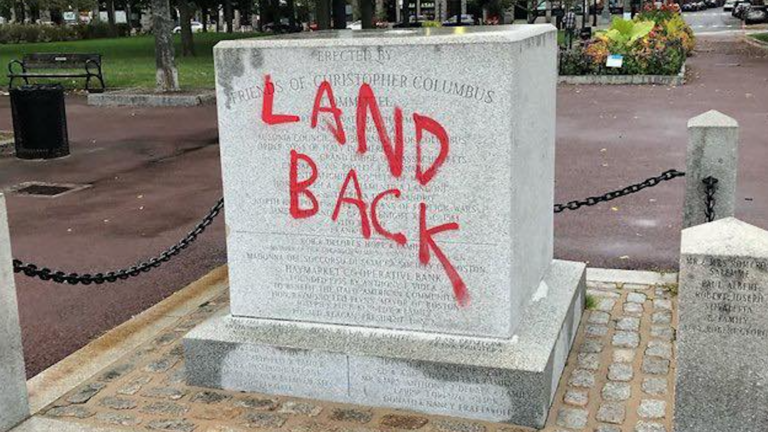