Some Boston city councilors see opportunity to push for the law enforcement accountability and transparency called for by residents and activists in recent weeks in upcoming contract negotiations between the city and police unions.

On Wednesday, Councilors Kenzie Bok, Andrea Campbell, and Lydia Edwards introduced a hearing order calling for discussion to examine Boston’s police contracts now up for renewal, which they say frame many of the policies and regulations that have stoked public discourse since the death of George Floyd in Minneapolis, such as disciplinary actions and use of force protocols.

“With thousands of Bostonians calling for change and accountability in policing, we have to be absolutely more transparent about our police union contracts and discussions, and this cannot be done completely in private and with no sense of (Mayor Marty Walsh) administration’s positions at the bargaining table,” Campbell said.

The filing came alongside another order submitted during the council’s regular meeting geared at examining how the city could reduce police overtime spending moving forward.

The initiative, sponsored by Councilors Bok, Campbell, and Matt O’Malley, centers on maintaining and expanding an overtime budget cut of $12 million within the $3.6 billion 2021 fiscal year operating budget proposed by Walsh and passed by the council, 8-5, after heated debate last month.

The money was reallocated into trauma and counseling services, mental health services, programs for minority- and women-owned businesses, housing support, and $3 million for strategies being taken on by the Public Health Commission in addressing racism as a public health crisis, among other efforts.

Bok, Edwards, and O’Malley voted to pass the budget. Campbell voted against it.

Proud to partner with @KenzieBok and @CampbellforD4 on this important order to provide oversight to the Boston Police overtime budget. I look forward to discussing further the mechanisms & policies in place that contribute to the increasing OT spending at our quarterly hearings. pic.twitter.com/ibcqYQROqb

Bok, who chairs the Committee on Ways and Means, said there is potential for the city to save $20 million in overtime spending if officials hold the line on this year’s budget — a challenging endeavor as overtime expenses are allowed to, and frequently do, run over the allotted amount.

Police overtime pay has increased by 84 percent or $35.5 million since 2011 — a trend that councilors have said is not sustainable.

Bok said she anticipates last fiscal year’s overtime spending to come in over budget by $8 million. Councilors are seeking to hold quarterly meetings in the coming year geared toward cutting costs.

“We really need to know that both the police department and the Office of Administration and Finance have a very proactive plan in handling the overtime overages,” she said. “It’s just — we can’t accept the status quo of running over.”

Some said the upcoming police contract negotiations would provide opportunity for changes in overtime policies, such as a guaranteed minimum of four hours of overtime pay for officers who are called back on duty after leaving work.

Also partnered w/ them on hearing order re: police contracts. This is the first time @BOSCityCouncil is approaching police contract w/ a policy and best practices approach. Reforming and re-imagining the police must start with contracts. #bospoli #mapoli

While the council does not have a seat at the bargaining table, Bok said the hearing aims to look at the contracts “piece by piece” to consider their impact on public policy.

“These contracts shape the conditions for the use of deadly force, which makes them public policy issues of the highest order,” she said. “You know, it’s a life or death thing, and when the conditions of someone else’s employment affect the possibility that you might be in an interaction that could lead even to death, it’s something that we have to take very seriously.”

Campbell said she wants to know if the Walsh administration is committed to reducing overtime costs and whether it supports requiring police to undergo anti-racist and more robust use of force and de-escalation training.

Reforms have to happen during the collective bargaining discussion, she said.

“I want to know that there will be enforceable accountability measures for officers accused of wrongdoing, and that the mayor is actually pushing for these changes in the contracts,” she added.

The terms of the expired contracts remain in place until new ones are signed.

“This is a time for both the administration and the police unions to prioritize changes that enhance police accountability and build public trust in policing,” councilors wrote in the hearing order. 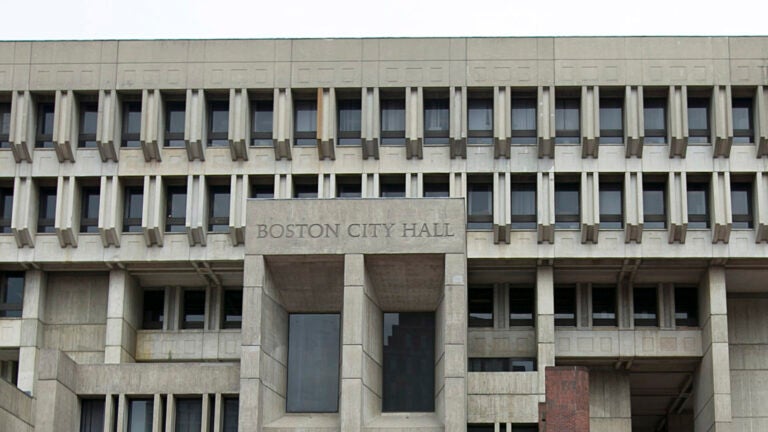