FRAMINGHAM, Mass. (AP) — Another Massachusetts State Police trooper implicated in a department overtime scandal has been fired, and the agency is working to fire five more troopers, the department’s commander has announced.

Forty-six current and retired troopers who worked for the now disbanded Troop E, which patrolled the Massachusetts Turnpike, were implicated in the scheme in which they collected overtime pay for shifts they either did not work or did not complete from 2015 until 2017, authorities said.

Often, officials said, the troopers issued falsified traffic tickets to make it appear as if they had been on duty.

The 15 troopers facing punishment could be suspended anywhere from 60 days to nearly 2 1/2 years, according to Friday’s statement. The restitution they have been asked to pay is as high as $16,000. They also face reduced seniority.

The scandal led to several reforms at the agency, including GPS tracking in cruisers, increased supervisory oversight, regular time and attendance audits, and additional ethical training. 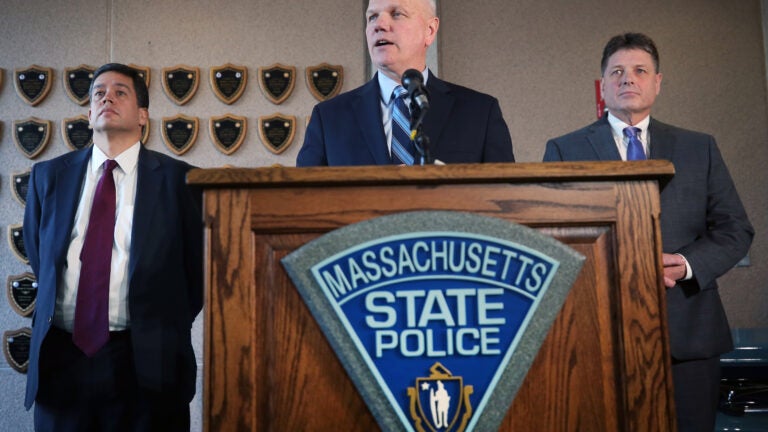