City Hall Plaza is getting a face lift.

Workers broke ground late last week on a $70 million, nearly two-year project that will transform the red-brick open area in Government Center into what officials say will be a universally accessible, welcoming civic space loaded with greenery and much-needed upgrades.

“This renovation is designed to turn our seven-acre space into a welcoming, accessible space for all,” Mayor Marty Walsh said in a statement. “City Hall Plaza is one of Boston’s most-used public spaces, and we are working hard to create safe areas for residents to gather as we strengthen our commitment to civic services in our city.”

The renovation of #CityHallPlaza is designed to turn our 7-acre space into a welcoming, accessible space for all. This is one of our most-used public spaces, and we are working hard to create areas for residents to gather as we strengthen our commitment to civic services. pic.twitter.com/8QKCcttz6t

According to officials, an accessible, sloped Hanover Promenade will connect Congress and Cambridge streets and will feature “21st century civic amenities like shady seating and gathering areas, a destination play space, public art space and an iconic water feature.”

Shawmut Design and Construction, which is managing the construction of the makeover, already years in the making, has begun demolishing the plaza’s brick and granite as part of the first phase of the transformation, followed by “geo structural modification.” The rest of the work will kick off next month and will take approximately 20 months to complete.

Here’s what to know about the project:

The renovations will ‘right-size’ the popular event space

City officials say the plaza makeover will create event spaces anyone can use.

Crews will install seven “plug and play” locations for community groups to use, and the plaza will have enough built-in seating spaces for 3,000 people.

According to the city, the upgrades will also feature three smaller event and gathering spaces, “and a new civic building on Congress Street equipped with a bathroom and other facilities to support public gatherings.”

Stressing the project’s accessible design, officials say they will also reopen City Hall’s North Entrance to allow for easier access to the building’s second floor. The entrance has been closed since 2001.

100 new trees are part of the project’s sustainability efforts

The city is also looking to make its front yard a bit greener.

Plans call for installing a higher number of permeable surfaces that will soak up stormwater better than the brick and concrete that currently span the plaza.

Crews will also plant 100 new trees, and 50 lights will be replaced with LED technology, according to officials. The project will reuse or recycle 22,500 feet of granite and brick paving. 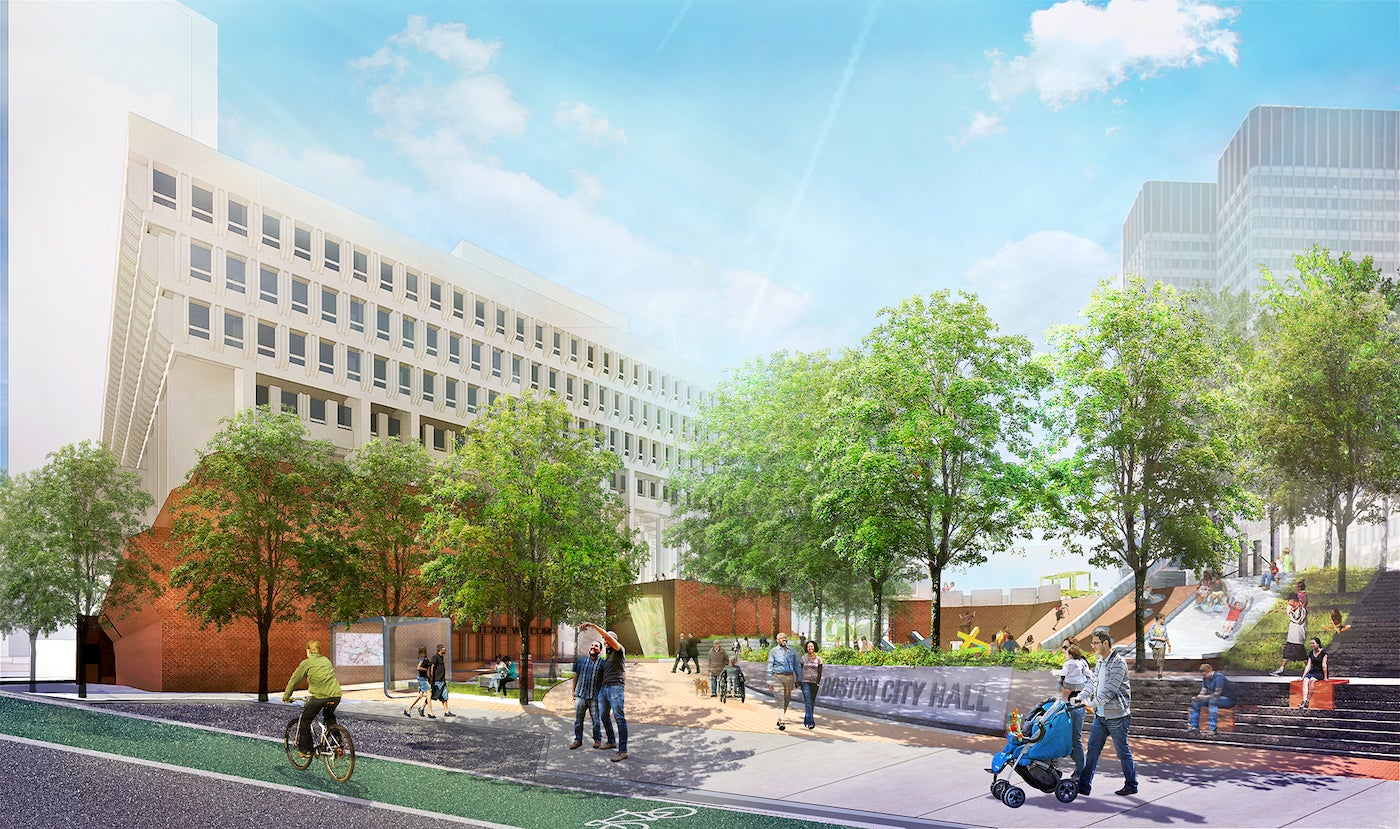 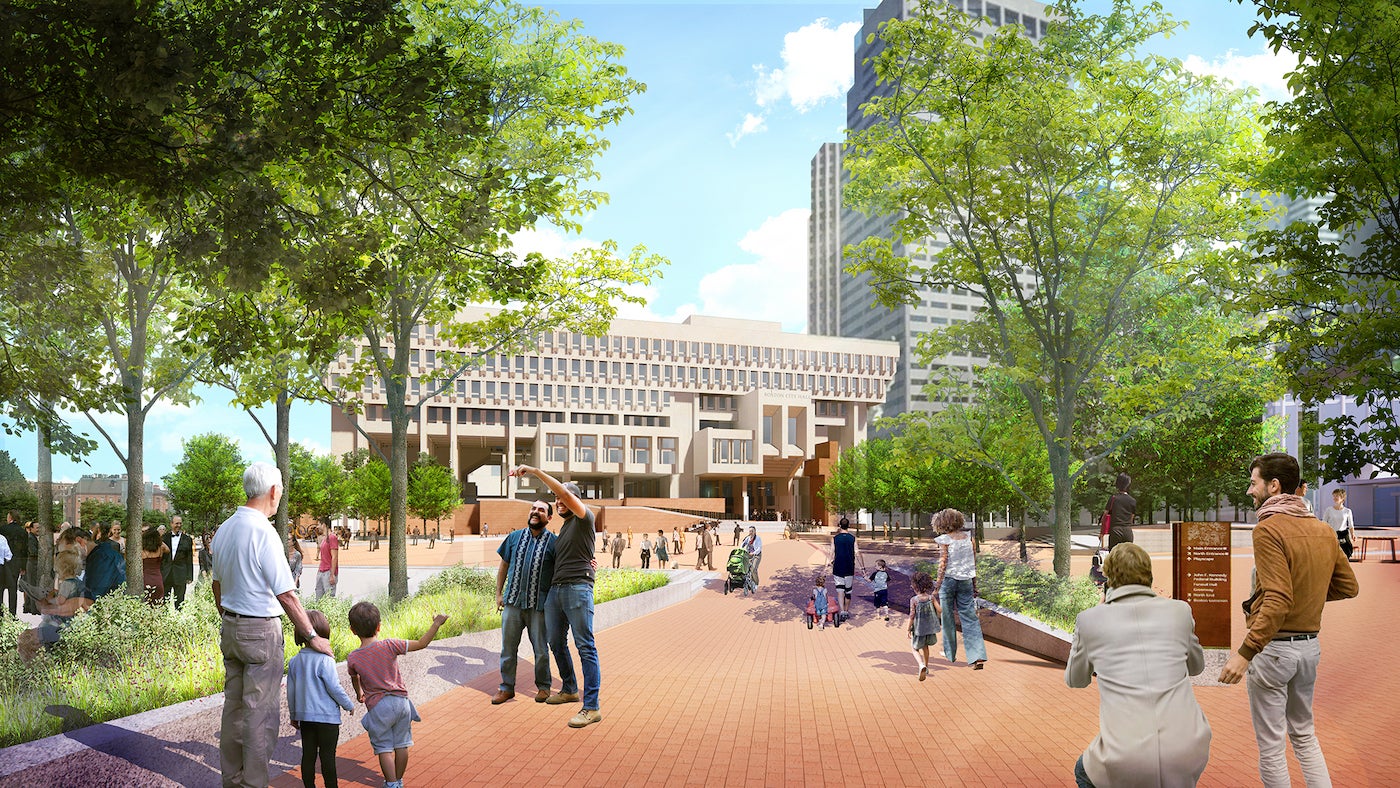 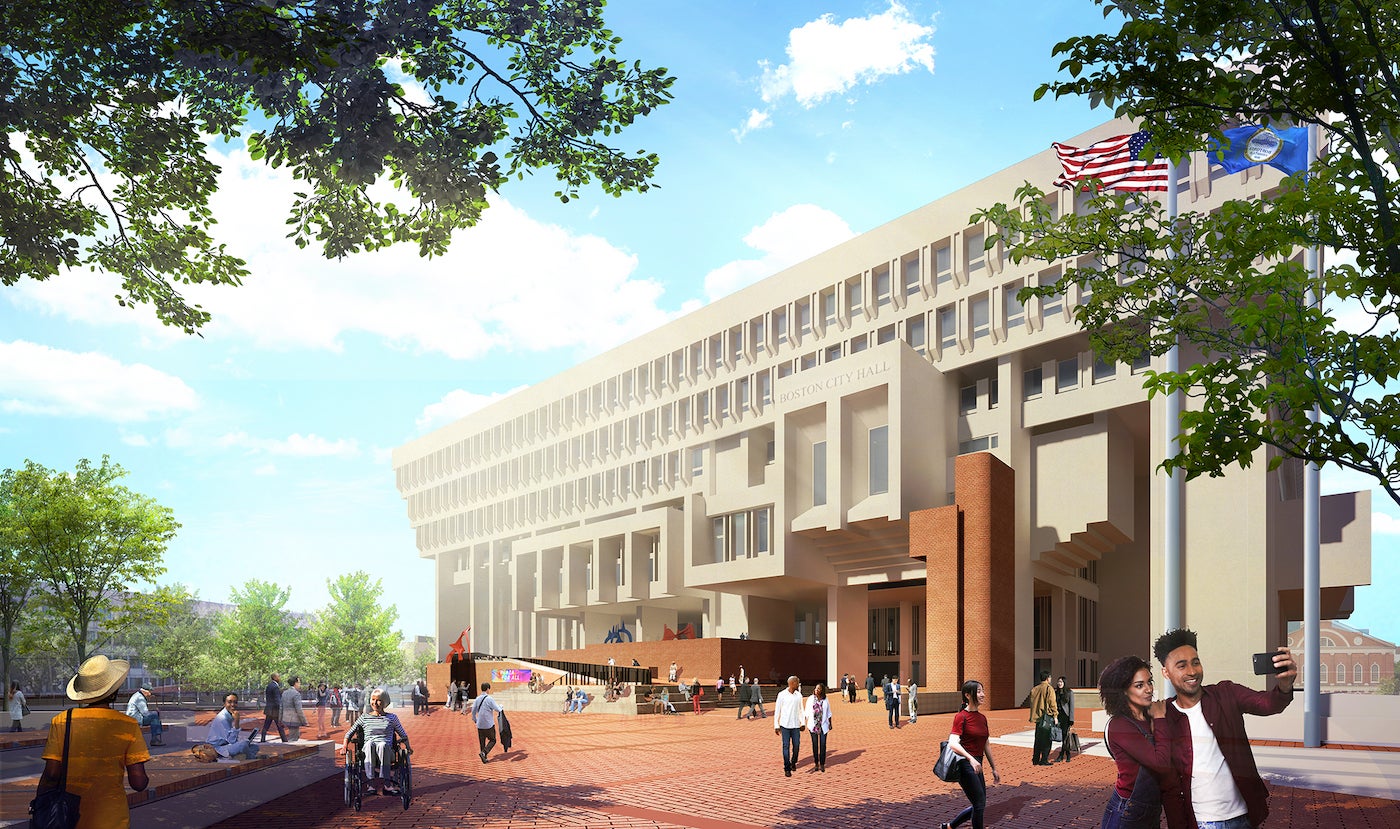 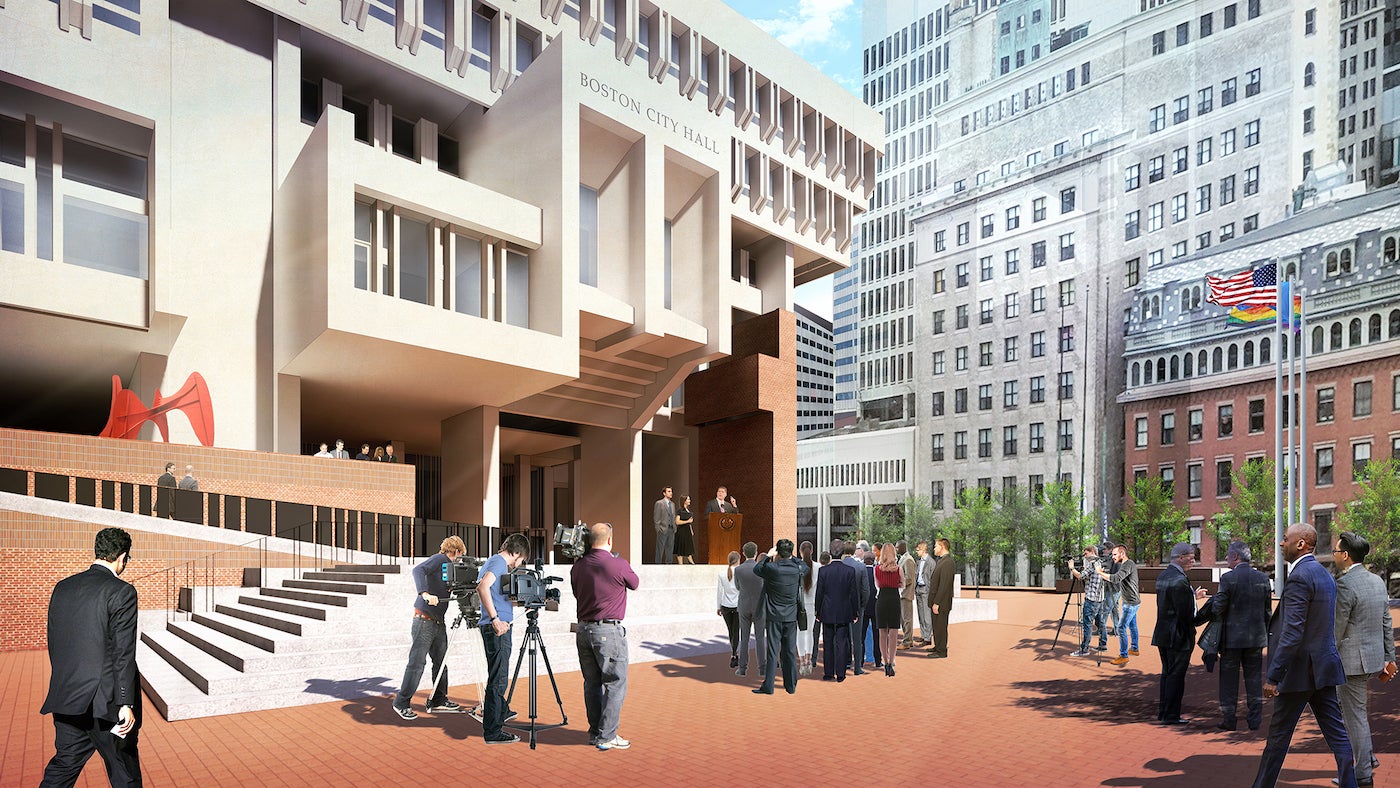 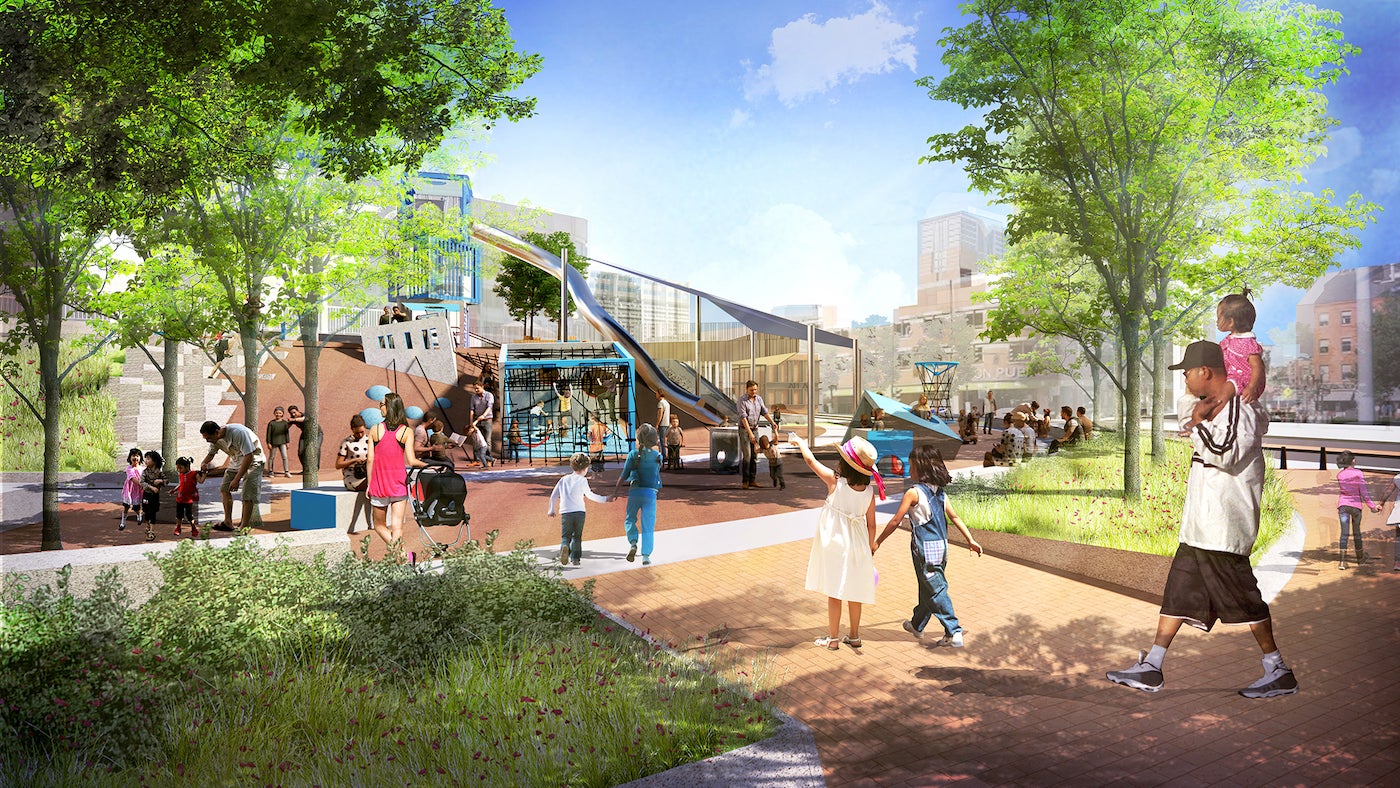 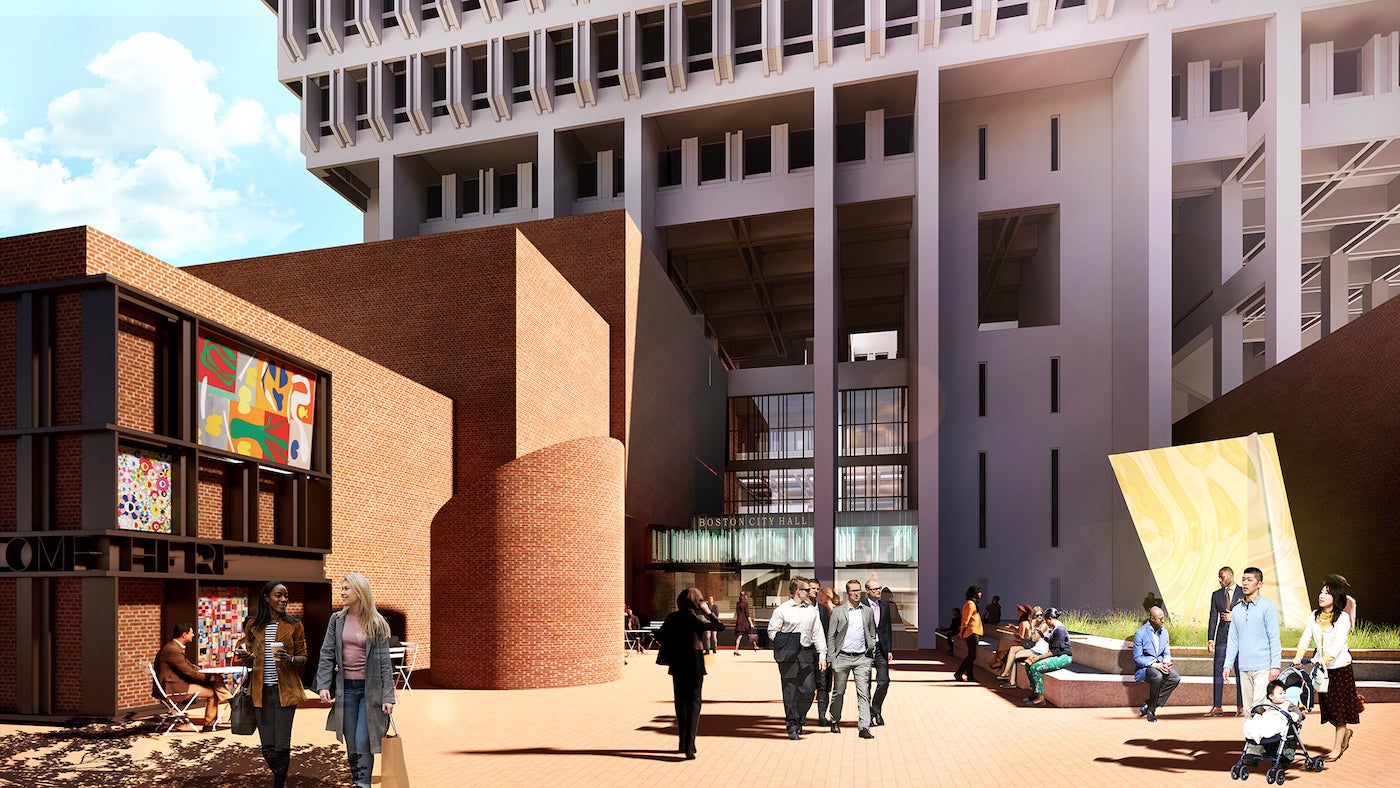 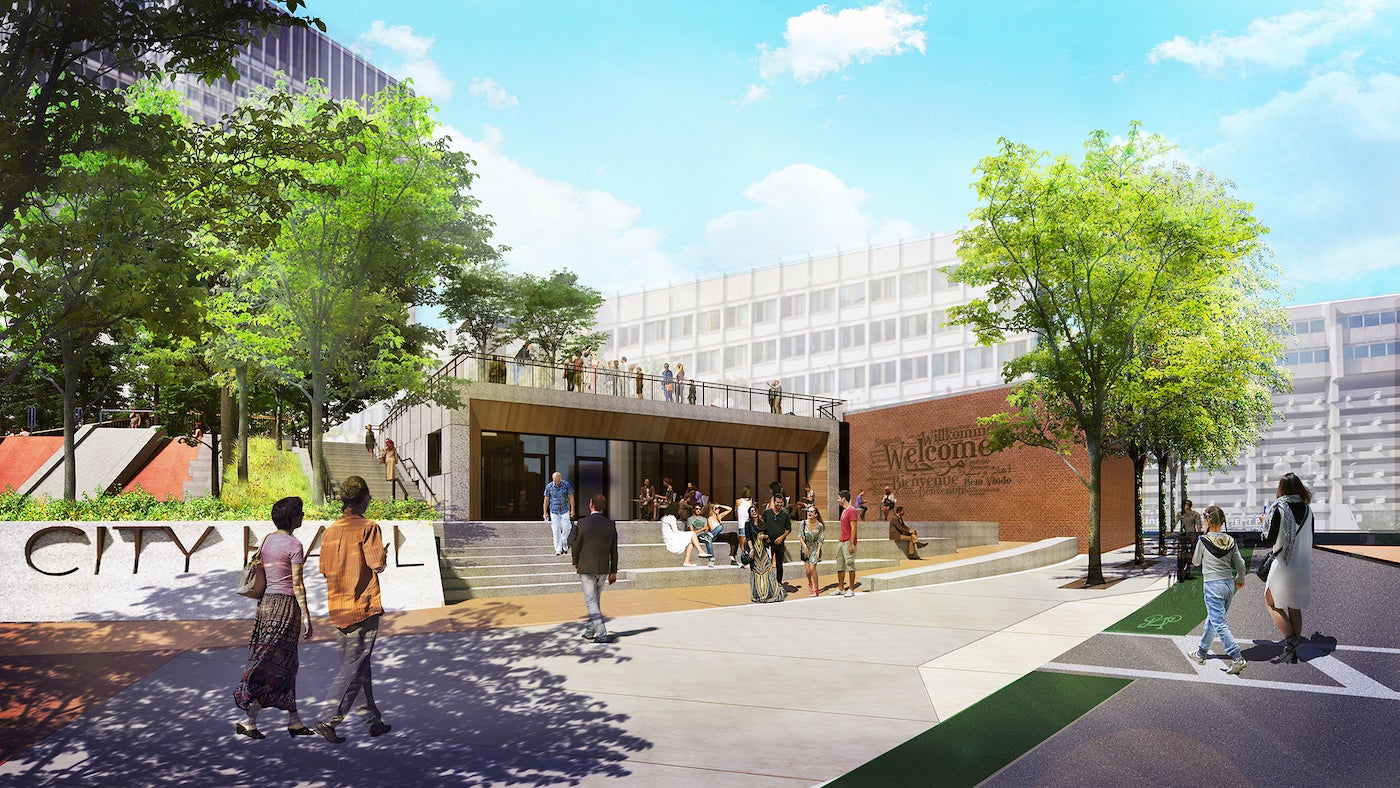 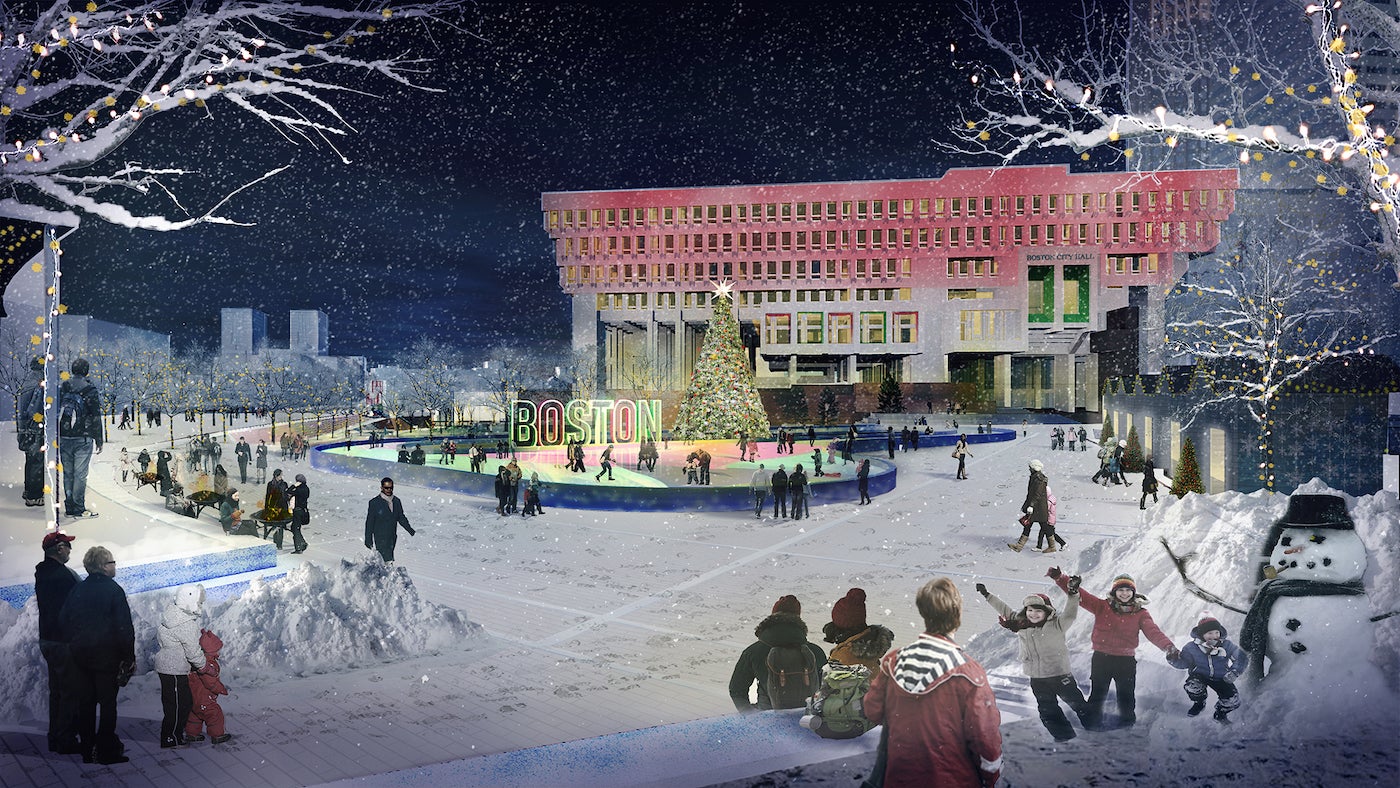 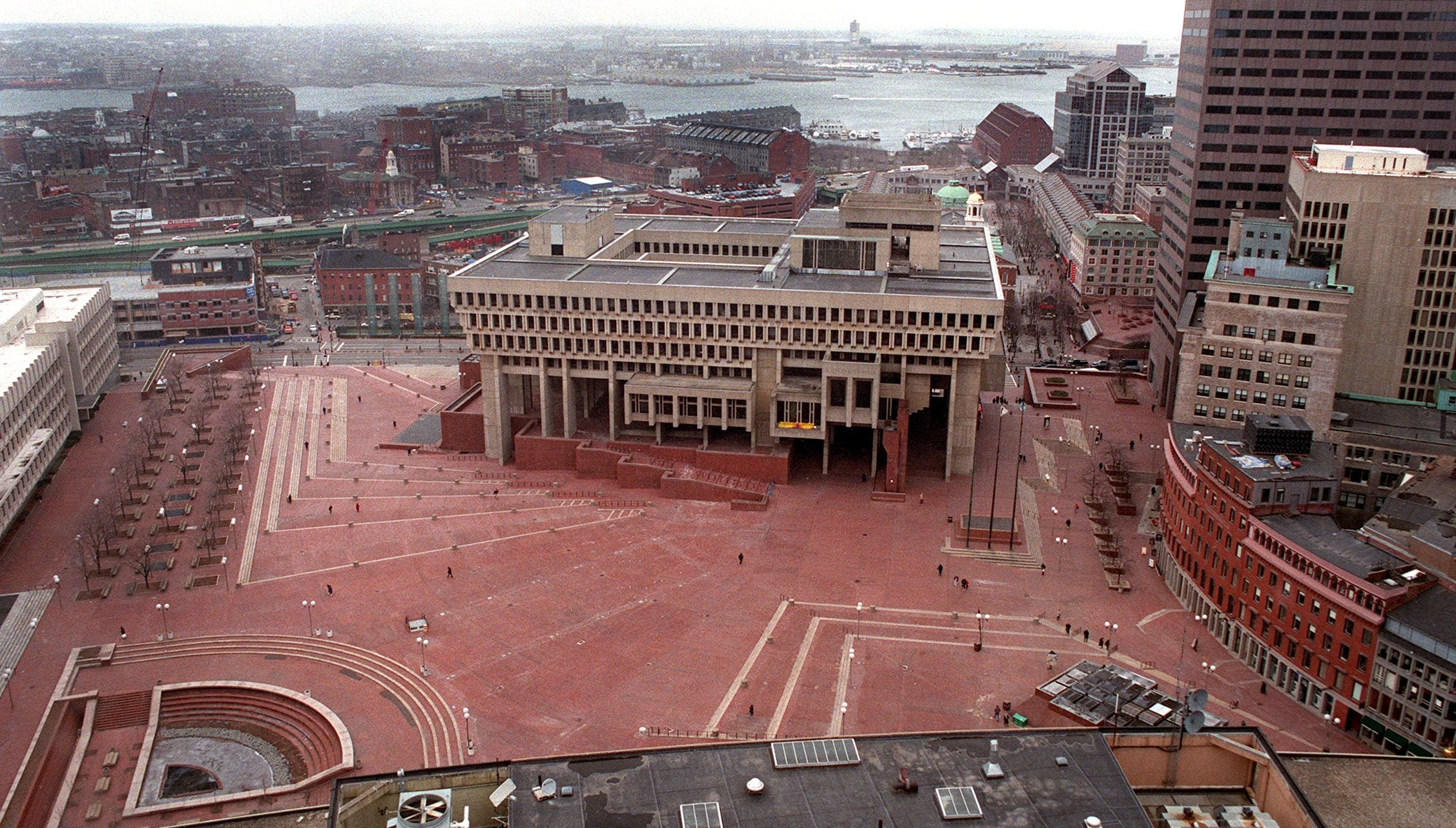 Why is Boston City Hall the way it is?