Wearing a Boston Bruins shirt, Jeffrey Farmer of Mendon unleashed and recorded a tirade, riddled with F-bombs and other profanities, on why he isn’t voting for President Donald Trump this year.

And, for a man who says he doesn’t “do social media,” Farmer appears to have struck a nerve, as his video, posted to Twitter by Republican Voters Against Trump just over 24 hours ago, now has roughly 2.4 million views.

Republican Voters Against Trump, or RVAT, endeavors to pull away some of the incumbent president’s support by using stories of voters who say they will not vote for Trump this time around, according to The New York Times. RVAT has a $10 million advertising campaign to get its message off the ground.

“I’d vote for a tuna fish sandwich before I’d vote for Donald Trump again,” states a quote on the group’s homepage.

While other videos the group has uploaded have reached the tens-of-thousands of views, something about Farmer’s video must have resonated, catapulting him to viral fame overnight. In its tweet accompanying the video, RVAT says Farmer “takes you on a ride” and “you gotta watch the whole thing.”

“I can’t take this anymore, this guy, he’s like a Tasmanian devil,” he says. “He frickin’, he just throws bombs everywhere, people can’t even keep up with the stuff that he’s saying now.”

He takes you on a ride….You gotta watch the whole thing. (Warnings: 1. NSFW 2. Wicked “Good Will Hunting” Energy) pic.twitter.com/foIo4lmaDA

Farmer wants his kids to go back to school, but he believes they, along with the teachers, are at risk. He also describes that he has autoimmune diseases.

“This guy couldn’t lead frickin’ his way out of a frickin’ wet paper bag,” he said. “I’m voting for Joe Biden.”

Farmer said he voted for Trump last time since he “could not stand Hillary Clinton.”

“I feel like I’m in frickin’ prison, it’s brutal,” he said. “And I’ve never been this way about any president. This guy should get the frick off Twitter. All he does is watch the goddamn news.”

He also notes that he thinks the president believes he’s a target and complains.

“You are a goddamn sorry excuse for a frickin’ human being,” Farmer said. “Please do not become president. If we vote this guy back in again, I’m done. I can’t do it anymore.”

Because of the video’s success, RVAT uploaded Farmer’s entire video, just over 4 ½ minutes long, to Youtube, where it had gotten just over 56,000 as of about 4 p.m. on Tuesday.

In closing, Farmer tells the incumbent president to “shut the [expletive] up for once.”

“Good night, Donald,” Farmer says while flipping the bird at the camera. 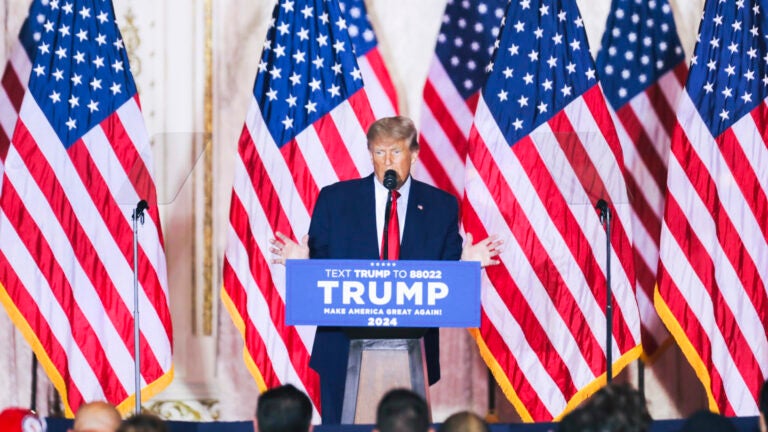