The more than seven hours of body camera and handheld footage provided to WBUR, released to the American Civil Liberties Union of Massachusetts as part of a public records lawsuit, shows officers participating in the effort on Aug. 1 and Aug. 2, 2019,  on and near Atkinson Street in the city’s South End.

Police arrested a total of 34 people over the two days, with the department saying that “Operation Clean Sweep” was taken in response to a Suffolk County corrections officer being assaulted on Atkinson Street. In the days after the arrests, South End residents, activists, and advocates expressed outrage and concern about the method used by police, and that the operation displaced people experiencing homelessness and substance use disorders and made individuals afraid to seek assistance from services in the neighborhood.

According to WBUR, 18 of the arrests were made only for active warrants, and the recently released police footage reveals how those individuals were located and arrested.

WBUR reports that during the police operation, dozens of people on Atkinson Street were told they couldn’t leave the area until they gave identification to the officers, which was then run through the criminal record system. In some cases, according to the station, pedestrians walking on nearby public sidewalks were told they were trespassing since the nearby Southampton Street Shelter was closed for the evening, and that they could not leave unless they handed over their IDs.

Six lawyers told WBUR the videos appeared to show unconstitutional stops, since officers cannot detain an individual unless there is “reasonable suspicion.”

“Police have to have a reasonable and individualized suspicion that the person they’re stopping has either committed a crime or is about to commit a crime. And there was none of that here,” Ruth Bourquin, a senior and managing attorney at the ACLU, told WBUR. “They simply decided to capture all the people in a full block on a street in the city of Boston.”

Read and listen to the full report at WBUR. 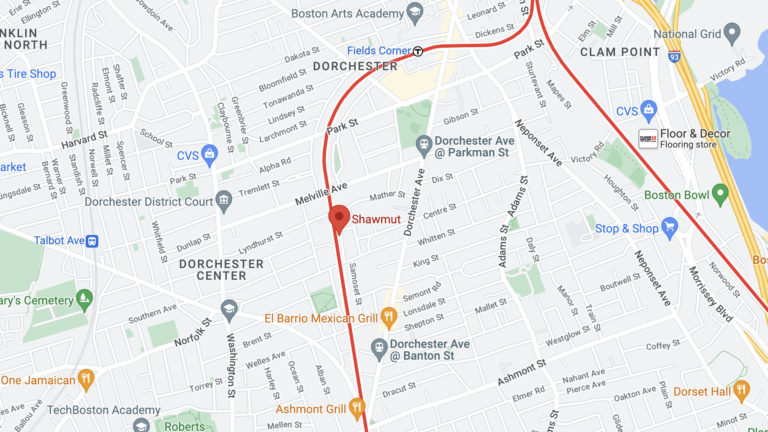