Two men are dead after separate shootings took place overnight in Dorchester, according to Boston police.

Authorities said the first shooting happened around 1:58 a.m. Sunday near 38 Erie Street. The victim was taken to an area hospital where he died from his injuries.

Death Investigation in the Area of 38 Erie Street in Dorchester https://t.co/kdfIk8toyL pic.twitter.com/nfisdGtxcc

Another man was fatally shot around 2:08 a.m. Sunday near Conrad and Sumner streets, where police said they found ballistic evidence. He was also transported to a nearby hospital where he was pronounced dead.

The victims have not yet been identified.

Death Investigation in the Area of Sumner Street and Conrad Street in Dorchester. https://t.co/XHJX4d01wW pic.twitter.com/XXS4k1R4MP

While the shooting scenes are about a mile and a half apart, Boston police said they are currently investigating the incidents as two separate homicides.

No further information has been released and no arrests had been made as of Sunday afternoon.

This is a developing story. Check back to Boston.com for further details as they become available. 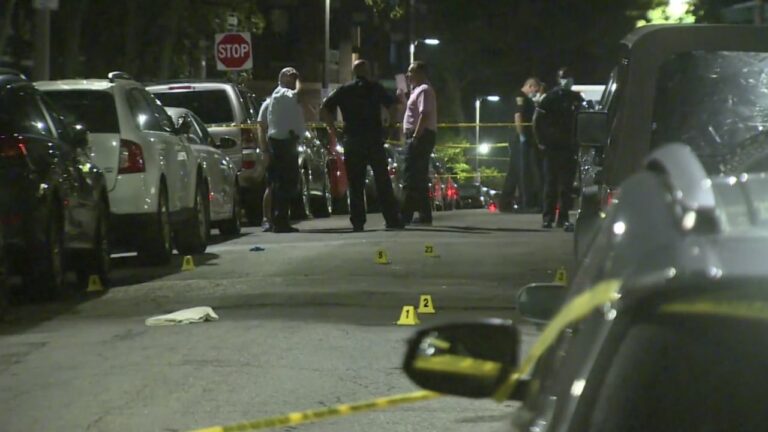