The University of Massachusetts is launching an investigation into allegations that Alex Morse, a local mayor challenging Rep. Richard Neal, D-Mass., in a primary next month, had sexual relationships with students while teaching courses at the institution.

Morse, who is the mayor of Holyoke, Mass., and taught a political science course at the university for several years, was accused by three groups of college Democrats this week of having used his position to coerce young students into inappropriate sexual relationships. The groups stated their charges against Morse in a letter disinviting him from future events, that was first reported on by the Massachusetts Daily Collegian.

Morse told the student newspaper that the relationships were consensual, and the University of Massachusetts said in a statement Saturday that it was not aware of the allegations before the College Democrats raised them.

In that statement, the university said it launched the probe into Morse’s actions to determine whether they violated Title IX, which prohibits discrimination on the basis of sex. The statement noted that university policy is that because sexual relationships between instructors and students present an “inherently problematic” power dynamic, “faculty are prohibited from entering into a sexual relationship with any student or postdoctoral for whom the faculty member has any responsibility for supervision, evaluation, grading, advising, employment or other instructional or supervisory activity.”

Morse taught a course on urban government and politics during seven semesters over five years, according to the university, most recently in fall 2019. A university spokesman said that Morse is not presently an employee, and that the university it “has no plans to rehire” him.

Morse, who at 31 is the youngest and first openly gay mayor of Holyoke, Mass., gained some early notoriety for challenging Neal, chairman of the House’s powerful Ways and Means committee. The Morse campaign did not immediately respond to an email seeking comment. 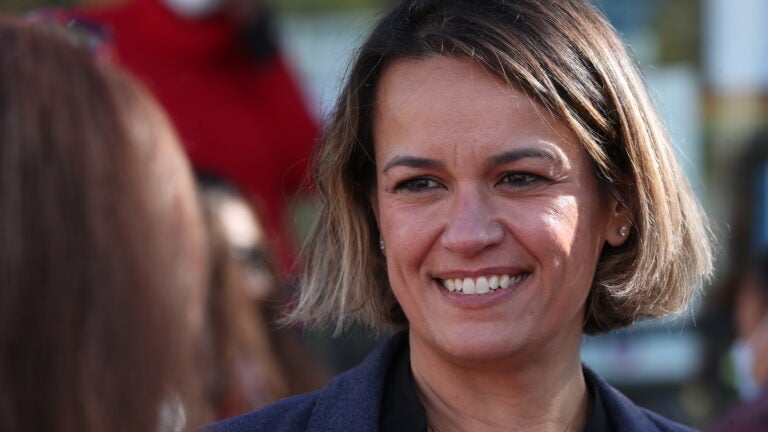