The 61-year-old Marshfield man accused of fatally shooting Laurie Melchionda outside her Braintree home in June was indicted for her murder by a grand jury on Tuesday.

Robert Bonang was also indicted on two counts of possession of a large capacity weapon and/or feeding device, a single count of carrying a firearm, and an additional count of illegal possession of ammunition, the Norfolk District Attorney’s office announced.

Authorities say Bonang was Melchionda’s former neighbor and went to her home on June 17 dressed in brown, posing as a delivery person, with a rifle concealed in a box. He allegedly rang Melchionda’s doorbell around 11:44 a.m. and shot her multiple times when she answered the door.

The 59-year-old nurse in the Weston school district was rushed to a local hospital where she died from her wounds. Bonang was arrested at the scene.

A probable cause hearing is scheduled for Aug. 14 in Quincy District Court, but the district attorney’s office said that date is likely to be changed following his grand jury indictments. An arraignment date has yet to be scheduled in Norfolk Superior Court. 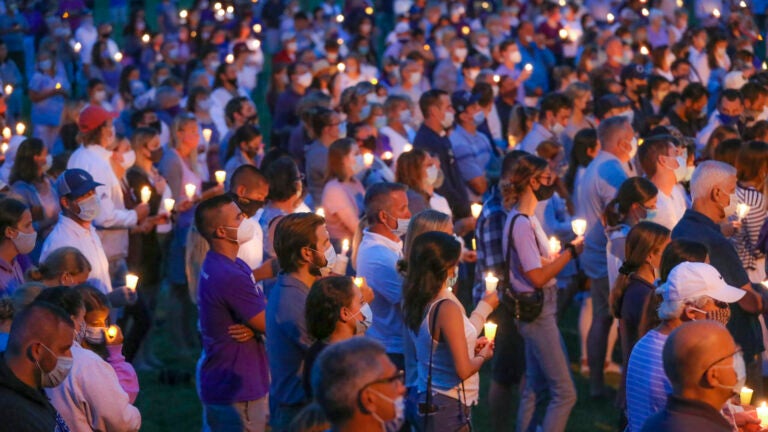 Photos: Over 1,000 gather for vigil in Braintree to honor nurse, mother Laurie Melchionda