The Hingham firefighters’ union has taken a unanimous vote of “no confidence” in Fire Chief Steve Murphy — a reaction, in part, to his role in taking down the thin blue line American flags that firefighters had placed on fire trucks this summer. They did so, they said, to honor a Weymouth police officer killed in the line of duty on the second anniversary of his death.

Town officials, including Murphy and former police chief Glenn Olsson, who retired abruptly earlier this month, ordered the flags removed in July in response to a complaint that they had become a political symbol ― most often used to oppose the Black Lives Matter movement and its call to end police brutality against Blacks. Critics of the flags said they were a sign of racism and white supremacy.

Members of Hingham Firefighters Local 2398 said the flags were not political because “honoring the sacrifices made by the men and women of law enforcement is not political.” In a statement released after the Aug. 11 “no confidence” vote against Murphy, the union said “it is disgraceful to this Local that our Chief, who is expected to be the ultimate leader and protector of the fire department, would sit in cowardice while these labels were being placed on a symbol of heroism.”

“The image and reputation of the firefighters of Local 2398 was being called into question,’’ the statement read, “and our Chief chose to separate himself from the amazing firefighters of this department to protect himself and his own image.”

Murphy, who was supported by the Board of Selectmen and Town Administrator Tom Mayo in the flag decision, did not return calls for comment.

The removed flags have since been displayed on fire trucks around the state.

Johanna Seltz can be reached at [email protected]. 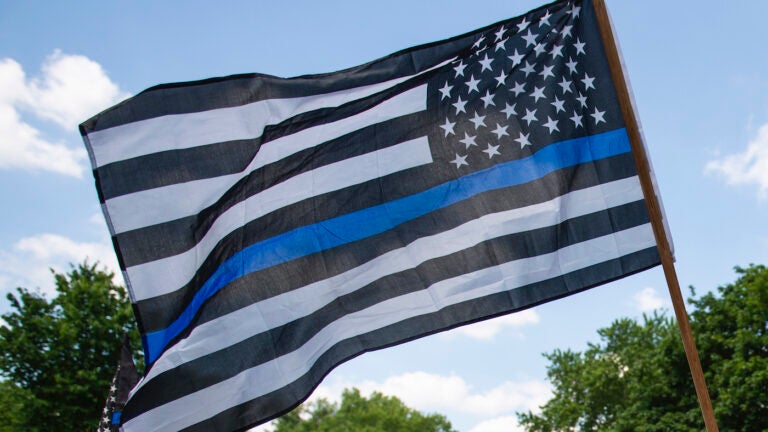