The dangerous species has been spotted at Horseneck Beach State Reservation in Westport, the state Department of Conservation and Recreation said Friday.

Purple flags have been put up at the beach to alert visitors to the presence or sighting of a dangerous marine animal, DRC said.

According to the National Ocean Service, Portugese man o’ war have a painful sting that cause welts. Their tentacles grow to be an average of 30 feet and potentially up to 100 feet in length, “loaded with coiled, barbed tubes that deliver venom capable of paralyzing and killing small fish and crustaceans,” the service said.

The DCR’s warning doesn’t come lightly, either — man o’ wars are still capable of stinging someone weeks after they’ve washed ashore, according to the NOS. 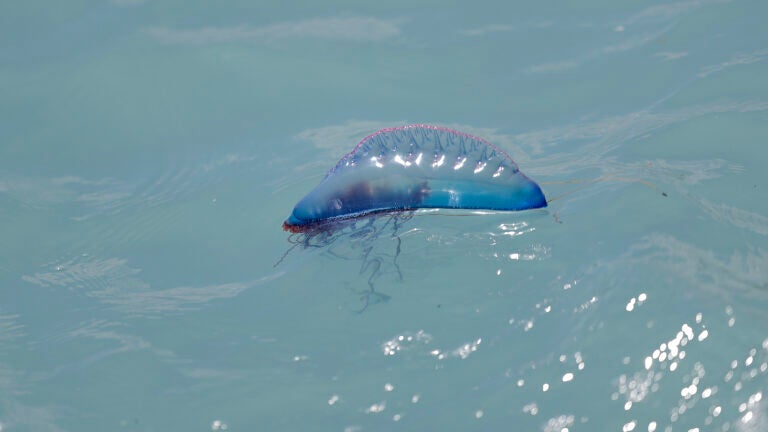