Three months after a statue of Christopher Columbus in Boston’s North End had its head removed, the city of Boston will host a meeting on Tuesday to discuss the future of the statue, which is currently in storage.

The Boston Art Commission will hold a virtual meeting at 4 p.m. Tuesday, Sept. 8, with “Plan for review and study of Christopher Columbus statue” listed on the committee’s agenda for the meeting. Interested viewers can attend the meeting on Zoom, and may submit comments during the meeting via Zoom or by phone. Those who do not have Zoom or access to the internet can dial into the meeting by calling 301-715-8592 and entering meeting ID number 812 1742 8202 followed by the pound sign.

Following the statue’s decapitation, Mayor Marty Walsh said that the city would take time to reconsider the “historic meaning” of the Columbus statue, and noted that prior to the decapitation, the statue had been “the subject of repeated vandalism.”

“Given the conversations that we’re certainly having right now in our city of Boston and throughout the country, we’re also going to take time to assess the historic meaning of the statue,” the mayor said in June.

In the wake of the statue’s vandalism, indigenous rights groups renewed calls to remove the statue permanently.

“It’s a park dedicated to white supremacy; it’s a park dedicated to indigenous genocide,” Mahtowin Munro, a lead organizer at IndigenousPeoplesDayMA.org and UAINEe, said in June. “The messaging is clear with the statue here that this is an area where white people are welcome, but where our people are not welcome. So we’ve been asking for years that this statue come down and that Columbus be no longer celebrated.”

“Italian and Italian American people have a story to tell. For the American continent, and for the United States, Christopher Columbus is a critically important part of that story,” Mazzaglia wrote. “Equally, the great Native American peoples have a very important story to tell as well. We do not honor either one by diminishing the value of the other. Both are important. Honest historians have yet to sort out the complete truth about both stories.” 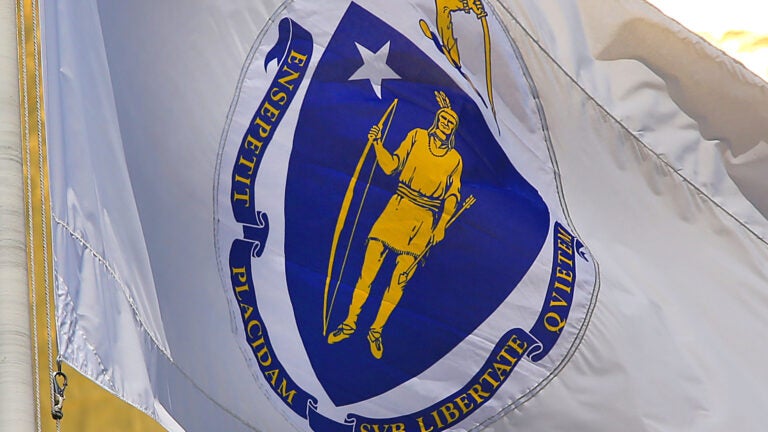