Even during a pandemic, when many are unable to pay rent or their mortgage once the eviction moratorium ends, and the unemployment rate was 16.1 percent in Massachusetts and 10.2 percent nationally in July, the wealthiest in the nation have gotten wealthier.

Forbes has released its list of the 400 wealthiest Americans for this year, and 13 of them reside in Massachusetts, according to the list. Combined, the richest Americans hold $3.2 trillion; this is an increase of $240 billion from last year.

The top 10 nationally, and the richest person in America, may come as no surprise.

Jeff Bezos, the CEO of Amazon, is the richest man in America with a net worth of $179 billion, according to Forbes. Bezos’s wealth is up from last year when it was set at $114 billion.

The second wealthiest person is Bill Gates of Microsoft with $111 billion, and third was Mark Zuckerberg of Facebook with $85 billion. Also in the top 10 are the recognizable names of  Warren Buffett of Berkshire Hathaway, placing fourth with $73.5 billion, and Elon Musk of Tesla and SpaceX with $68 billion, putting him at seventh richest.

For Massachusetts, here are the wealthiest residents, and where they placed on the Forbes list:

After a decline in her net worth from $17.3 billion in 2018 to $14 billion in 2019, Johnson’s wealth increased to $15 billion in 2020, placing the Fidelity Investments CEO as the 34th richest person in the country, and the richest in Massachusetts.

Johnson, 58, resides in Milton, according to Forbes. Fidelity was formed in 1946 by Johnson’s grandfather, Edward Johnson II. Abigail Johnson has been CEO since 2014 when her father passed the torch. She’s been the company’s chairman since 2016. She holds an MBA from Harvard.

It may come as no surprise that the 72nd richest person in the country, and second richest in the state, is Abigail Johnson’s father, Edward “Ned” Johnson III, 90, whose net worth is measured at $7.4 billion. His wealth fell from $8.6 billion in 2018 to $7 billion in 2019. Prior to becoming an analyst at Fidelity, the elder Johnson served in the U.S. Army, according to Forbes. He ran the company for 37 years.

While Vanguard is the largest mutual fund manager in the country, Fidelity is second. It manages $2.9 trillion in assets, Forbes said.

85. Jim Davis and his family

Unlike the Johnsons, the wealth of Jim Davis, 77, and family has been on an upward trajectory since 2017, and in 2020 it reached $6.9 billion, according to Forbes.

The New Balance chairman originally bought a Boston-based shoemaker in 1972, and that has since grown into the $4 billion company it is today. Alongside Jim, his wife, Anna, serves as the company vice chairman, a position she’s held since 1977.

The New England Patriots owner, and chairman and CEO of The Kraft Group, placed just within the top 100 wealthiest people in the country with a net worth of $6.6 billion, Forbes said.

Kraft, 79, has owned the New England Patriots since 1994 when he bought the team for $172 million. Since then, the team has gone on to win six Super Bowls and is now worth $4.1 billion.

Paper and packaging was Kraft’s way of making his fortune.

The next richest person in Massachusetts is Alan Trefler, 64, who founded Pegasystems, a software company based in Cambridge. His net worth is $4.1 billion.

Pegasystems, “which focuses on streamlining business and enhancing customer engagement,” became public in 1996, according to Forbes. It now has 5,500 employees, and nets over $900 million each year.

A “cable TV pioneer” in the 1990s, Amos Hostetter’s net worth is $3.5 billion, according to Forbes. With a master’s in business administration, and $1,500, Hostetter began investing in the cable television company that would one day become Continental Cablevision.

Hostetter, 83, now operates Pilot House Ventures and is a philanthropist. Millions of dollars from the Barr Foundation, which belongs to his family, goes to education and the arts, and combating climate change.

Tied with Amos Hostetter Jr. at 228 is another Johnson. Edward Johnson IV, 55, is the brother of Fidelity CEO Abigail Johnson, the state’s wealthiest resident, and is the grandson of Edward Johnson II, who founded the company.

The next wealthiest Massachusetts resident? You guessed it, another Johnson. Elizabeth is Abigail Johnson’s sister.

Elizabeth Johnson, 57, founded a stable for jumping show horses named Louisburg Farm in Wellington, Florida, back in 2013, according to Forbes. She holds a 5.56 percent stake of FMR, which you may remember is Fidelity’s parent company.

The next wealthiest Bay Stater is Steve Conine, Wayfair’s co-founder and co-chairman, with a net worth of $2.8 billion, according to Forbes.

Conine, 48, founded the company in 2002 with Niraj Shaw, a friend from a summer program the two attended at Cornell University in high school. Wayfair’s net revenue jumped substantially in 2019 to $9.1 billion, a 35 percent increase from 2018, which brings us to …

Shah shares the 299th wealthiest person in America post with Conine, his Wayfair co-founder. He also has a net worth of $2.8 billion.

Shah, 46, and Conine resided in the same dorm while in their first year at Cornell. Shah has sat on the Federal Reserve Bank of Boston’s board since 2017, according to Forbes.

Jim Koch, the creator of Samuel Adams beer, has a net worth of $2.6 billion.

Koch founded the company in 1984 after he began brewing using his great-great-grandfather’s recipe from the 1870s, according to Forbes. He then began selling his Boston Lager, the first beer he ever made, door-to-door to Boston restaurants and bars.

The next wealthiest Bay Stater Valentin Gapontsev, 81, founded IPG Photonics, the creator of “high-power fiber-optic lasers,” according to Forbes. IPG Photonics is based in Oxford, and Gapontsev, who holds a 23.2 percent stake, lives in Worcester. He’s a citizen of both the United States and Russia. His net worth is $2.3 billion.

The last resident of Massachusetts to make the list is Phillip “Terry” Ragon, 71, the founder of software company InterSystems. Ragon owns the company completely; it brought in $704 million in sales in 2018.

Philip Ragon and his wife, Susan, have given to various causes over the years. Together they created Ragon Institute, focused on creating an HIV vaccine, in 2009. They also gifted a $200 million endowment for the Ragon Institute of Massachusetts General Hospital, MIT and Harvard, according to Forbes. 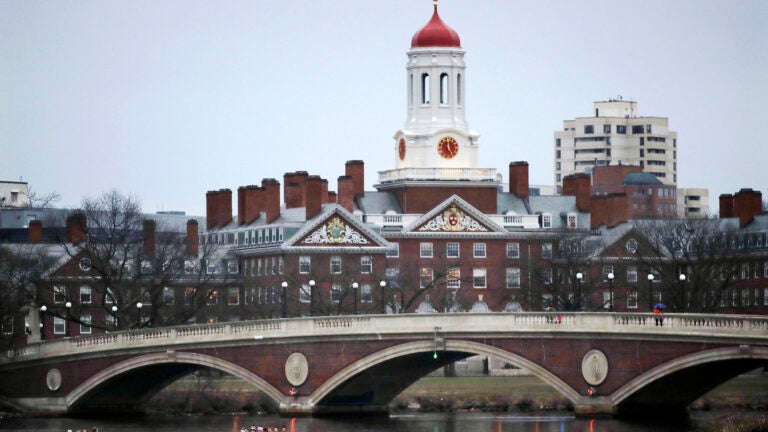 Harvard University will divest itself from fossil fuels