A former longtime pastor for a Lynn parish, who had been accused in 2012 of sexually abusing a child, has been found guilty by a Roman Catholic judicial court and sentenced to “a life of Prayer and Penance,” the Archdiocese of Boston announced in a statement Thursday.

“He may not provide spiritual direction, may not wear clerical attire and cannot function in any manner as a priest,” the statement read. “He is to live in contemplation of his sins and pray for all of those affected by his conduct.”

Allegations against Gaudreau, who’s in his 70s, first surfaced in 2012 when the cleric was accused of molesting a child in 2006. Pending an investigation at the time, he was placed on paid administrative leave.

Shortly after the decision, Gaudreau had said in a statement acquired by The Boston Globe that his “conscience was always clear.”

“I knew that I was innocent of any wrongdoing. I was also confident that, in time, I would be thoroughly exonerated,” he had said. “Now that the cloud of suspicion has been lifted by civil authorities, I look forward to a prompt and equally just vindication by the canonical authorities of the Archdiocese of Boston.”

But the archdiocese continued its own probe into the allegations against him.

On Thursday, Gaudreau’s sentence “to live a life of Prayer and Penance” had been affirmed by the Vatican.

Ordained in 1969, the former priest first arrived at Saint Joseph Parish in 1984 as the Spanish apostolate for the Lynn area, officials have said.

Since he was found guilty by church authorities, the Boston archdiocese cited the United States Conference of Catholic Bishops, saying Gaudreau “is expected to dedicate his life to praying for victims and repenting of his past offenses. In this way, the Church seeks even here to prevent any future abuse and to repair the injustice that has already taken place.”

As Gaudreau’s sentence takes effect, archdiocesan officials announced Friday that the Holy See, or the jurisdiction of the Bishop of Rome, has also dismissed John P. Lyons from the clerical state.

Under the decision, Lyons is no longer allowed to “function in any capacity as a priest,” the Archdiocese of Boston said in a release.

Lyons was ordained in February 1955, and in May 2002, he was removed from public ministry due to allegations that he had sexually abused a minor.

Cardinal Seán O’Malley, leader of the Boston archdiocese, is encouraging survivors, their families, and anyone else in parishes impacted by clergy sexual abuse or allegations of abuse to contact the Archdiocese’s Office of Pastoral Support and Outreach by calling 617-746-5985.

“We are grateful to the victims who had the strength to come forward. Their courage assisted the Church in seeking justice,” the archdiocese said. “We pray for all those affected by this matter.” 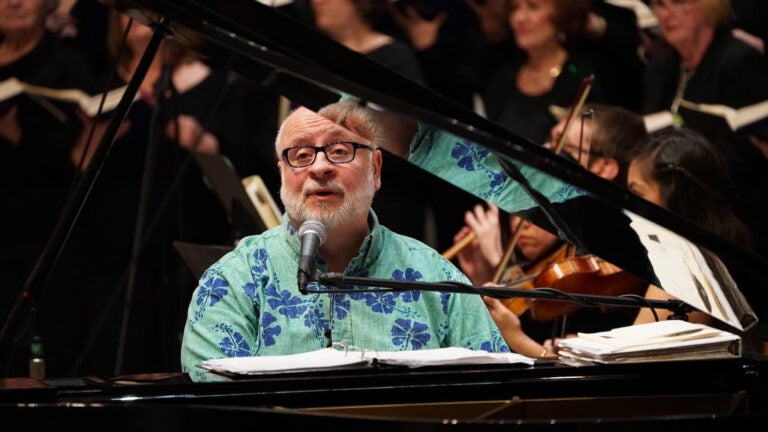 Catholic churches, including in Boston, drop hymns after accusations against composer