Massachusetts Supreme Judicial Court Chief Justice Ralph Gants has died, his fellow judges on the court announced Monday afternoon — less than a week after Gants said he planned to resume duties after he was hospitalized due to a recent heart attack. He was 65.

“It is with deep sadness that the Associate Justices of the Supreme Judicial Court announce the death of Chief Justice Ralph D. Gants,” the court’s six other judges said in a statement Monday.

“Our hearts and prayers are with his family,” the statement continued. “We have no further information at this time.”

The announcement comes just six days after Gants disclosed that he had surgery to insert two stents following a heart attack on Sept. 4.

However, the chief justice said he hoped to be discharged from the hospital “soon” and expected to “be able to resume full duties, albeit initially on a limited basis.”

The Boston Globe even reported this past Friday that Gants was expected to participate in a decision in a case about Gov. Charlie Baker’s executive authority during the COVID-19 pandemic.

Married with two children, Gants had been the the SJC’s chief justice since 2014 and first joined the court in 2009. According to this court biography, the New Rochelle, New York native earned two degrees from Harvard University and began his career as a law clerk, before becoming a special assistant to former FBI Director William Webster.

Gants went onto work as the assistant U.S. Attorney in Massachusetts and chief of the Public Corruption Unit. He was appointed by Gov. Bill Weld to the Massachusetts Superior Court, where he served for 11 years before Gov. Deval Patrick appointed him to the SJC.

In statement Monday evening, Patrick said the death of Gants was a “a profound loss — for his family and friends, for the Supreme Judicial Court, the Judiciary and the Bar, and for all those who seek justice in our courts.”

“He was a learned, rigorous, serious and sincere jurist who faithfully honored constitutional principles and also saw the people behind the docket numbers,” said the former Massachusetts governor and 2020 presidential candidate. “He was also wicked funny, taking his work but never himself too seriously.”

Gov. Charlie Baker, who has the authority to nominate one of the other six SJC judges to become chief justice, said Monday afternoon that he was “shocked and deeply saddened” by the passing of Gants.

“He was a dedicated public servant of the highest order and sought to do justice his entire 40-year legal career,” Baker said in a statement. “He led the Supreme Judicial Court with intelligence, integrity and distinction. In his decisions and in his role as the leader of the Commonwealth’s judicial branch, he always worked to promote the public good. His legacy as a judge and as Chief Justice is profound, and he will be sorely missed. I send my condolences to his colleagues, his friends, and his family.” 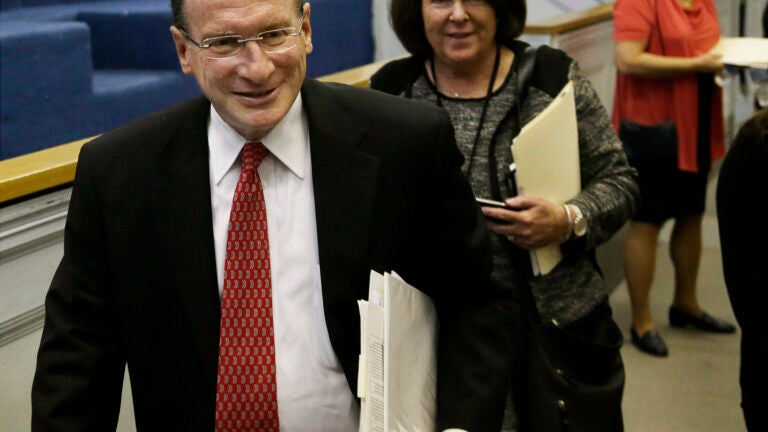