A Quincy family has been displaced from their home following a house fire Saturday, months after the death of a husband and father from COVID-19 complications.

Firefighters responded to the 7 Roselin Ave. home in the city’s Hospital Hill neighborhood — the house where the Andrade family has lived for over two decades, The Patriot Ledger reports.

Multiple generations of the family live in the basement and second and third floors, while the first floor of the house is rented, according to the newspaper. Residents were able to make it out of the dwelling, along with five dogs, two cats, and a turtle — all of which were treated for smoke inhalation and minor burns, Nina Andrade told the Ledger.

“It’s been really tough,” Andrade said Monday. “We lost our dad in May to COVID and some accompanying health issues, and my mother has lung issues as well so we’ve been trying our best to keep her safe while dealing with everything that came with losing my dad. This is just the icing on the cake.”

Quincy Fire Capt. Roger Kenivey told the newspaper the cause of the blaze appeared to be electrical and seemed to have originated in the basement. He estimated the fire left between $200,000 and $250,000 in damages.

Jordan Miller, a family friend, launched a GoFundMe campaign Tuesday to help the Andrades. As of Wednesday morning, the effort had raised over $1,000.

Andrade said her family is now staying with friends and in hotels as it may take six months to a year before they can return to the home.

According to the Ledger, most of the belongings in the house were destroyed. Firefighters, however, were able to retrieve the urn that carries the ashes of Andrade’s father, Jose.

“It’s honestly devastating,” she told the newspaper. “We all just don’t have anywhere to go. And beyond that, the sentimental value of the house is just all gone. We’re so fortunate we all made it out with our animals, but it’s been very tough.” 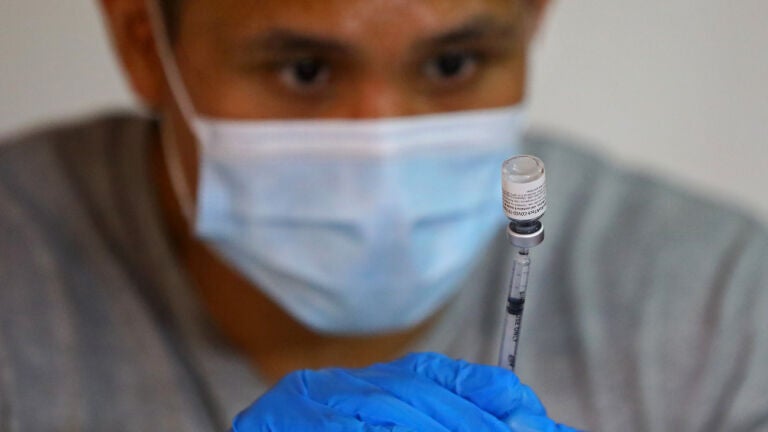