Officials say 81 percent of elementary students in Massachusetts have already gotten the flu vaccine, the highest rate in the nation.

Still — amid worries of an uptick in COVID-19 cases as children return to school, the weather turns colder, and flu season approaches — Gov. Charlie Baker says the state “can do better.”

“And we should,” Baker said during a press conference Thursday.

After getting a flu shot himself at a CVS pharmacy in Boston, the Republican governor underscored the reasoning behind his administration’s recent mandating of the vaccine by the end of the year for all children 6 months or older attending child care, pre-school, kindergarten, grade school, high school, or college in Massachusetts.

Baker said that his office had heard from health care providers that it would be”incredibly difficult” for the system to deal with a surge in flu cases at the same time as a potential second coronavirus wave across several fronts.

“I know some people are troubled by the fact that, given the authority we have under state law, we mandated that kids and college students get a vaccination this year,” the governor said.

“I have to come back with a message that came from a community that really put themselves on the line for the people here in Massachusetts at the end of last winter and through the spring, which was our health care community here,” he continued. “Everything we can do to ensure that people are vaccinated [for] the flu makes sure their ability to do what they need to do for people here in Massachusetts, through the flu season and the potential of a second surge, can be done as well as it possibly can be.”

The Baker administration’s rule, which was first announced last month, applies to full-time students under the age of 30, including full-time graduate students and both full- and part-time health science students in Massachusetts.

There are exceptions for students who attend college exclusively online and never visit campus in person, as well as home-school students and those who have a medical or religious exemption from the vaccine.

However, elementary and secondary students in school districts using a remote learning model due to COVID-19 are not exempt.

Massachusetts is the first state to announce such a requirement, which has faced some vocal protests from parents and activists who argue it amounts to government overreach. But Baker’s COVID-19 state of emergency declaration gives him sweeping rule-making authority (which is the subject of a lawsuit before the state’s top court).

Public health officials also say the requirement is prudent policy in order to avoid a “twindemic.” And during the press conference Thursday, officials expressed hope that it would not only preserve resources and hospital capacity to treat the potential increase in individuals infected with COVID-19, which has similar symptoms, but also simply prevent the flu itself.

Marylou Sudders, the state’s health and human services secretary, said Thursday that there were over 40,000 reported flu cases and 6,600 deaths to the virus during the past flu season, which typically ramps up in December. According to Sudders, the state’s Department of Public Health has purchased 1.156 million doses of the flu vaccine for this season, a 28 percent increase from the 900,000 the agency usually obtains.

“We just say to all of those folks in Massachusetts, who admire respect and appreciate the heroic work that was done by so many people in our health care community last spring, that for them and for yourselves, you should go out and get a flu vaccine this year,” Baker said, adding that increasing the flu vaccine rate among students would “help kids stay in school during the course of this pandemic.”

“Helping kids get back to the classroom and keeping them there is one of the most important things that we, the adults, can do at this point in the ongoing battle against COVID,” he said. 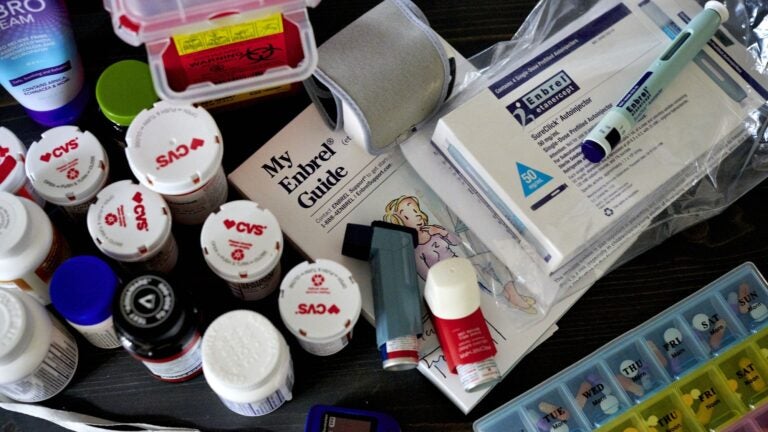