A Lawrence man who owns a driving school in North Andover was arrested Friday on allegations that he was running a “large-scale methamphetamine” operation, State Police said.

Police said Michael Larocque, 56, was arrested at his home Friday as investigators executed search warrants at his Colonial residence in Lawrence and the North Andover Auto School at 203 Turnpike St., which Larocque owns.

About two pounds of methamphetamine were seized at Larocque’s home, according to police, plus “vials of an unknown liquid and paraphernalia related to narcotics distribution.” More methamphetamine was found in his car parked at the home, police said. The search of the auto school allegedly turned up another 400 grams of meth, police said, as well as pills and $12,000 in cash.

Police say their investigation, which began two months ago, involved making “multiple controlled purchases of the drug” from both Larocque’s home and the auto school.

Larocque was arraigned Monday in Lawrence District Court on two counts of trafficking in methamphetamine over 200 grams, police said. He was held on $250,000 cash bail and was ordered to surrender his passport and remain substance free. His next hearing is set for Oct. 19. 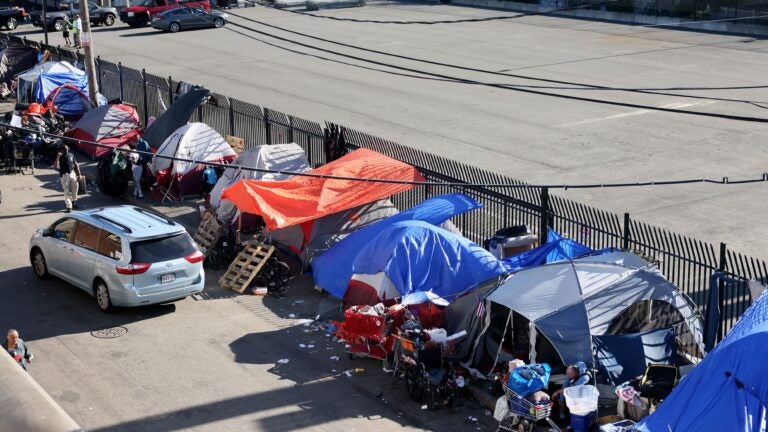