WEYMOUTH, Mass. (AP) — Federal regulators have given final approval for operation of a natural gas compressor station in Massachusetts that opponents have said is an environmental hazard.

The Federal Energy Regulatory Commission on Thursday gave the company behind the Weymouth facility, Enbridge, permission to put the station into service, according to WGBH.

The federal and state review of the project began and in January 2015.

“The Weymouth Compressor Station will enable three local gas utilities in Maine and one in Canada to benefit from additional access to natural gas, helping homes and businesses switch from higher-emitting fuels to cleaner-burning natural gas,” an Enbridge spokesperson said in an email.

The approval came less than two weeks after an accident during testing triggered an emergency shutdown that required workers to vent gas into the surrounding area.

That prompted politicians, including U.S. Sens. Edward Markey and Elizabeth Warren, to call for a suspension of operations pending a review of the incident.

Alice Arena of Fore River Residents Against Compressor Station said she was disappointed but not surprised by FERC’s approval.

The station is part of Enbridge’s Atlantic Bridge project, which is supported by contracts with local distribution companies and an industrial customer.

Enbridge has said it plans to begin delivering gas by Oct. 1.

This story has been changed to correct that the Atlantic Bridge Project is not for the export of natural gas, but for the distribution of natural gas within New England and the Canadian Maritimes. 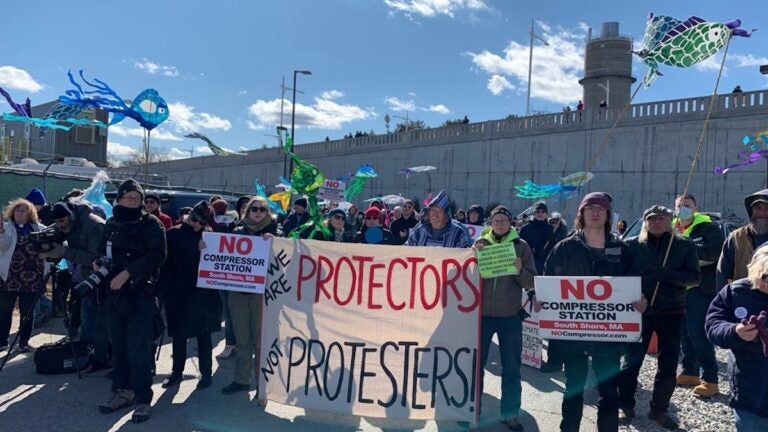