THOMASTON , Conn. (AP) — A Connecticut man shot and killed a black bear that his dog confronted near his yard, police said.

William O’Connor, 26, of Thomaston, will appear in court on a summons for illegally killing the animal on Tuesday, the Republican-American reported. It is illegal to shoot bears in Connecticut with few exceptions.

O’Connor let his dog out of his home around 5 p.m. on Tuesday when it confronted a black bear and her two cubs at the edge of his property, the state’s environmental conservation police said.

The two cubs climbed up a tree and the black bear stood facing and making noises at the dog, the police said.

O’Connor got a .22 caliber rifle and shot at the bear to scare it.

“The shot struck the bear, which moved about 30 yards to a neighboring property’s driveway, collapsed, and eventually died,” Will Healey, a spokesperson for the Department of Energy and Environmental Protection, told the newspaper.

A necropsy showed the bear died of a liver wound. The police said they think the cubs are old enough to survive on their own and O’Connor’s dog was not hurt.

A phone number listing could not be found for O’Connor, and it was not immediately clear whether an attorney is representing him in the case. 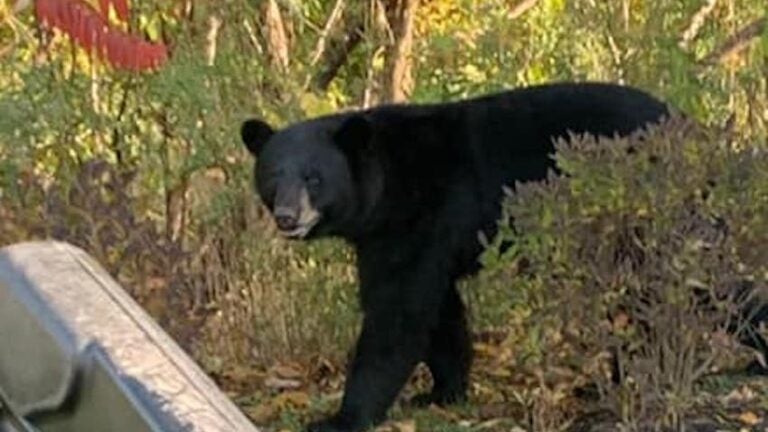 Bad enough the power's been out, now there's a bear