As Massachusetts’s health department reported 17 new deaths and 600 additional cases of COVID-19 Saturday, the state Department of Correction said nearly one-third of the patients at a Plymouth facility plus nearly a dozen workers have tested positive for the coronavirus.

And in New Hampshire, seven students in Raymond will quarantine after a youth sports player tested positive, the school district’s superintendent said Saturday.

The reports come as the nation’s attention was on President Trump, who tested positive for coronavirus and on Friday afternoon was transported to Walter Reed National Military Medical Center.

Also on Saturday, the state’s Department of Correction reported 28 male patients at the Massachusetts Alcohol and Substance Abuse Center in Plymouth have tested positive for the coronavirus.

Eleven employees with Wellpath, the company that handles inmate health care for the Department of Correction, also tested positive for the disease, according to a statement Saturday.

On Sept. 23, the agency said in the statement, a person who had been released from civil confinement at the facility had tested positive for COVID-19 after leaving the facility.

Department leadership ordered COVID-19 testing for all patients and staff at the facility, the statement said. That testing identified patients with cases of the disease, who were moved to a separate wing in the facility.

The workers who tested positive will not return to their jobs until medically cleared to do so, the statement said.

None required hospital care, and four have been since been released from the substance abuse center, the statement said.

As of Tuesday, there were a total of 97 patients in the Plymouth facility, according to the department. The agency immediately halted new admissions to the facility until further notice, the statement said.

The outbreak at the Plymouth facility was reported Friday by Commonwealth Magazine.

“The Department of Correction’s focus remains on the health and safety of those entrusted to our care at all 16 of our facilities. All MASAC patients have been tested, and all who tested positive are being treated in quarantine,” a department spokesman said in the statement Saturday.

The spokesman said the agency continues strategic testing department-wide consistent with guidance from the Department of Public Health to “ensure that any new cases are identified rapidly and transmission is minimized to the greatest extent possible.”

On Saturday, Boston University announced that six first-year students will face deferred suspensions in connection with a gathering last weekend where underage drinking and violations of COVID-19 guidelines were reported.

An investigation of the gathering, which involved about 20 students, found that the half-dozen who now face disciplinary action were responsible for most of the mask violations, as well as beer found at the scene, according to a BU statement.

Deferred suspension means that a secondary disciplinary violation of any kind will result in the students being suspended for the rest of the semester, the statement said.

That player is not a student in Raymond’s school district, the statement said.

Two of the district’s middle-schoolers and five elementary students will quarantine after being identified as close contacts with the positive case after an athletic practice Thursday, McCoy said.

“No students are in the buildings on Fridays, and the district believes that the exposure has been limited to the students who have already been notified that they have to quarantine,” McCoy said.

The students will remain in quarantine for 14 days and will receive remote instruction and support services, she said.

Raymond’s schools reopened last month with a hybrid model that includes a mix of remote and in-classroom teaching for students. The school week will start Monday following the same plan, McCoy said. 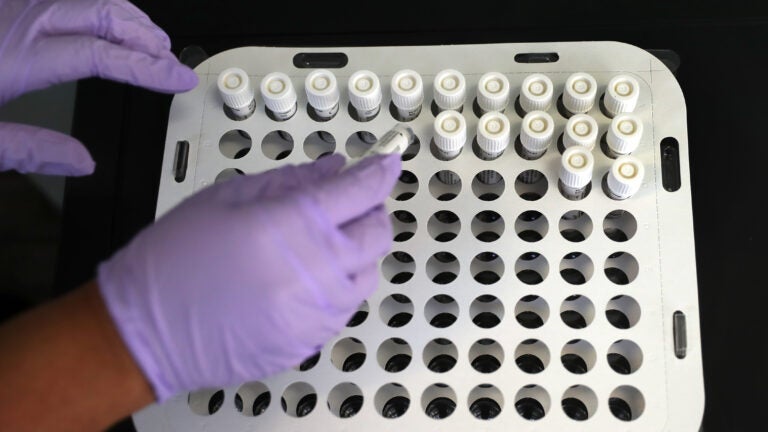