Bear and Melissa LeVangie spent much of their childhood aloft, in a then-forested area of Massachusetts. “Our mother would say, I don’t want to see you until it is dark,” said Bear LeVangie. “We would climb an 80-foot — it seemed like a 100-foot then — white pine and hang out and not think twice about it.”

The twins still spend much of their time in and around trees: Both are arborists, which is akin to being tree doctors. Both are seeing a surge in demand for arborists because the region’s trees are faring so poorly.

“I would never have anticipated how fast things are declining,” said Melissa LeVangie, who works for Shelter Tree, a tree care supply company, and is tree warden, or caretaker, for the town of Petersham in central Massachusetts.

As climate change accelerates, the trees in the Eastern forests of the United States are increasingly vulnerable. For many arborists, the challenges facing trees are reshaping and expanding the nature of their work. Many said they are spending more time on tree removal than ever before — taking down dead or unhealthy trees, or trees damaged or felled by storms. 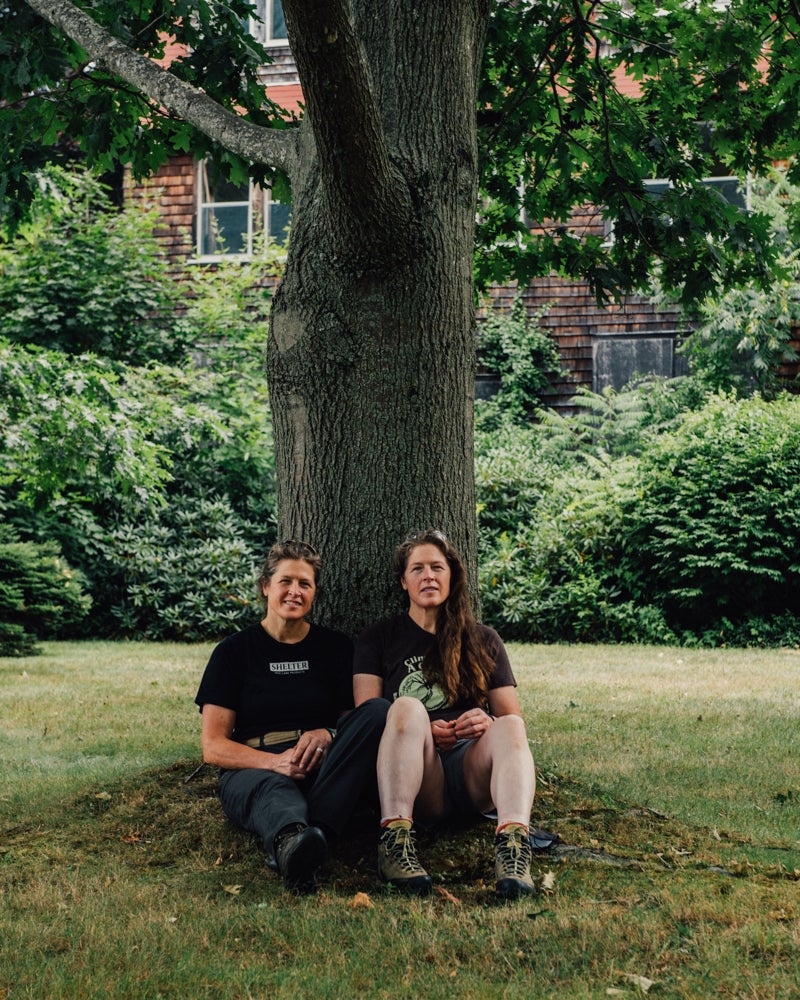 “We are a heavily treed state,” said Kristina Bezanson, an arborist and a lecturer at the University of Massachusetts Amherst. “We are having more tree problems that require lots of arborists, and there is a shortage of arborists.”

Many New England towns are verdant, and the area is roughly 75% forest — forests that have generally grown back twice, after clearing by colonists for agriculture and after logging for timber in the early 1900s. To the untrained eye, it looks good: lots of green.

Not to the trained eye.

To spend time with tree experts is to remove one’s green-tinted glasses and to see Oz as it really is. Many species — including ash, oak, maple, hemlock, elm, and white pine — have their own particular pest or disease threatening them. And there are more pests and diseases on the horizon, including insects like the spotted lanternfly and infections that weakened trees cannot fight off.

Many trees are also stressed by bouts of drought or intense rain, by rising temperatures and changing season length, by extreme weather — by all the various manifestations of climate change — as well as by air pollution and by invasive plants choking or displacing them. The list of threats is long, synergistic, and growing rapidly, which means that trees do not have sufficient time to recover and adapt.

Even a quick tour of a New England-picturesque town common can reveal a lot about the deteriorating condition of the region’s trees. On a morning in late summer, the LeVangies inspected several trees in Petersham, where, since 2014, Melissa LeVangie has been warden — a position every municipality in Massachusetts has been required to have since 1899. When she can’t make it, her twin checks on the trees. Bear LeVangie works for Eversource, traveling a circuit of 35 towns in Connecticut, overseeing trimming and pruning crews and looking for “hazard trees,” including those that are dead or dying.

The two spent a long time with a maple they estimated was about 150 years old. It had two species of decay fungi blooming on its trunk, but Melissa LeVangie had decided to not cut it down. “What I am doing is allowing it to have a slow death and have it be part of our community for as long as it can,” she said.

“It is important to cherish trees, even in their decline. They are our elders,” Bear LeVangie said.

They visited an ash being treated for emerald ash borer, an invasive insect that has killed tens of millions of trees, according to the U.S. Department of Agriculture. Bear LeVangie flipped over a leaf. More trouble: tussock moth larvae and two other pests.

They visited an oak that had put on scant growth this season, likely because of the drought. Now over four months long, the drought has led to increased wildland fire risk across the state.

And they visited a young maple with red and yellow leaves. “People look at that and say ‘Oh look, fall is coming early, it is going to be a colorful fall!’ No. This is happening early because the trees are very stressed out,” said Bear LeVangie.

“If you get an arborist talking, watch out,” said Ron Yaple of Race Mountain Tree Services in Sheffield, Massachusetts. “We have a lot on our minds.” His team is booked months in advance, he said. He pointed inside his company’s warehouse-like garage, where a bucket truck and other specialized vehicles were parked. “I have the equipment for a second crew,” he said. “But not the people.”

Bezanson of UMass Amherst, who is among those training the next generation of arborists, said she sees rising demand not just regionally but nationwide in the profession’s three principal sectors: commercial, municipal (also called urban forestry), and utility. Graduates specializing in arboriculture “have so many jobs waiting for them, they get to pick and choose,” Bezanson said. “I like to say they have a 150% job placement rate.”

One of the fastest growing areas has been utility arboriculture, which involves managing trees near power lines and other infrastructure. Philip Charlton, executive director of the Utility Arborist Association, said that his organization had grown from 2,800 to over 6,100 members in the last five years. The demand, which he said is outpacing supply, has been driven by regulations drafted after power failures, by storms, by fires and by pests.

The growing demand has been accompanied by a recognition that there is ever more to know: about pests, climate change, disease, safety, and the science of trees. Although few states require licenses, voluntary certification and continuing education programs, like those run by the International Society of Arboriculture, are expanding.

Many state-based professional organizations have their own certification programs as well. “A lot of companies are formalizing their training,” said Trumbull Barrett, president of the Massachusetts Arborists Association.

More arborists are incorporating climate change into their decisions. “We are seeing things on the horizon that are very disconcerting, very unnerving,” Yaple said. “So when people ask us to recommend tree plantings, we suggest that people plant trees that are very happy in the Mid-Atlantic states.” The range of some tree species is expected to shift north, following warming temperatures. So Yaple has been eying redbuds and scarlet oaks.

Alexander R. Sherman, city forester for Springfield, Massachusetts, is doing the same: growing more southern trees in a nursery and seeing how they fare on the streets. At the moment, he is experimenting with a type of tulip tree, a Kentucky coffeetree, and a sawtooth oak.

This spring, Bezanson planted over 300 trees in the mostly hemlock-and-white-oak woods around her home. “Some people baked bread. Other people planted trees. I did both,” she said. “What I have tried to do is brace for climate change and plant trees that are going to be more resilient for the future.” Bezanson planted species that do well in warmer, drier climates, such as black gum, pawpaw, and persimmon. And she planted balsam fir because hemlocks are being wiped out by an aphid-like pest, the hemlock woolly adelgid.

There are chemical treatments for some diseases and pests like the woolly adelgid. And this summer, the Massachusetts Department of Conservation & Recreation continued releasing wasps whose larvae feed on the emerald ash borer — an approach called biocontrol. But biocontrol and pesticides can be expensive and virtually impossible to deliver at the scale of millions upon millions of trees.

Which is why many experts, from arborists working with individual trees to foresters working with vast woodlands, are increasingly managing for diversity. “If you have 12 species of trees in one forest and now the ash is dying, that is terrible, but at least you have 11 other species,” said Michael Mauri, a consulting forester based in South Deerfield, Massachusetts. “Protecting and maintaining diverse species is kind of our best defense against all the stuff, known and unknown, that is going to be visited upon us.”

Foresters often do that not by planting, as Bezanson did, but by cutting. Ten years ago in the 103-acre Fox Valley Wildlife Sanctuary, for instance, white pines were removed from 5 acres where the species was dense and all nearly the same age. 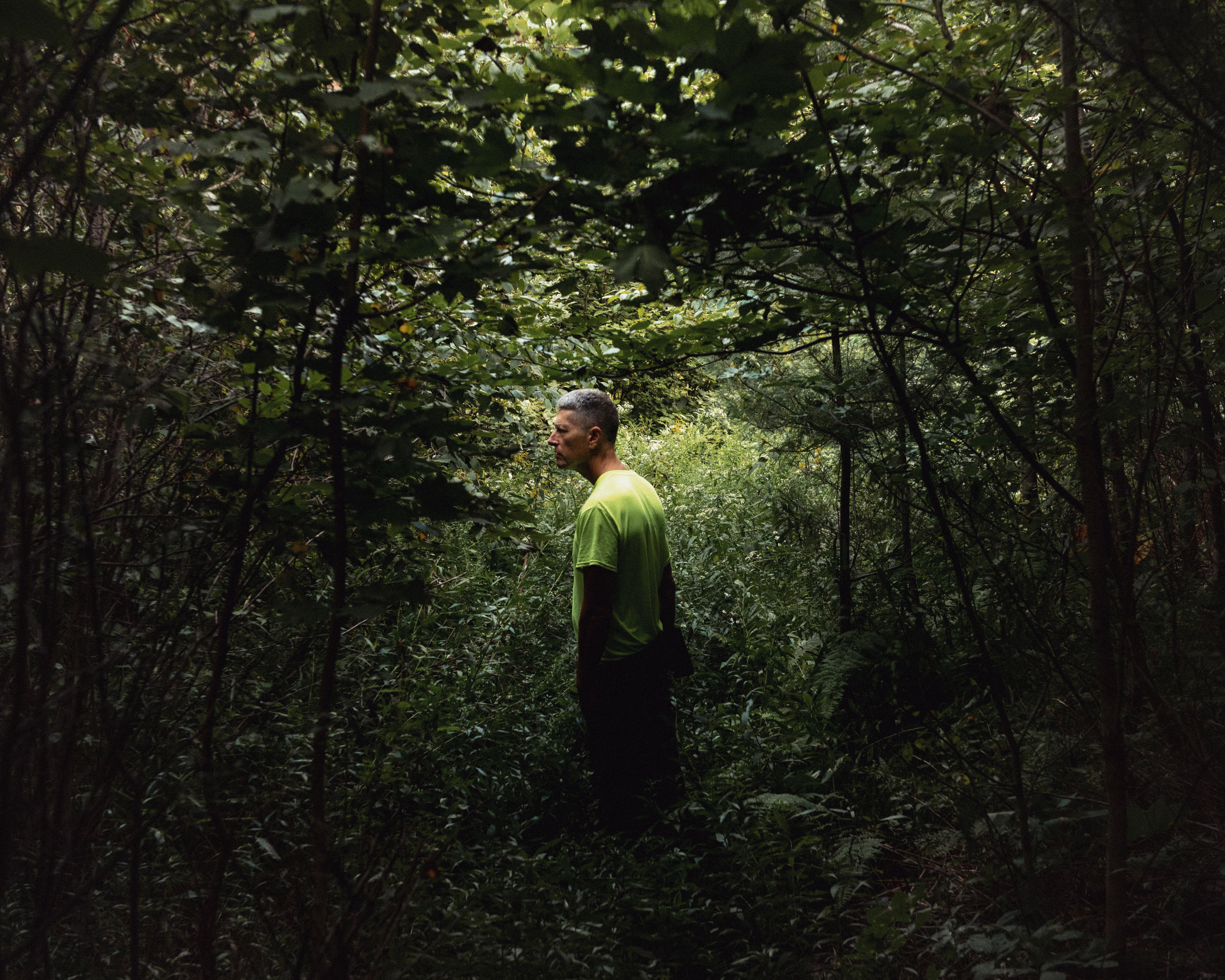 Michael Mauri, a consulting forester based in South Deerfield, Massachusetts.

Now, that area in the preserve is thick with young maple, oak, and birch, and provides habitat to different birds and animals than those in white pine forests.

Mauri has done similar removals in small patches of a nearby 300-acre property that belongs to a family. “What we are looking at is complex layered canopy,” he said. “Nothing not to like here.”

In the United States, families own 35% or so of forests — about 263,000,000 acres — according to the Family Forest Research Center in Amherst. In Massachusetts, families own 70% of the forests. Much of the future of the region’s landscape is bound up in decisions these families are making about whether to protect, sell, subdivide, develop, log, or bequeath to the next generation.

“Keeping forest as forest is one of the biggest challenges. The nation is experiencing the largest shift of generational assets that the country has ever seen, the biggest shift of land ownership,” said Paul Catanzaro, an associate professor at UMass Amherst who specializes in forestry. “We are seeing landowners becoming more aware of climate change impacts and, more importantly, the role their land can play in mitigating climate change.”

The LeVangies said they, too, have seen public knowledge about, and appreciation of, trees and forests grow in the last decade.

Even so, they said, many people still don’t understand the importance of trees — for carbon sequestration, shade, habitat, property values, overall well-being, and their list goes on. “If trees provided Wi-Fi, we would be planting them everywhere,” Bear LeVangie said. “But they only give us the air that we breathe.”

And few look at trees with attention. “We see three leaves changing and we are like, ‘What’s going on?’” said Melissa LeVangie. “Whereas people call us when the tree is orange or defoliated. And we are like, ‘Dude it’s dead.’”

So the LeVangies try to get more people up in trees. In 2009, the sisters co-founded the Women’s Tree Climbing Workshop. Their team has taught some 700 women — including an ornithologist, a primatologist, a Cirque du Soleil trapeze artist, and a lichenologist — how to use ropes to ascend into canopy and move away from the security of the trunk.

“Out on the branches you see so much more. You can feel the tree flex,” said Melissa LeVangie. “You can feel when the tree is structurally sound. Or if the tree is saying, ‘No, get out of me.’ As unnerving as that is, it is also really great. There is so much magic that gets delivered to you.” 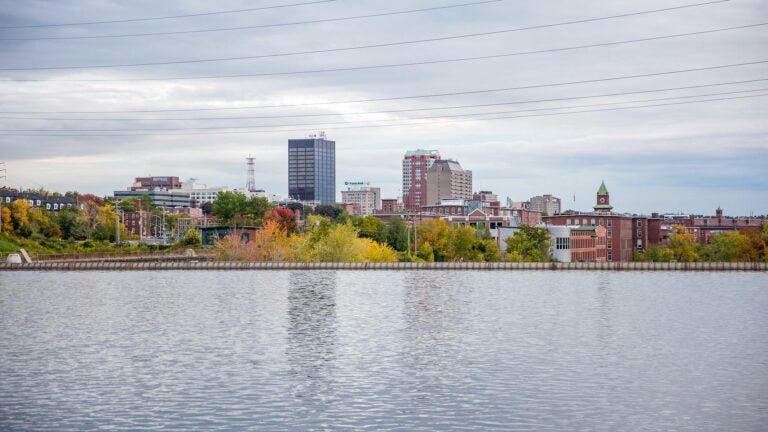