A man who allegedly set fire to a Biden-Harris sign made from hay bales by a farmer in Dalton was ordered held following a dangerousness hearing Friday, the office of Berkshire District Attorney Andrea Harrington said.

Lonnie Durfee, 49 of Dalton, was arraigned Tuesday on a charge of burning personal property. He allegedly set fire to the 15 ft. display created by Dicken Crane at the Holiday Brook Farm on Oct. 9.

A not-guilty plea was entered on his behalf. Durfee was ordered held pending Friday’s hearing. Prosecutors cited Durfee’s “violent history” and said he was a danger to the public according to the statement.

“Mr. Durfee’s record shows that he has engaged in a pattern of domestic violence, including strangulation, a strong indicator of potential lethality,” Harrington said. “Mr. Durfee’s recent arson allegations are particularly concerning in light of his violent history because he is escalating his hostility against the public at large.”

Earlier this week, the Globe reported that Durfee told investigators that he was a Trump supporter who burned the sign supporting the Democratic presidential ticket while he was drunk and grieving the death of his son. He also told police he burned another Biden-Harris placed on a lawn beside his parents home in Dalton.

Meanwhile, Crane replaced the Biden-Harris sign on his farm with a new display of hay bales. This one calls for “Love. Unity. Respect” 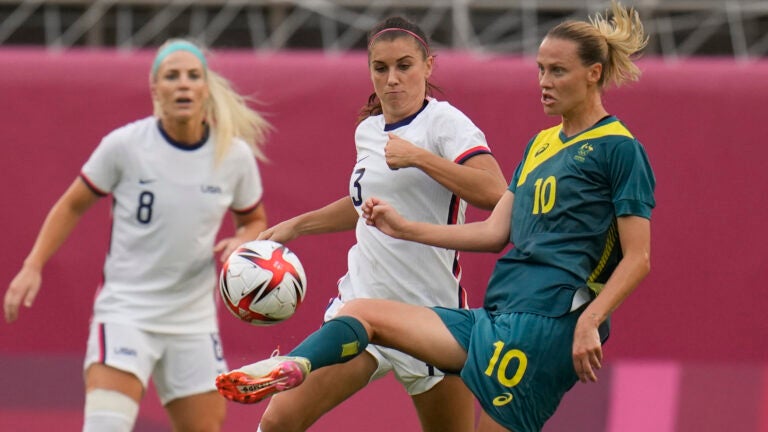 US soccer advances to quarterfinals after 0-0 draw with Australia