CONCORD, N.H. (AP) — New Hampshire on Monday asked the U.S. Supreme Court to block Massachusetts from collecting income tax from roughly 80,000 New Hampshire residents who are employed by Massachusetts companies but have been working from home during the coronavirus pandemic.

“Massachusetts cannot balance its budget on the backs of our citizens, punish our workers for making the decision to work from home and keep themselves and their families and those around them safe,” New Hampshire Gov. Chris Sununu said at a news conference. “New Hampshire has no choice but to seek relief in our nation’s highest court. We’re going to fight this unconstitutional attempt to tax our citizens every step of the way and we are going to win.”

Under a temporary rule enacted by the Massachusetts Department of Revenue, residents of other states who were working in Massachusetts before the pandemic remain subject to Massachusetts’ 5.05% income tax while they work from home. While the regulation will expire Dec. 31 or 90 days after the coronavirus state of emergency in Massachusetts is lifted, New Hampshire officials argue it represents a permanent shift in underlying policy and amounts to an “aggressive attempt to impose Massachusetts income tax” beyond its borders.

The lack of an income tax in New Hampshire is part of the state’s identity, they argue, and has helped boost per capita income, decrease unemployment and motivated businesses and individuals to move to the state.

“By reaching across its borders into the wallets of New Hampshire residents, Massachusetts takes direct aim at New Hampshire’s policy choices as a sovereign, and the New Hampshire Advantage that has resulted from those choices,” wrote Attorney General Gordon MacDonald.

The complaint asks the court to declare the rule unconstitutional, block its implementation and order Massachusetts to refund the taxes. MacDonald said he expects the court to decide by the end of the year whether to hear the case.

Massachusetts officials have said the regulation is similar to those adopted by other states and have declined to comment on pending litigation. 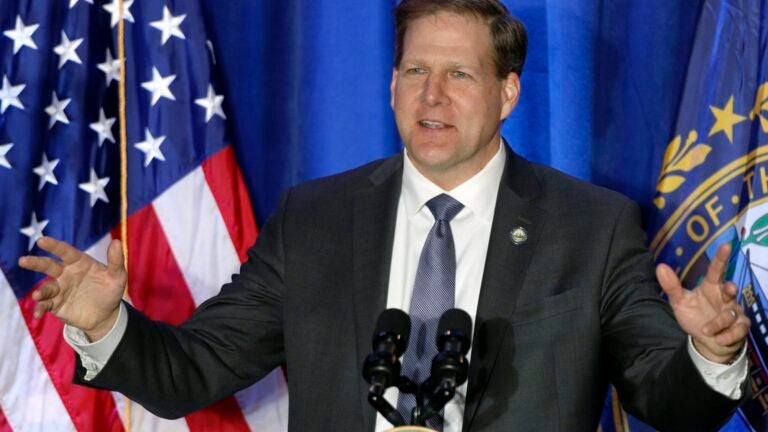