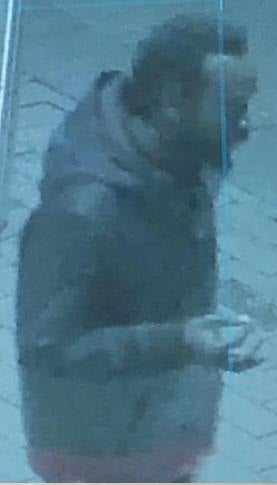 BOSTON (AP) — A man was charged with setting a Boston ballot drop box on fire and damaging dozens of ballots, police said Monday.

Worldy Armand, a 39-year-old Boston resident, was taken into custody late Sunday, hours after he started a fire inside a drop box outside the Boston Public Library in the city’s Back Bay neighborhood, authorities said. The box contained more than 120 ballots.

Armand faces a charge of willful and malicious burning, police said. It was not immediately clear whether he has an attorney to speak for him.

#InvestigationUpdate: Suspect Charged with Willful and Malicious Burning of Ballot Box in the area of 700 Boylston Street in the Back Bay. https://t.co/UzgibHDj5q pic.twitter.com/0zVjLfzkuC

The FBI had said Sunday that it’s investigating. Federal authorities urged members of the public to “remain vigilant and immediately report any suspicious, election-related activity.”

Massachusetts’ elections chief said he has directed local officials to boost security at drop boxes with guards and video surveillance, and to empty the boxes frequently.

Secretary of the Commonwealth William Galvin said in an interview Monday that he’s also advising communities to lock their ballot drop boxes on Saturday night, which is Halloween.

“We’re concerned that for that period of time, especially after dark, that they could be the object of pranksters or other individuals,” Galvin said.

Armand was arrested after drug control unit officers on patrol saw a man who matched the description of the suspect authorities were looking for in the ballot box fire, police said. Police said he also had an active warrant for receiving stolen property.

It’s the second fire reported at a ballot box in the U.S. this month. A fire inside an official Los Angeles County ballot drop box is also being investigated as arson, authorities said last week.

An FBI Boston spokesperson declined to comment on whether authorities believe the two fires are connected.

Officers called to the scene in Boston saw smoke coming out of the box before firefighters managed to extinguish the fire by filling the box with water, police said.

There were 122 ballots inside the box when it was emptied Sunday morning, and 87 of them were still legible and able to be processed, election officials said. Galvin said most of the 35 damaged ballots were largely intact and should be readable. Five to 10 of them are too damaged to be counted, he said.

Voters can go online to see whether their ballot was processed. Those who used that drop box between Saturday afternoon and 4 a.m. Sunday and can’t confirm the status of their ballot online should contact the Boston Elections Department immediately, officials said.

We’re encouraging any Boston voter who deposited their ballot at the Copley Square dropbox between 2:30 p.m. on Saturday, October 24, and about 4 a.m. on Sunday, October 25, to check the status of their ballot by calling 617-635-2211.

Voters whose ballots were affected can either vote in person or by a replacement ballot that will be mailed to them, officials said. If those voters don’t submit a new ballot, “their original ballot will be hand-counted to the extent possible,” election officials said.