Boston city councilors are standing united in opposition to potential MBTA service cuts transit officials are eyeing for next year as the agency tries to weather the financial losses brought on by the COVID-19 pandemic.

On Wednesday, the council unanimously passed a resolution that formally voices its frustration with the plan and calls on the MBTA’s Fiscal Management and Control Board to at least hold off on any decision making “until there is greater clarity regarding federal resources available in 2021.”

“We should not be having a conversation about cutting service in this small window right after the election and before the — knock on wood — new (presidential) administration takes office in January,” said Councilor Michelle Wu, the lead sponsor of the filing. “This is an issue that will require federal conversations, and we should not act in a very short-sighted way to put in place permanent service cuts while people are most needing to find a safe way to continue to get about during this pandemic.”

MBTA officials say they’re analyzing possible options for service rollbacks on each of the system’s branches based on ridership volume and “transit criticality,” which takes into account trips taken by low-income riders, people in zero-to-low-vehicle households, and people of color.

While a final plan has not yet been hammered out, officials offered a glimpse of some cost-saving avenues last month, such as reducing frequency — riders could see a 10-minute gap between trains during weekday peak hours — or shortening the window of service to 6 a.m. to midnight — and 7 a.m. to midnight on Sundays — on rapid transit lines.

On the commuter rail, service could be eliminated on some or all lines on weekends; cut after 9 p.m. on weekdays; gutted or cut during midday hours; have its frequency reduced during peak times; and even ended at certain stations.

For the ferry, eliminating certain routes or a scale-down in frequency could also be on the table.

“T ridership on some routes and services may not return to pre-COVID levels for a long time,” Transportation Secretary and CEO Stephanie Pollack said in a statement last week. “MassDOT and the MBTA are actively searching for other ways to replace lost fare revenue, such as using flexible federal dollars to minimize the operating budget impacts. But using limited resources to operate underutilized trains, ferries, and buses is not a responsible use of the money provided to the MBTA by riders, communities, and taxpayers.”

Whatever options are considered will be the toll of a projected nine-figure budget gap, largely brought on by the drop in ridership since the pandemic’s onset. The MBTA received federal aid under the CARES Act in the spring, but the cash is anticipated to run out by next summer.

In September, MBTA General Manager Steve Poftak joined his peers from around the country to call on federal legislators to award more funding to transit agencies.

The MBTA is slated to announce on Nov. 9 which services will be “prioritized and protected” and which will see proposed changes until revenue and ridership bounce back, officials said.

“I am aware that the federal government has put us in a really difficult situation,” Councilor Kenzie Bok said Wednesday. “And I think that to some extent, these service cuts, you know, are (being) anticipated (as) partly a game of playing chicken with the federal government about whether or not it will come to the aid of ours and other public transit systems around the country. But I just think it’s so important to understand the anxiety it creates for people who live every day of their life on the system.

“We need to really be hoping that that federal aid will come through, and, if not, the state just has to recognize the T as an utterly crucial part of its public infrastructure and figure out how to prioritize it in this moment,” she added. “And I just think that’s non-negotiable.”

As Boston has seen an uptick of coronavirus cases in recent weeks and with no end in sight for the health crisis, councilors highlighted the need for essential workers to have reliable transportation that connects them to their jobs. In fact, more transit service is needed so riders can adequately physically distance while on board, Bok said.

Councilor Liz Breadon also pointed to the long-term need for service in her district spanning Allston-Brighton, one of the city’s many neighborhoods booming with new development.

“We have a huge number of new development — a tsunami of new development, thousands of new units — and it’s all transit oriented, which basically means that the residents are relying on the on the T and our public transit to get around,” Breadon said.

The council is not alone in its condemnation.

Last week, the Cohasset Select Board wrote to Gov. Charlie Baker and Pollack, imploring transit officials to find options that “do not significantly reduce or terminate the Hingham/Hull ferry and the Greenbush Commuter Rail.”

In a letter, members wrote that one third of Cohasset’s working population is employed within Boston, and a large portion of it relies on ferry and train services for commuting. The town has also made investments geared toward spurring its own transit-oriented development.

“Cohasset rezoned land surrounding the Greenbush commuter rail allowing development of a now thriving retail and residential area that includes affordable housing units,” the board wrote. “These investments and the resulting jobs will be especially vulnerable to cuts in public transit. Eliminating or reducing service to the Greenbush Line and the Hingham/Hull ferry risks disconnecting our community from Boston and the metro area and directly threatens the economic future of our residents and community.”

As local officials sound off, the MBTA has said the public will have a chance to voice its say in whatever lies ahead.

Last week, officials announced a series of 11 virtual public hearings to provide feedback on the forthcoming plans and options before the FMCB makes a final decision in December.

“Equity demands that the MBTA focus its available resources on those who depend on us most for frequent and reliable service,” Poftak said in a statement. “It’s critical we hear from our customers and stakeholders on the services that they need now or will need soon.” 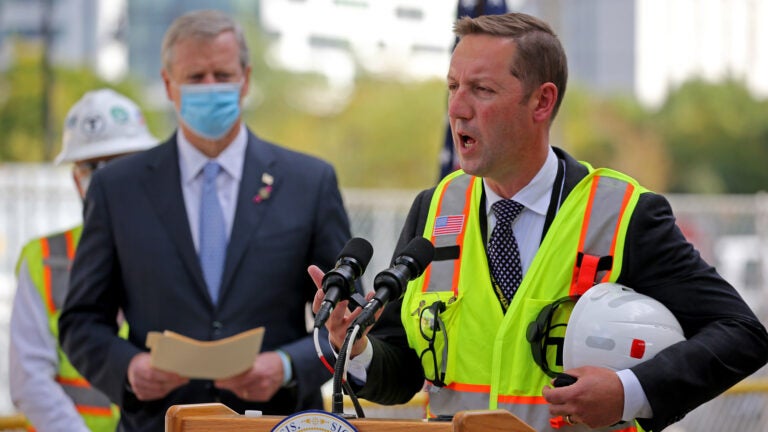 These are the cuts the MBTA is discussing for its trains, buses, and ferries due to COVID-19