The order states that all residents over the age of five years old must wear a mask or face covering in public locations (both indoors and outdoors) at all times, even in instances where someone can maintain social distancing of more than six feet from others.

The stricter measures are in response to rising coronavirus case numbers and hospitalizations statewide, with Baker saying in a Monday press conference that “too many of us have become complacent in our daily lives.”

To help residents better understand how the mandate will impact them, we’ve answered some of the most pressing questions about Gov. Baker’s mask order, including how it will be enforced, what the punishment for violating it is, and what exceptions exist.

What is the punishment for violating Gov. Baker’s mask order?

Violations of the face coverings mandate can result in civil fines of up to $300 per violation.

Are there exceptions to the mask order for health reasons?

Yes. Residents cannot be cited for not wearing a mask when they are unable to do so “due to a medical or disabling condition.” The order also states that residents who decline to wear a mask due to a medical condition “shall not be required to produce documentation verifying the condition.”

Additionally, mask-wearing is not required when it will “impede communication by or with a person who has a hearing impediment or other disability.”

Residents will also not be required to wear masks in their own personal vehicles or while engaging in an activity in which sector-specific face covering exceptions are already in place, such as eating and drinking in restaurants.

Who enforces the order?

“The Department of Public Health, Local Board of Health, and authorized agents” are authorized to enforce the order and may use the assistance of state and municipal police if necessary, according to the order.

In practice, this means that each municipality makes its own determination on the role of law enforcement and other “authorized agents” in enforcing the order.

While most municipalities have not had a face-covering order this strict in place before, both Cambridge and Somerville adopted near-identical orders earlier this spring. After loosening its order in July, Cambridge reinstituted the amendment.

“The state’s new order essentially catches up to what Cambridge has had in place now for quite some time,” Jeremy Warnick, the Cambridge Police Department’s director of communications and media relations, told Boston.com.

According to Warnick, Cambridge relies on a mix of police, Inspectional Services, and volunteers for a civic group called Cambridge Core to provide an education-first enforcement policy.

“Between those three groups … there’s been a lot of reminders issued,” Warnick said. “There’s been educational materials handed out. There have been masks physically provided.”

The order also says that MBTA and Transit Police are authorized to enforce the order within the MBTA bus, rail, and transit system.

MBTA officials said that employees have been told to remind mask-less riders of Baker’s order as an initial enforcement step. If the rider doesn’t comply, “the observation will be reported to the Operations Control Center, who will report and coordinate next steps with Transit Police.” The MBTA also said on Twitter that Transit Police will issue the $300 fines to those who refuse.

Unmasked riders will first be reminded of the requirement, but Transit Police will issue citations up to $300 to those who refuse. Children under 5 and riders with certain medical conditions are exempt.

The Boston Police Department did not respond to a request for comment.

What’s the likelihood that someone will be fined or cited for not wearing a mask?

Each municipality’s approach to enforcement may be different, and there is no statewide list of citations. But in the case of Cambridge, citations and fines have not been deemed necessary so far.

“There have not been, to my awareness, any citations within the police department here in Cambridge,” Warnick said. “That’s the philosophy of the city: focusing on education.”

That said, given prior instances nationwide of mask-less Americans storming into stores or otherwise refusing to wear face coverings when ordered to do so by authorities, Warnick noted that citations and fines remain a possibility.

“Obviously people can be subjected to it in the event that there’s repeat offenders or blatant disregard for the order,” Warnick said. “But at this point we’re focused on the education.” 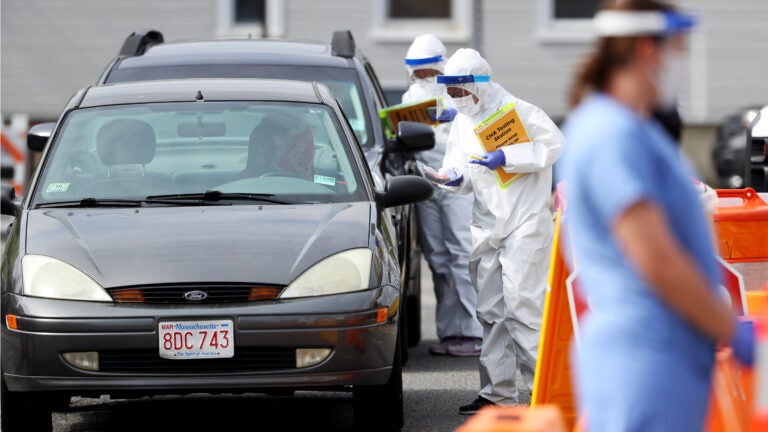