The New York-based real estate firm that manages Faneuil Hall Marketplace said Tuesday it has paid its outstanding $2.1 million payment in lieu of taxes balance to the City of Boston.

Ashkenazy Acquisition Corp. was served a notice of default from the Boston Planning and Development Agency last week, which indicated the firm missed two payments of $1,050,519 and allowed a lien on the historic property — a violation of its lease with the city.

Without immediate action taken, the BPDA could have terminated the lease.

In a statement from BPDA Director Brian Golden, the agency also alleged Ashkenazy Acquisition had not done enough to support the site’s small businesses during the financial fallout spurred by the coronavirus pandemic.

However, in a statement Tuesday, the firm said it has not asked its tenants to pay rent since April and has worked with the city to help those businesses keep their doors open, the Boston Business Journal reports.

“To help provide further relief to merchants, a component of our discussions with the City related to making adjustments to the timing of when our PILOT payment was due,” a spokesperson for the firm said in a statement. “Throughout the negotiations, whether or not we would make the PILOT payment was never in question. For these reasons, we were taken by surprise by the City’s latest position.”

Under its lease with the city, the firm rents the property for $10 a year. A decades-old agreement does not require it to pay Chapter 59 property taxes, but rather PILOT installments based on prior revenue every year.

According to The Boston Globe, the company also resolved the lien put on the property by an HVAC installer due to a debt of over $110,000.

Golden, in response, told the Journal Tuesday the BPDA appreciated the firm alerting the city about those developments, but added that “we continue to be concerned about the small, locally-owned Faneuil Hall Marketplace tenants, and will to work with ACC to support them during this challenging time.”

The city’s grievances with Ashkenazy Acquisition over how to support the shops and restaurants at the popular marketplace date back to earlier this year. In June, the BPDA and city leaders called out the firm to do more to help those businesses, although the company said it already had a rent repayment program for tenants in place through 2021.

“We will continue working with merchants independently to identify the best solutions we can that rectify outstanding rents and adjust our agreements moving forward,” the firm said in its statement Tuesday, the Globe reports.

Sara Youngelson, a member of the Faneuil Hall Marketplace Merchant’s Association, told the Journal merchants have reported an 85 to 90 percent drop in sales during the health crisis.

Ashkenazy Acquisition representatives indicated to the association’s executive board last week that they will not renegotiate lease terms or rent, according to Youngelson, who owns three businesses at Quincy Market and Faneuil Hall.

Stores and restaurants probably won’t see a significant business rebound until 2022, she told the Journal.

“We’re not going to be able to pay the rents that are in our leases to get to that point,” Youngelson said. “It’s impossible.” 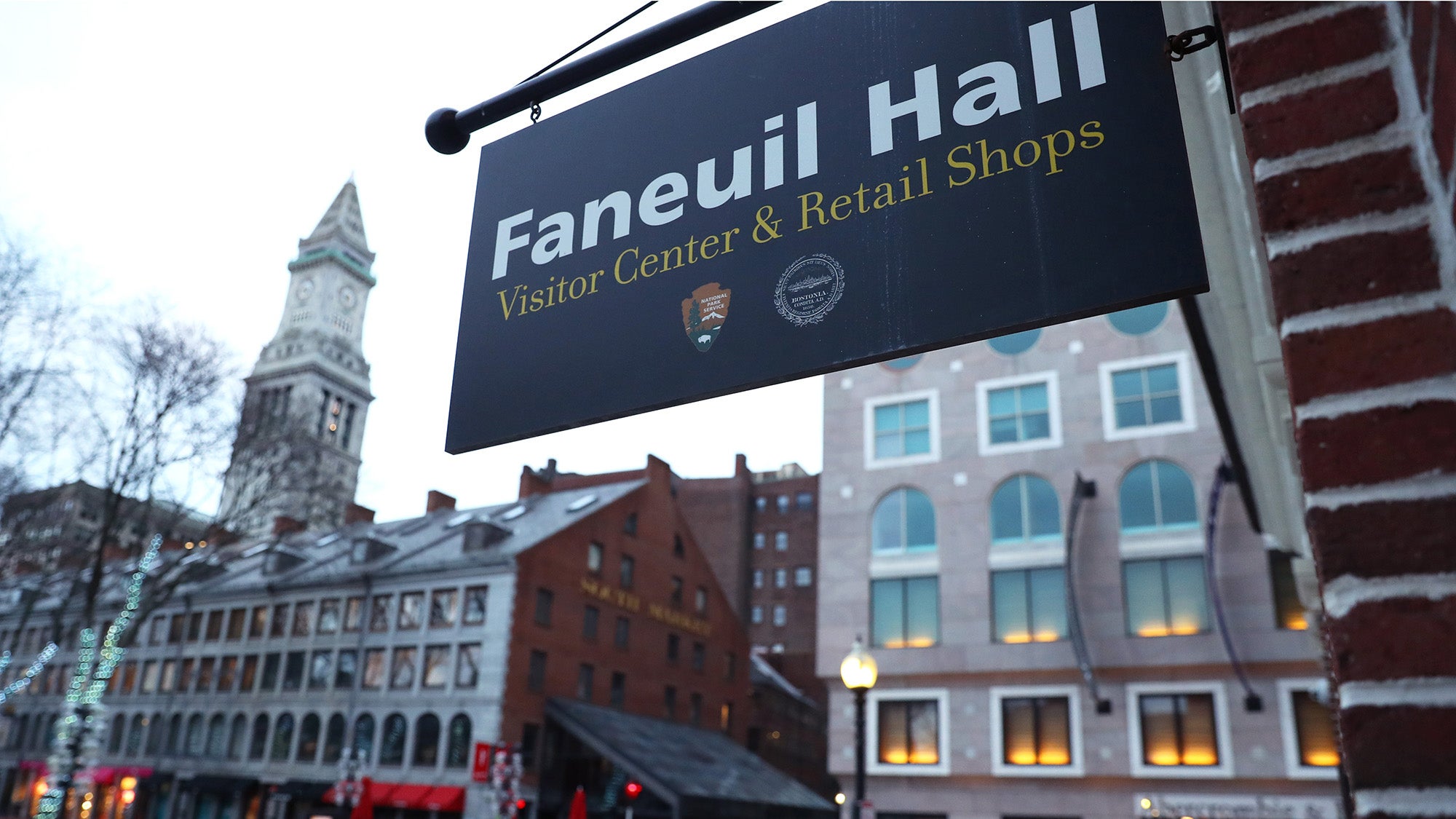 On the hook for over $2 million, the firm that manages Faneuil Hall Marketplace could be evicted