Massachusetts officials are bringing back the southbound I-93 carpool lane in Somerville and Medford — a bit earlier than expected.

The state’s Department of Transportation announced Wednesday evening that it will reestablish the separated high occupancy vehicle (HOV) lane, which had been opened to all vehicles as part of a multi-year Tobin Bridge construction project, this upcoming Monday, as part of a settlement with the Conservation Law Foundation.

“MassDOT and CLF share the objective of prioritizing the movement of people, rather than vehicles, on the Commonwealth’s roadway network,” Transportation Secretary Stephanie Pollack said in a statement.

The CLF, a Boston-based environmental nonprofit, had threatened to sue the state last year over the decision to open up the HOV lane to single drivers 24 hours a day. The 2.6-mile lane from Medford to the Zakim Bridge had previously been limited to buses and cars with two or more people during the hours of 6 a.m. to 10 a.m. on weekdays.

State officials announced last spring that they would open it up to all drivers as part of an effort to relieve North Shore congestion due to lane closures on the Tobin Bridge, which began in April 2019 and are projected to last a total of two years.

While officials said the change was only temporary, the decision elicited protest from transportation advocates, who said it punished the carpoolers and bus riders that the lanes were originally established to benefit. Additionally, the CLF argued that opening up the HOV lane was illegal, since part of the reason it was originally created in the 1990s was to ensure that the Big Dig adhered to state and federal laws, such as the Clean Air Act. According to the CLF, opening up the HOV lane last spring had resulted in slower bus rides, which disproportionately affected low-income individuals and people of color.

“The elimination of the HOV lane thwarts efforts to rapidly reduce climate-damaging emissions and air pollution from the transportation sector. Further, this choice favors wealthier, single-occupant vehicle drivers traveling from the north shore and burdens lower-income public transit riders and people who choose to carpool,” the CLF wrote a letter last October to Gov. Charlie Baker and the state’s top transportation officials, informing them of the group’s intent to sue MassDOT under the Clean Air Act’s citizen suit provision — unless they could agree to “effective remedies for the violations.”

The settlement announced Wednesday resolves the dispute — and amounts to a “significant victory for our communities,” according to Maria Belen Power, the associate executive director of the Chelsea-based group GreenRoots.

MassDOT crews will be working overnight during this weekend to install HOV lane signage and safety measures ahead of Monday. Officials also say that DOT message signs will be used to notify travelers of the traffic pattern change.

But they aren’t only reinstating the HOV lane.

As part of the settlement, Pollack said the state had identified several steps to “prioritize buses on MassDOT-owned roads,” including a bus-only lane pilot on the Tobin Bridge southbound that will be used by the 111 bus. Belen Power said her group was “particularly thrilled” by the pilot.

“We expect the pilot to last at least one year followed by a permanent lane,” she said in a statement.

According to the CLF, the state will also conduct a pilot allowing buses traveling on I-93 between Woburn and Somerville to use the right-hand shoulder, effectively creating a bus-only lane. Officials will also conduct a study of future locations within the I-495 area for bus lanes, HOV lanes, and roadway pricing — and be required to seek public input before any future HOV lane changes.

While vehicle traffic plunged in the wake of the COVID-19 pandemic, state data has shown that it has more recently rebounded toward its normal levels. Studies had repeatedly ranked Boston as the country’s most congested city.

Transportation officials also brought back the HOV “zipper” lane in Boston and Quincy (which they stopped deploying due to the dramatic decrease in travel due to COVID-19) this past June after traffic began to return.

“Now is the time to improve transit options and avoid the gridlock that plagued our region before the pandemic,” Staci Rubin, a senior attorney at the CLF, said in a statement Wednesday. “Reinstating the HOV lane and committing to pilot bus lanes on both I-93 and the Tobin Bridge will drastically improve commute times and protect the health of overburdened communities like Chelsea and Somerville. 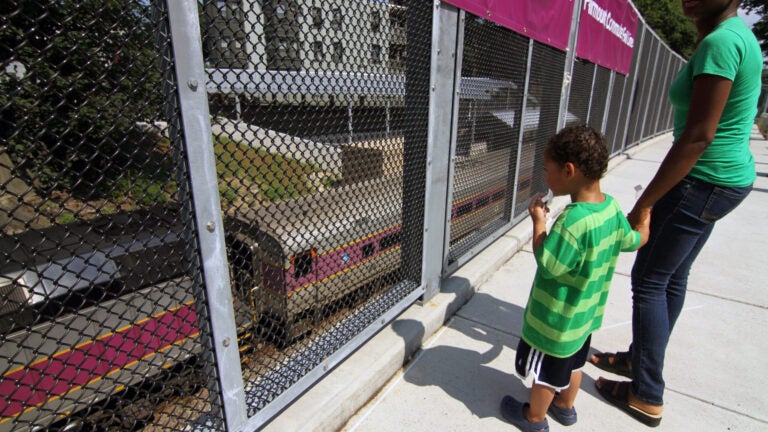