A five-car crash on I-95 just before exit 3 in Attleboro left two people with life-threatening injuries Sunday night.

Attleboro firefighters responded around 5 p.m. to multiple reports of the collision, which involved four sedans and a pick-up truck, Chief Scott Lachance reported in a release.

One of the four-door sedans had sustained major damage in the crash, Lachance said, and the man and woman inside were trapped with serious, life-threatening injuries.

Firefighters reportedly had to extricate them from the vehicle before an ambulance rushed them both to Rhode Island Hospital.

“The driver of the pick-up truck, a man, and three women in the remaining involved sedans, suffered injuries that are not believed to be life-threatening, and were taken by ambulance to SturdyMemorial Hospital,” Chief Lachance added.

I-95 was closed off for about 45 minutes afterward while crews worked to clear the scene.

No further information was available Sunday night, and fire officials said the State police Collision Analysis and Reconstruction Section is investigating the incident. 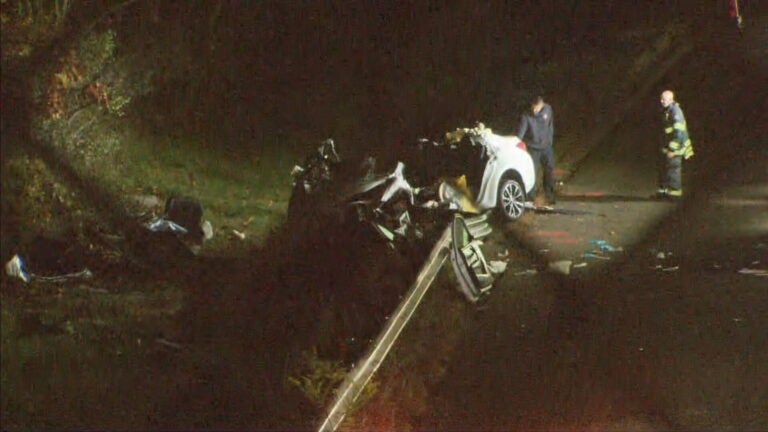