The 78-year-old driver of a Cadillac Escalade crashed through the front entrance of a Panera Bread in North Andover Thursday, and the moment was caught on video.

The driver and her companion had just finished shopping at the nearby Ace Hardware before they rammed into another vehicle and slammed into the restaurant while trying to exit the parking lot, witnesses told NBC10 Boston.

“We heard a huge thud,” Alexandra Bonugli, an employee at the Supercuts location next to the restaurant, told the news station. “We were like, ‘What the heck was that,’ and we went out to see what happened.”

State Sen. Diana DiZoglio happened to be in the parking lot and was heading into the Panera Bread when the incident unfolded, she said. She chased after the SUV and yelled for the driver to stop before the impact, she told the outlet.

“I heard a yell behind me,” the Methuen Democrat said. “Right after the yell there were screeching tires and an SUV bolted out of the parking spot that it was in.”

Cellphone video captured the moments after the vehicle shattered the restaurant’s entrance, while security surveillance video shows the driver losing control of the SUV and crashing into the storefront.

Check out the dramatic moments caught on camera when an SUV barrels thru the Panera Bread in North Andover this morning #7News pic.twitter.com/FPwv2LiwWR

Several people ran over to check on everyone, the news station reports.

Five employees and a customer were inside the restaurant at the time. No one was injured, though Stephen Foucher, who works at Den Rock Wines & Spirits next door, said the driver was in shock.

“It could have been definitely multiple fatalities today,” Foucher told NBC10 Boston. “It was pretty bad.”

Police in North Andover say no one inside Panera was hurt when the SUV can slamming through the front window #7news pic.twitter.com/APcqNV0sjs 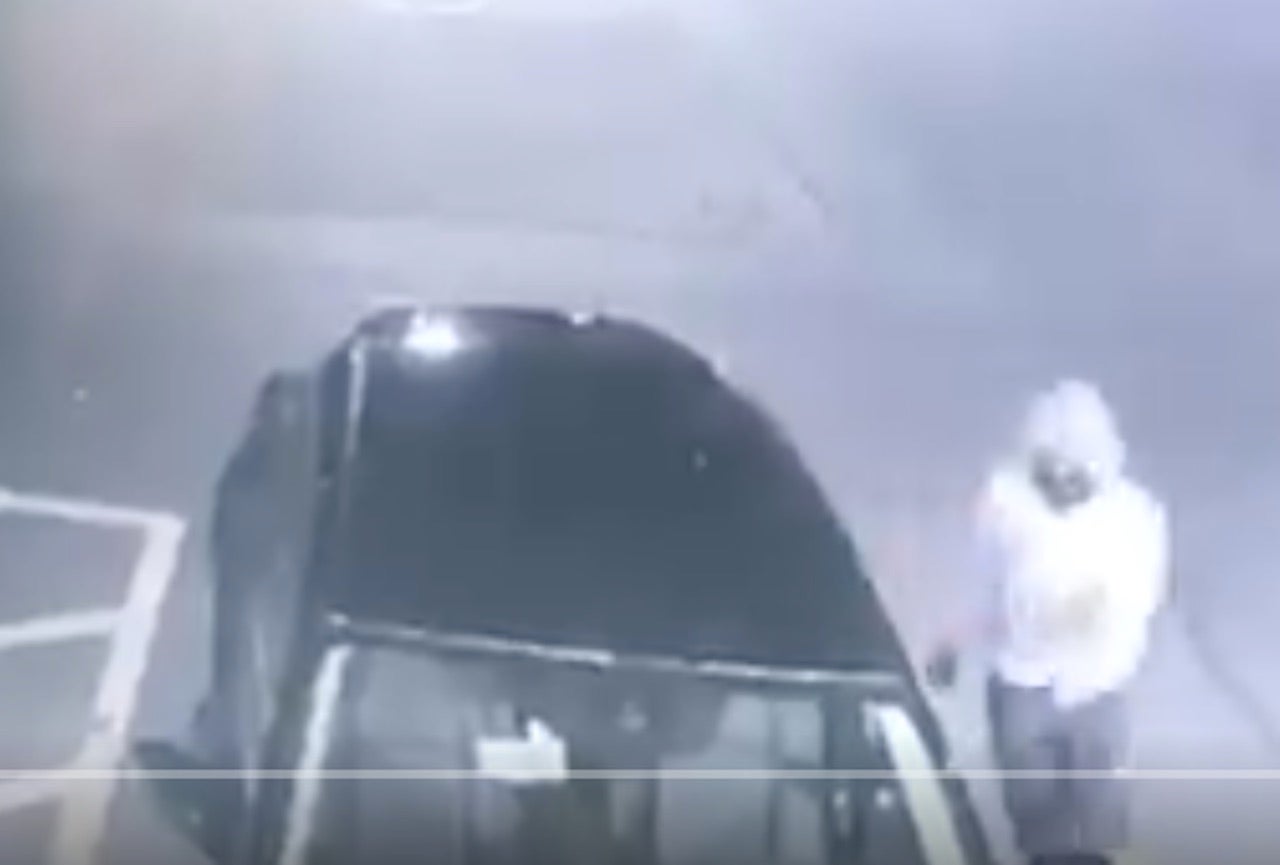