MBTA officials said this fall that they planned to put the first new Red Line train into service by the end of the year.

And with less than 36 hours to spare, they did.

For the first time Wednesday afternoon, a shiny, new six-car Red Line train hit the tracks for passenger service, making a back and forth trip between the line’s northern and southern terminuses. The inaugural trip — from MBTA’s train yard in South Boston to Braintree to Alewife to Ashmont — concluded around 3:30 p.m., according to an online MBTA train tracker.

According to the T, it was the first time a new Red Line train entered service since 1994, with many more to come. 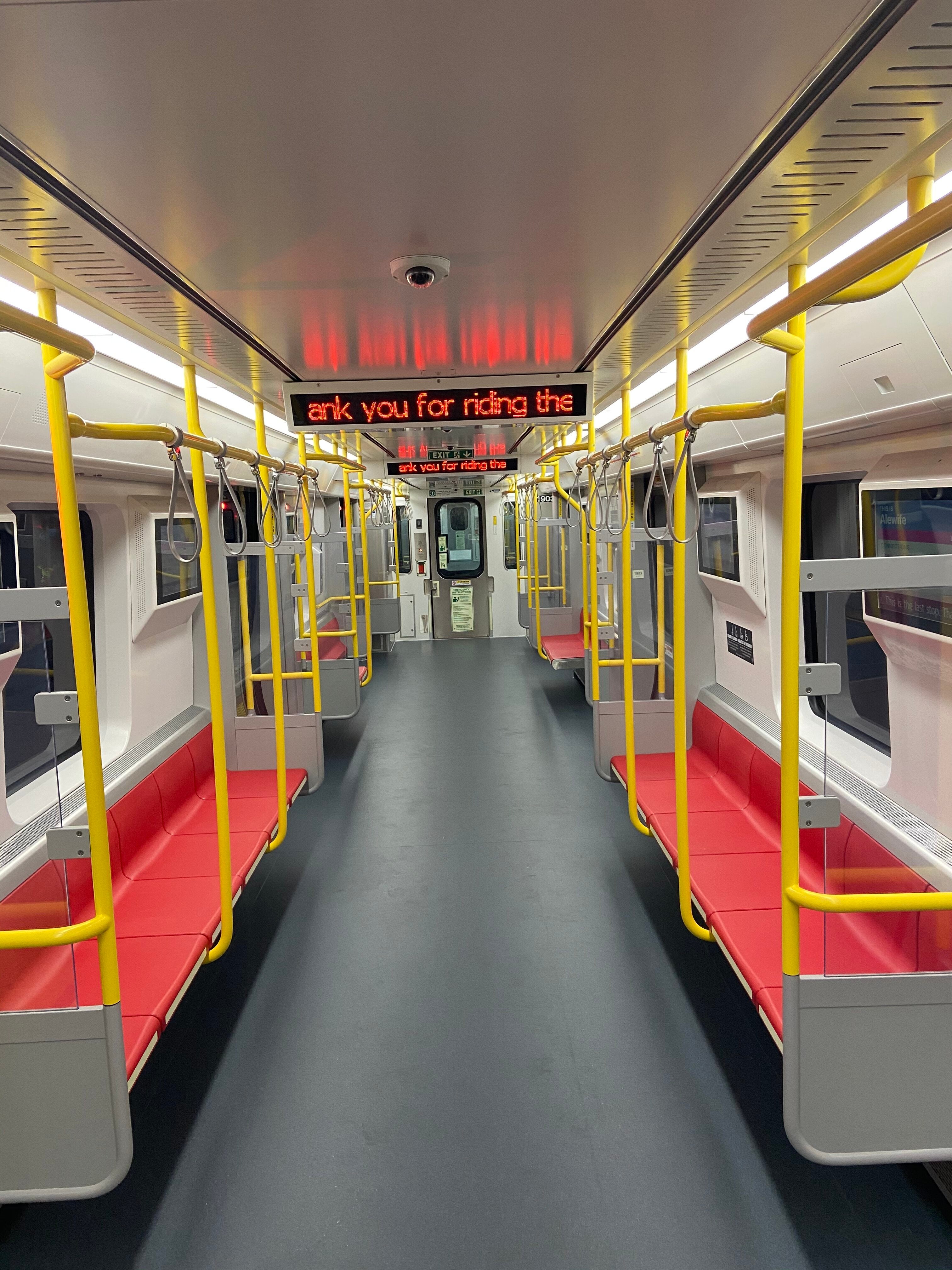 The MBTA is planning to put a total of 252 new Red Line cars into service by September 2024, as part of a larger Red Line improvement project.

Originally, the agency hoped to have the full fleet in service by September 2023. However, production delays, exacerbated by the COVID-19 pandemic, knocked the delivery schedule off track (the delivery of the rest of the new Orange Line fleet has also been pushed back until April 2023). “While the MBTA is pleased to put the first new Red Line train into passenger service, there is much work ahead of us,” Steve Poftak, the MBTA’s general manager, said in a statement Wednesday. “As we enter 2021, the cars’ manufacturer and our vehicle engineering team are singularly focused on improving the pace of production and delivery.”

The new Red Line cars are more spacious than the old ones, some of which are a half-century old. They also feature digital information screens showing the train’s location, next stop, and connections. Other features include wider doors, more handrails, and a LED lighting system. And like other transit agencies across the country, the MBTA is ditching the Red Line’s old cloth seats for plastic. 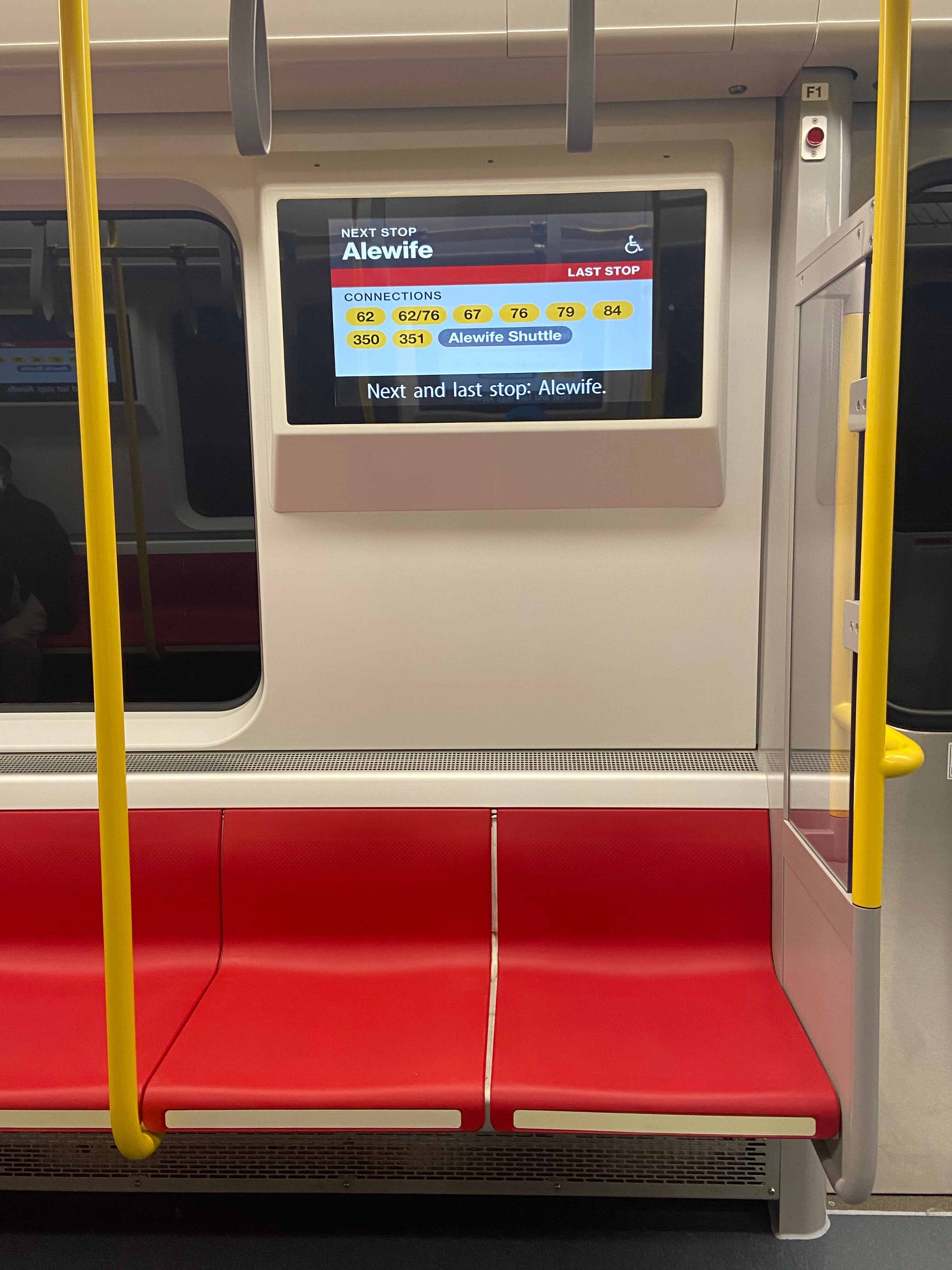 Similar to the new Orange Line cars, the new Red Line cars also make a beeping sound when its doors are open that becomes more frequent as doors are about to close. MBTA officials say the sound is an accessibility feature, intended to help riders with vision impairments, that was added following input from advocates. 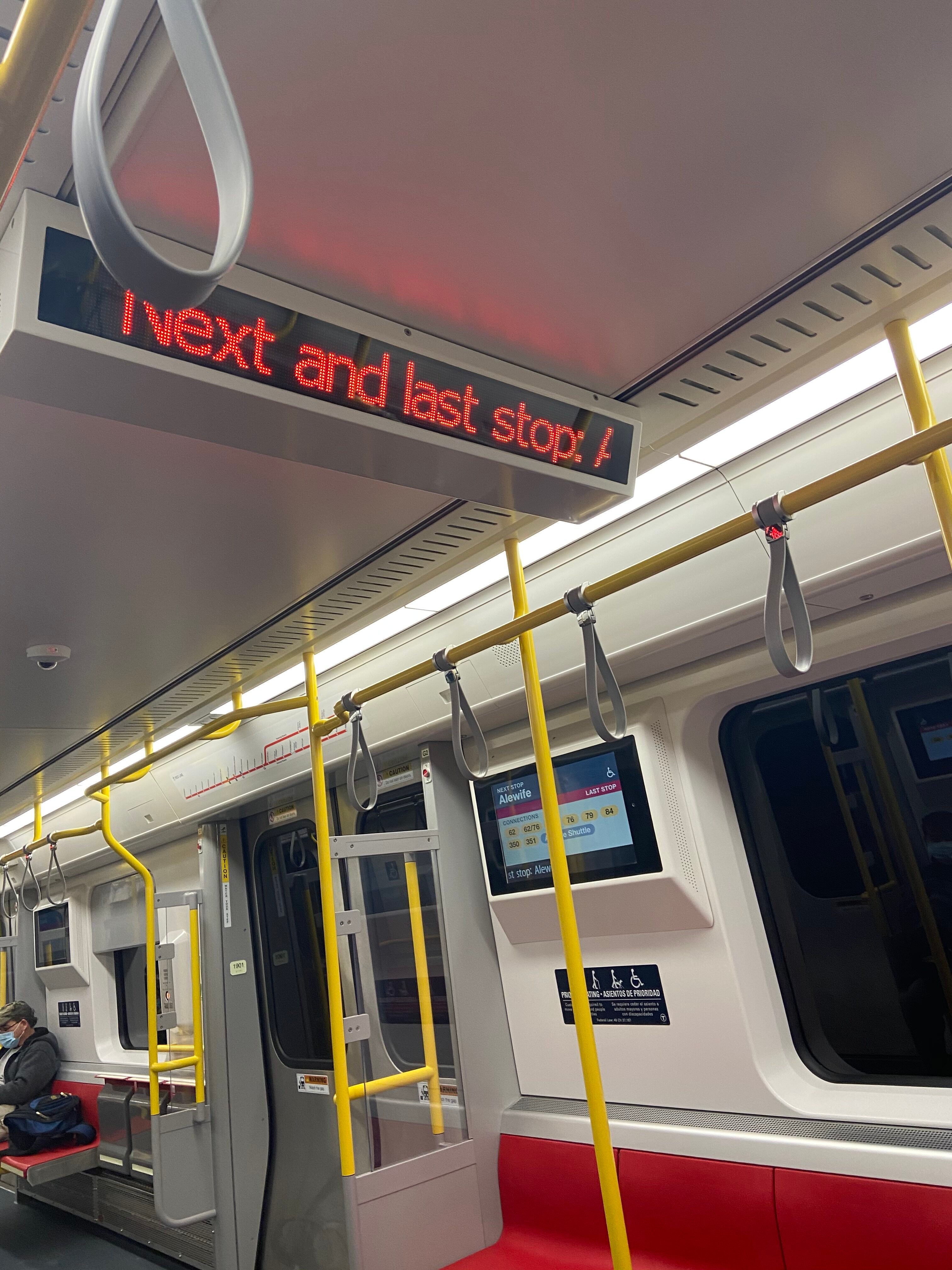 Poftak says the MBTA will “closely monitor” the new Red Line cars, just like the new Orange Line cars, which have been periodically pulled out of service to address various technical issues. Officials said the early detection of any issues with the first cars put into service is important to allow corrective actions to be taken in the production of the rest of the fleet.

Ultimately, the new, expanded fleet will allow the MBTA to cut wait times between each Red Line train to just three minutes, Poftak has said.

However, in the short term, the agency plans to cut service next year due to the pandemic-induced decline in ridership and subsequent collapse in fare revenue. On the Red Line, the 20 percent reduction in train frequencies would mean wait times of five-and-a-half minutes and eight-and-a-half minutes during off-peak times.

Officials have stressed that the cuts are intended to be a temporary and won’t completely derail long-term improvements.

“When ridership begins to rebound in the future, new trains and major infrastructure improvements will combine to provide Red Line and Orange Line riders with safe and reliable service for decades,” Poftak said Wednesday.

And there it goes pic.twitter.com/3UdMbFZQUT