We asked Boston.com readers to weigh in on the most important Greater Boston stories of 2020, and not surprisingly, eight of the top 10 stories they chose were either directly or tangentially related to the coronavirus pandemic, which continues to grip the country.

From the local BioGen conference in February, which led to an explosion of cases, to the launch of the vaccine rollout just this month, the news cycle has been dominated — like our lives — by COVID-19: Reports of new cases and deaths are a daily occurrence as hospitals continue to adapt and keep up with case loads. School districts and students alike grappled with the concepts of remote and hybrid learning. Meanwhile, many residents faced food insecurity and unemployment, local businesses and restaurants struggled with forced shutdowns, and the Boston area saw the continued cancellations of beloved local events. At the same time, a historic race for a vaccine played out partially in our backyard, at Cambridge-based Moderna, Inc. Without a doubt, COVID-19 has been the story that defined 2020.

But not completely. Also in the top 10 were the racial justice protests that erupted in Boston, and around the country, last summer in response to the killing of George Floyd by Minneapolis police.

Then there was the departure of a certain quarterback who’d called New England home for 20 years.

Further down the list, the stories are more of a mix. The election, including Sen. Elizabeth Warren’s failed presidential run and Sen. Ed Markey’s tough primary battle with Rep. Joe Kennedy III, loomed large, as did the state police’s overtime scandal, along with the preponderance of sharks that made their way to the Massachusetts coastline.

In all, more than 300 readers registered almost 1,200 votes for their top local stories of the year. Here’s a look at how the top five broke down, followed by the full list of responses.

“Other” options cited by readers included the tragic crash near Disney World in February that killed four members of a local family; the passing of Celtics legend Tommy Heinsohn; the antitrust complaints filed against top tech industry players; and the trading of Red Sox right fielder Mookie Betts to the Dodgers.

Below, some thoughts from readers on the year’s most important news — and their own, personal “top stories” from this most unusual year.

Boston.com readers share their thoughts on the year’s top stories

“No stories compare to the pandemic’s impact on many people directly or indirectly. The governor did what the president didn’t, which was to lead and tell how we can stay safe and limit the impact on our personal lives and the economy.” — John Francis, Medford

“2020 = Covid. Everything else happened in the new socially distanced world of masks and gloom & zoom.”

“Saving lives was at the top of my list. Great job by the governor.” — Mary, Hanover

“There is nothing more important than trying to recover from the global pandemic.”

“It all starts with the pandemic, and ensuing economic collapse that impacted all facets of the economy, from restaurants to jobs overall.” — Dale, Andover

“Housing and food insecurity have been an ongoing issue in this area for decades and have only been exacerbated with the virus. Plus there has been little government help for this. Local operations and people have stepped up tremendously to help and we would be in a much worse situation without them.”

“Moderna developing a vaccine that is more easily transportable, and will help eradicate an international virus is a huge deal and cements Boston’s global reputation as the biomedical/biotech hub, despite the Biogen super spreader event.”

“From what felt like the beginning of a downward spiral — when Tom Brady signed to TB, to the BioGen conference initiating mass COVID spread, to the emotional racial justice protests, to Boston businesses struggling to receive support or survive — Bostonians have experienced extensive lows with barely a glimmer of hope, now visible via the vaccine.” — Jocelyn, Peabody

“Moderna is the big one. This has been a tough year (and let’s be honest — a tough handful of years) to feel proud of the country. But having a Massachusetts company leading the way on a new vaccine technology that could end the pandemic and provide a platform for defeating other illnesses is something to be proud of. And Tom Brady leaving? Just one more reason things will never be the same again!” — Henry, Wellesley

“There are officers within every police department who engage in unethical or even illegal activity. Most officers look the other way because it’s the tradition. I know it bothers some officers more than others but there is still an unwritten code that discourages cops from policing themselves. It’s entrenched and would require lots of guts to deal with.” — Bruce, Gardner

“Because Boston and some of the surrounding towns are police-centric, and generally police-supportive, communities — at least, historically, they have been — I think it’s well past time to question some actions of the police, rather than to consider them above the law. I’m definitely NOT in favor of de-funding the police; we need them to maintain civility and to prevent crime. But some of their attitudes and behavior are racist and excessively violent, and need to be curbed.”

“Question 1 slaps down AGAIN big auto. I am surprised Question 2 did not go, or are people that intimidated to have to think? Maine has had rank choice voting for years, so has Cambridge, yet the state cannot?”

“My dog sniffing another dog’s behind was a bigger story than Elizabeth Warren’s ego-stroking failed presidential run.” — Vivien, Melrose

“Two women of color going against a popular mayor. Did not see that coming. Great for them. I think it’s going to split the vote and give Marty a win, but we shall see. I actually like Marty and what he’s doing for Boston.” — Karen, Scituate

“Dealing with an older family member in another state, getting her into care, cleaning out and selling her condo (35 years), dealing with her COVID diagnosis (and recovery, thank goodness) and other medical issues, and now not being able to see her in person — not even a drive by/window visit — because of covidiots and travel restrictions.” — Amanda, Melrose

“Spent my pregnancy in lockdown due to COVID-19, so that when I finally had my baby, friends didn’t know and were surprised!” — M, Boston

“My top personal story has to be quarantining. I had heard back in late November or December of 2019 that this was going to be a disruptive event for everyone. I was skeptical then, but being so isolated for almost a year now is not only my personal story of the year, but a story of a lifetime.” — Mike, Brighton

“Spending the night with my husband in the ER after he was assaulted by rioters in Boston. We couldn’t have received more sympathetic or professional care.” — Chad, South Boston

“My youngest daughter gave birth to a beautiful, healthy baby girl during the early stages of COVID-19, and she just passed the bar exam! My daughter, not the baby!” — Mary, Hanover

“I guess I’ll always remember how bad our country was with Trump as POTUS, and how happy I was when Joe Biden won the election. Four dangerous years with Trump was coming to an end, and a vaccine was finally on its way to the world. A message from above, that our country was heading back to honesty, hope and health from a horrible pandemic.” — Dot, Foxboro

“Simply surviving and still having a job and a place to live, with everything that’s happened. Also Zoom funerals.”

“My husband of 35 years passed away just as COVID was becoming the pandemic that it is (March 2020). There was no funeral and very few hugs of condolences.”

“My personal top story for 2020 is: So far, neither I or any of my immediate family members have contracted or suffered from COVID.”

“For me, it was being an essential worker (work in mailroom for a financial company) — just 20 of us, it was my other family. And those first weeks of the lockdown driving to work on an empty highway with my fellow essential workers too.” — Stephen, Randolph

“I paid off my student loans, 23 years after earning my second master’s degree.”

“I went back to school. Didn’t think it could be done but I did it. Took my first on-line class at Massasoit Community College and I love it. Didn’t think I would do well with on-line course work at 45 but I love the fact that I don’t have to rush to on-campus classes. I received my master’s in criminal justice from Suffolk University about 18 years ago and I’ve been struggling to go back to school for years. I didn’t make it into a Harvard Extension program, but I’m fine with Massasoit. I’ll still get to where I need to go at an affordable price.” — Lionelle, Mattapan

“I survived without getting sick from the virus and worked at my office since it began.” — Nancy, Dedham

“I began designing and creating paper bag puppets. My daughter and I then created five pirate-themed videos using the puppets to entertain my grandsons in Israel via zoom. They have provided my family and my grandsons with a lot of laughter and fun entertainment during these difficult times.” — Linda, Sharon

Responses have been lightly edited for length and clarity. Boston.com occasionally interacts with readers by conducting informal polls and surveys. These results should be read as an unscientific gauge of readers’ opinion. 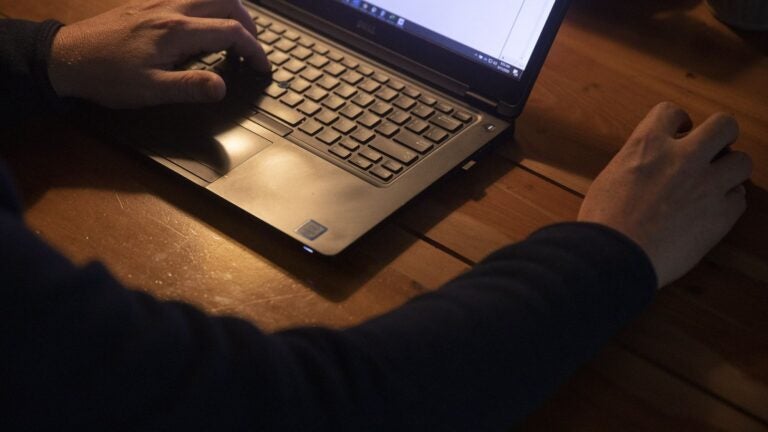 We asked, you answered: Here's what readers want to keep from pandemic life