CAMBRIDGE, Mass. (AP) — A Republican member of Congress has been removed from a panel at Harvard University for making comments that perpetuated President Donald Trump’s baseless claims of widespread voter fraud, the school announced Tuesday.

U.S. Rep. Elise Stefanik of New York was removed from a senior advisory committee at Harvard’s school of government after she declined to resign voluntarily, according to a statement from Douglas Elmendorf, dean of the Harvard Kennedy School.

Hundreds of students and alumni called on Harvard to cut ties with Stefanik, a 2006 Harvard graduate, after last week’s violent insurrection at the U.S. Capitol. Stefanik was one of roughly a dozen current and former public servants on a senior advisory committee for Harvard’s Institute of Politics, a program intended to get undergraduates interested in public service careers.

Elmendorf said the decision was not based on political ideology.

Stefanik responded that it’s a “rite of passage and badge of honor” to be boycotted by U.S. universities.

“The decision by Harvard’s administration to cower and cave to the woke Left will continue to erode diversity of thought, public discourse, and ultimately the student experience,” she wrote in a statement.

🚨 My Statement on @Harvard @harvardiop Bowing to the Far-Left: pic.twitter.com/sCOuPHeAP6

Stefanik was among 147 Republicans who opposed certifying President-elect Joe Biden’s election last week. She condemned the riot at the U.S. Capitol but repeated false claims about “unprecedented voting irregularities” in the presidential election.

Stefanik, who represents an upstate New York district, was reelected to a fourth term in the November election. 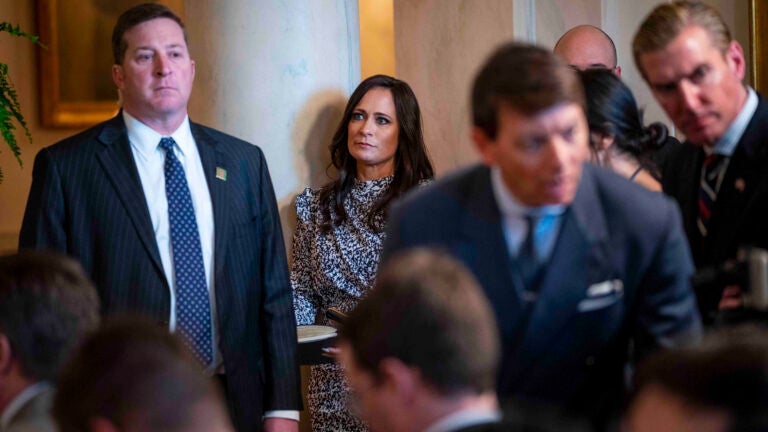