Boston leaders say they are scrapping plans for the redesign of Roxbury’s Melnea Cass Boulevard — a controversial project that initially sought to remove 124 mature trees in a bid to make the roadway more pedestrian friendly.

“Over the last several months, we have had many conversations about the plans for Melnea Cass Boulevard,” reads a letter sent Thursday to the community from the city’s Chief of Environment Chris Cook, Chief of Equity Dr. Karilyn Crockett, and Chief of Streets Chris Osgood. “Based on the concerns about the impact of those plans on our shared environmental, social and transportation goals, the City of Boston is announcing the cancellation of the current design for the Boulevard’s reconstruction.”

The improvements sought to add bike lanes to both sides of the boulevard, along with additional flood protections and traffic slowing mechanisms. Officials had already scaled down their plans that would have added traffic lanes to the four existing ones.

But residents and activists raised serious concerns about the plan to remove trees alongside the street, calling the move “environmental racism” last year. People of color make up over 90 percent of Roxbury’s residents.

The city intended to plant 205 trees as well as another 140 in the area to account for those that would be removed, but young trees take time to mature and provide the same environmental benefits as their elders, advocates said.

Amid the backlash, officials reconsidered the plan again in September. On Thursday, the city formally announced its intent to move in another direction.

“This is not the end but, instead, a new beginning for this project,” the letter reads. “We remain committed to advancing with urgency the aspirations that we share for this corridor — improving safety for all who use this road; increasing resilience in an area prone to flooding and extreme heat; and, enhancing this ribbon of open space that curls through the heart of our city.”

Cook, Crockett, and Osgood wrote that the city will “deliver a new plan we are all proud of through a process we are all engaged in.”

“In the months ahead, we look forward to designing that process with you,” the letter continues. “We are confident that this process will realize a final design that reflects the aspirations and needs of the communities abutting the corridor. And, while a primary goal of this project will be to strengthen the urban forest in this area, we are also committed to a public tree hearing as part of the project, if that plan results in the removal of even a single healthy tree.”

Melnea Cass, known as “the First Lady of Roxbury,” was an advocate for the Boston’s Black residents, women, families, and children. She served as the NAACP’s Boston Branch president from 1962 to 1964, among other causes, boards, and commissions, some of which she helped found.

The boulevard that now bears her name is also the site of the controversial, proposed I-695 inner belt project in the 1950s and 1960s that would have meant the demolition of hundreds of homes and the lasting impact of a highway cutting through the city’s neighborhoods. Community activism made sure the plan would never come to fruition.

“We are mindful that, 52 years ago this week, a collaboration of residents advocated to stop a highway project along this corridor and instead lay the foundation for today’s Boulevard,” city leaders wrote in their letter Thursday. “We are also mindful that the namesake for this Boulevard organized our city to fight against racism, to empower people to vote, and to expand opportunity for those most in need. We appreciate all that you have done to honor that legacy, and we look forward to taking the next steps with you.” 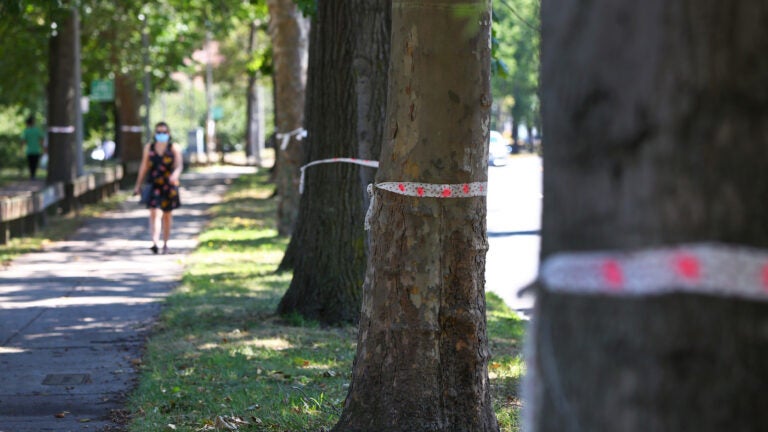