In an interview with CNN, Warren detailed the ways the collapse in jobs due to a battered national economy has impacted more women in the U.S. than men.

“The pandemic has really set women back, and make no mistake, this is not something that women are going to recover from in just the space of a few months or even a few years,” the Democrat told Abby Phillip on “Inside Politics.” “This will have lifetime consequences. And women are getting hit in every direction.”

Sen. Elizabeth Warren says that Kamala Harris’ historic role as the nation’s first female, Black and South Asian vice president signals “women are one step closer” to getting top jobs as the country continues to grapple with gender equality in politics https://t.co/9oy7Z7ROJh pic.twitter.com/jzDKbQ3Sk3

Data released early this month from the Bureau of Labor Statistics showed that the U.S. economy lost 140,000 net jobs in December. While 156,000 women left the workforce, men gained 16,000 positions.

According to a National Women’s Law Center analysis of the data, women have lost more than 5.4 million net jobs since the Covid-19 pandemic began and account for 55% of overall net job loss, with nearly 2.1 million fewer women in the labor force in December than there were in February before the pandemic started.

“Low-income women, moderate-income women have suffered from greater layoffs, they’ve struggled with child care so that they can’t get to work and therefore ended up with more job loss. Women who’ve worked from home have picked up more of the responsibilities at home and cut back on their hours,” Warren explained on CNN. “That has long term consequences for their career, and that’s gonna be felt because it’s just moving them backwards on the path of their work forward. And it will be felt even into their retirement years.”

To help support women, the senator urged raising the wages of every childcare worker and preschool teacher in the nation.

“What we need to focus on is real structural solutions. First one, we need universal child care in this country,” Warren told the station. “We need to join the other high-income nations that make a real investment in letting parents work or in letting parents finish their education.” 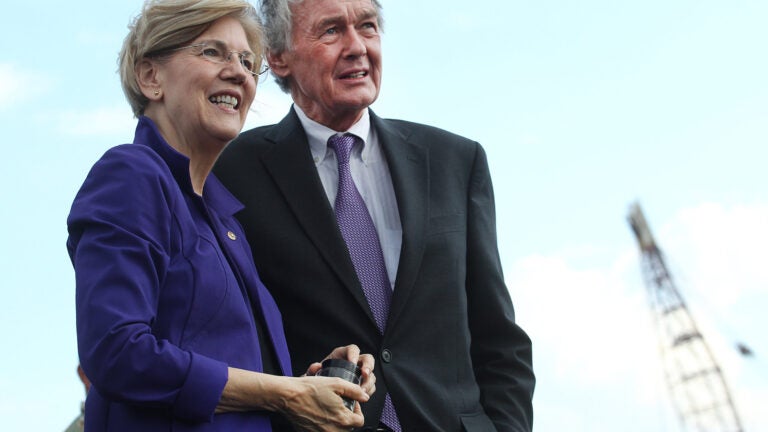 ‘Like a weight being lifted:’ Massachusetts delegation reacts to Biden’s inauguration