Retiring Boston Police Commissioner William Gross took to the airwaves to issue a farewell to his department Friday afternoon — his final day on the job.

“I came here in 1983 as a Boston police cadet, and because of many of you, I rose to the rank of commissioner,” he said just after 1:30 p.m. “You’re the ones that are answering the call each and every day, sworn and civilian. Thank you for your services.”

On Thursday, city officials announced Gross, the city’s first Black commissioner who has helmed the police force since 2018, will retire after a 37-year career serving Boston.

In recent weeks, speculation had grown that Gross, 56, intended to launch a mayoral campaign as Walsh plans to serve as the Biden administration’s secretary of labor.

But amid the news of his departure from the department, Gross said he will not seek Walsh’s seat and will instead honor a promise made to his family of a planned retirement.

In his remarks on the police scanner Friday, Gross thanked the men and women of the department for their work every day, especially this past year.

Gross also paid respect to department members who “have gone on before us, died in the line of duty, end of watch, and COVID-19.”

“Never, ever forget your self-worth,” he said. “And if the haters are listening, so be it. We’re still going to answer these calls each and every day and serve our community, our first responder family: Boston Police, Fire, and EMS. The nation began here. Don’t forget it, and know your self-worth. I love and appreciate you all.”

He paused, his voice heavy with emotion: “So, thank you.”

Listen to the radio broadcast:

William Gross, #Boston‘s first black #police commissioner, is retiring from the department today. Here’s how he said #goodbye on the radio. https://t.co/IT2bxdT3OC pic.twitter.com/RbEcmWTbbw 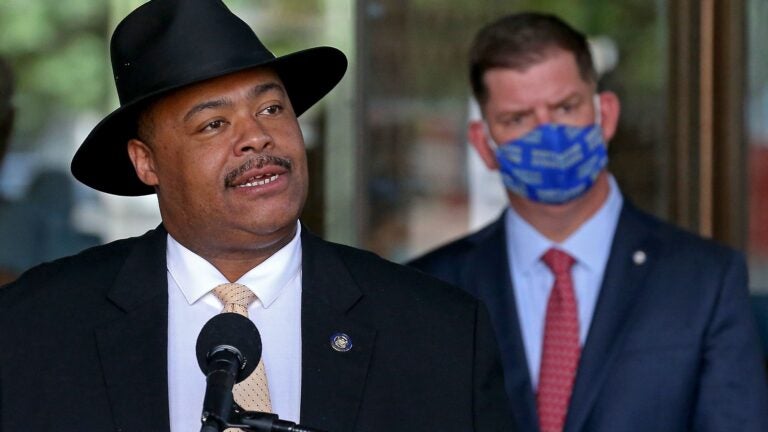 ‘A promise to my family’: William Gross explains why he’s not running for mayor